San Francisco has taken a step in the right direction in the animal rescue process.

The San Francisco Chronicle reports that the board unanimously voted to “prohibit pet stores from selling dogs or cats not obtained from animal rescue organizations or shelters. The amendment also prohibits “the sale of puppies or kittens under 8 weeks old.” 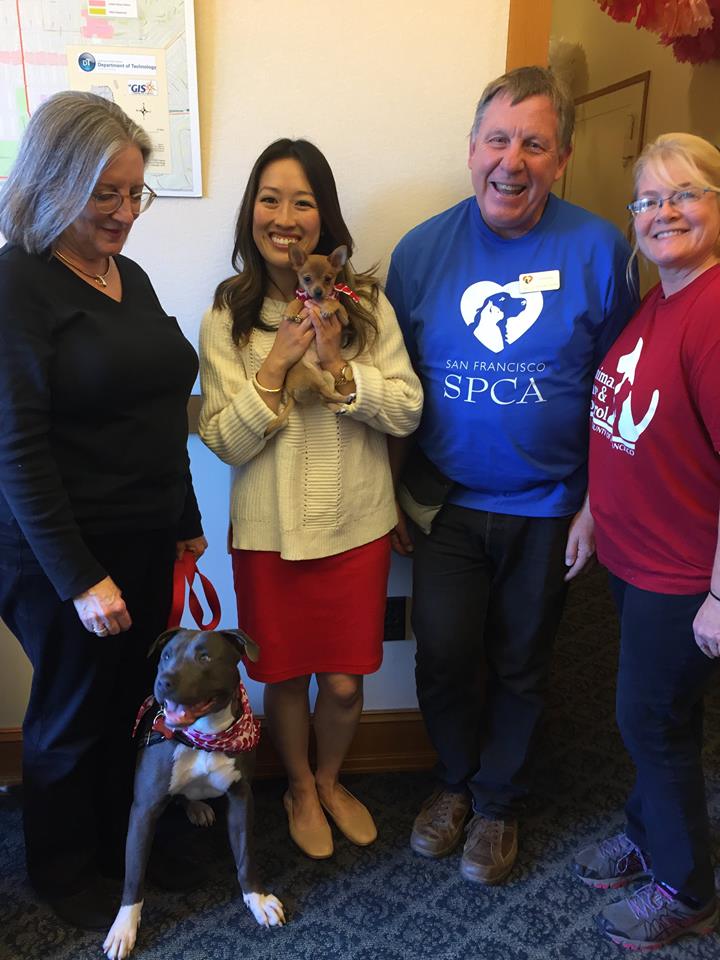 Katy Tang is the District 4 Supervisor in San Francisco and told the San Francisco Examiner ““This proposed ordinance does not prevent responsible breeders from doing business in The City, and San Franciscans will still be able to purchase animals directly from breeders…. the ordinance is designed to bring attention to and halt the inhumane and deceptive practices of large-scale breeding operations”.

One party greatly effected by this amendment is the San Francisco SPCA who took to Twitter to express their gratitude to Supervisor Tang. 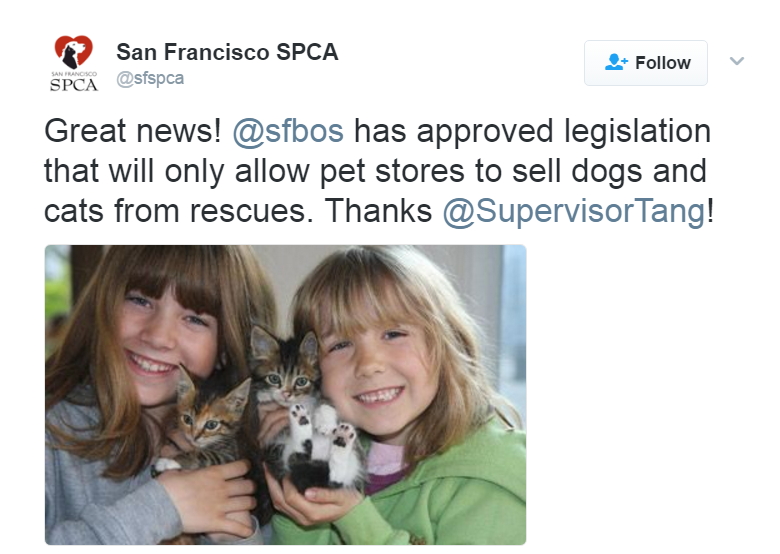 According to the ASPCA, approximately 7.6 million animals enter shelters each year. If more cities like San Francisco can get on board with this amendment, I know that this statistic will dramatically decrease.