Mama Dog And Her Pups Sought Refuge At A Shipping Yard, Anxiously Waiting For A Better Life

Hope For Paws received a call regarding a dog who had been living at a shipping yard and was in need of help. Not only was this dog in need of rescuing, but her newborn puppies were too!

When rescuers first arrived at the scene, their number one priority was to find her puppies. But finding them wouldn’t be as easy as they thought. Although the facility’s supervisor is the one who called the rescuers for help, the security guard didn’t want them taking the puppies away.

Leaving the puppies there would not be a good idea. They were too young to be living on the streets, so rescuers did the best they could to explain that to the guard. They promised him that they would take great care of the pups and get them the help and care they needed and deserved, and eventually find forever homes for them. 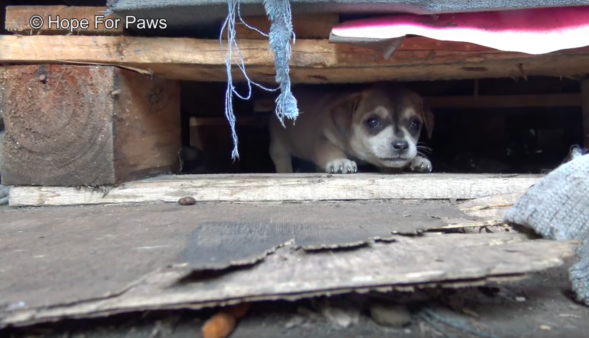 The guard finally listened to rescuers and agreed to show them where the puppies were. The mama dog was very friendly and gladly took food from rescuers hands. They were then able to get a leash around her. All of the puppies but one came right up to rescuers, wagging their tails. The last one was very scared and hid, but rescuers finally got ahold of her. Once they grabbed her, they immediately put her near her mom so she would feel safe again. 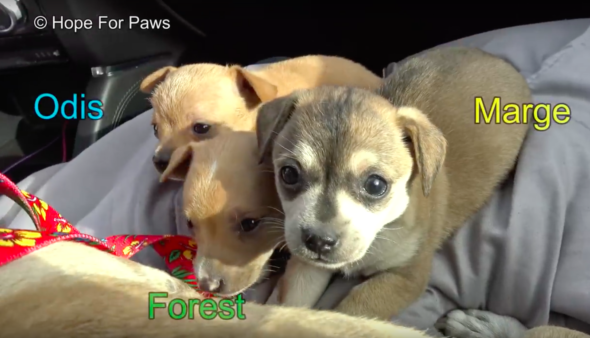 They named the mom Agnus and her three puppies Odis, Forest and Marge. After they were examined and taken care of, Agnus and her babies went to live with a foster, thanks to LA Animal Rescue. The little family is so happy to finally be safe and well-taken care of! Now they await their forever homes. If you’re interested in adopting them, contact LAAnimalRescue.org.