Lambs are such gentle creatures, but according to Tracey with the Farm Sanctuary, Barry Lamb is one of the sweetest she has ever met. It is hard to believe when you find out about the traumatic life the lamb had lived.

Barry was discovered in the backyard of a home in Queens, NY. With a distinct orange spray-painted line running down his back, it was obvious the animal was being sent to a slaughterhouse. However, it is unclear how Barry made it to the yard. Did he escape the slaughterhouse? Was he bought at a live market? We may never know, but Tracey told The Dodo all she knew was that he needed a new beginning. Starting with a gentle shearing to remove the mark that once sealed Barry’s fate, he was introduced to his new life.

While Barry underwent testing to make sure he was safe and healthy enough to be around other animals, Tracey did her best to make the lamb comfortable. She became so attached to the new animal that she found herself coming to his pen to take naps. 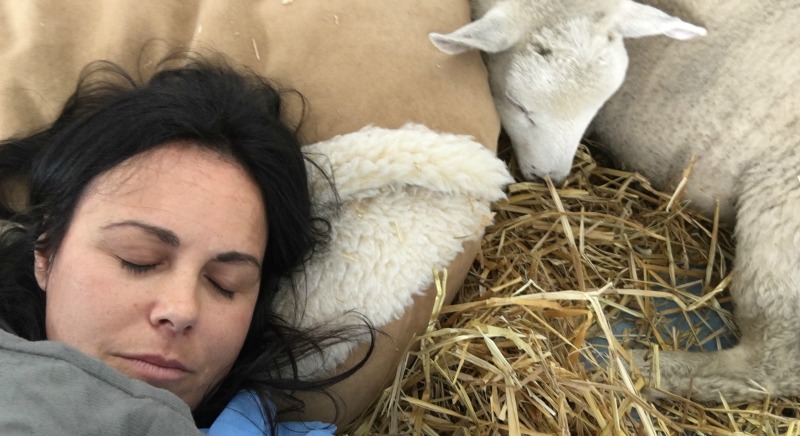 It is absolutely adorable to see how well Barry is cared for and how appreciative he is to Tracey for his new home!