One Is Blind, The Other Guides Him. Together, Their Bond Is UNBREAKABLE.

For many decades, guide dogs have been trained to lead blind people through a somewhat normal life. They act as their eyes, allowing them to enjoy independence in their homes, offices, and wherever else. But have you ever seen a blind dog with a guide dog? If not, you have now! 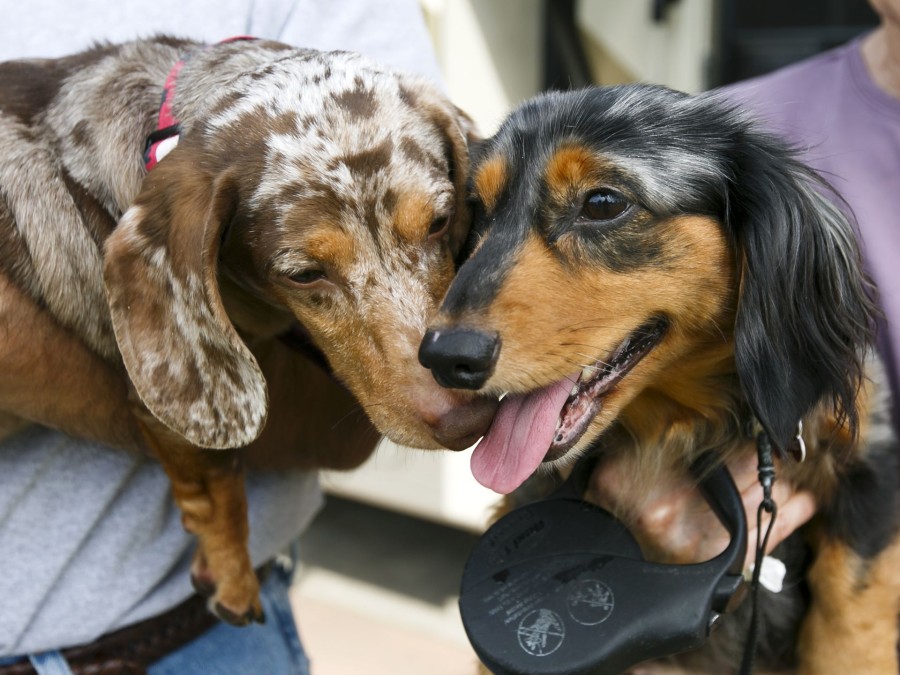 This dynamic doggy duo was abandoned together in Salem last month. Sadly, someone dumped them, along with one other Dachshund, over the fence of a local man who formerly rescued Doxies. 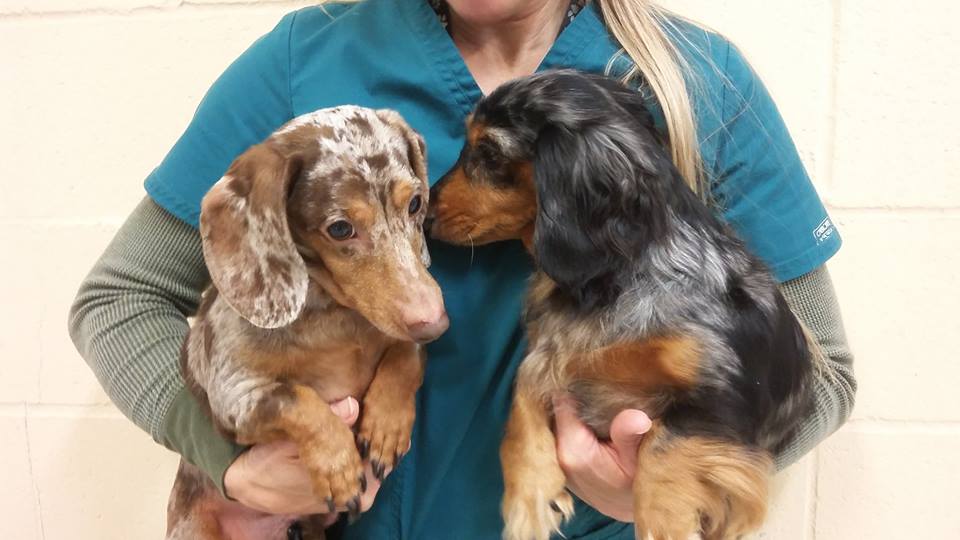 The man no longer rescues dogs, but did take them to the Marion County Dog Services shelter. The shelter then contacted Diane Young a Salem Dogs, a local dog rescue. The rescue took in the two pups, who Young thinks are possibly related. 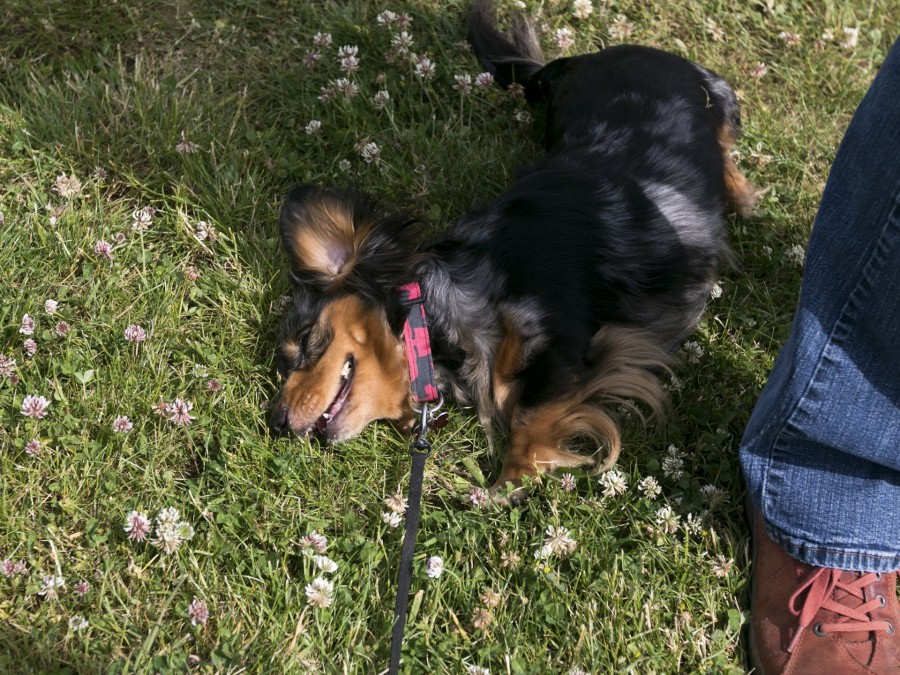 The third Dachshund they were with was healthy and adopted right away. The other two, who are estimated to be between the ages of four and five, required more care. Hilda, a long-haired, black dappled female seemed to be the guide dog for Herbie, a light-brown, smooth-coated brown Doxie who was blind. 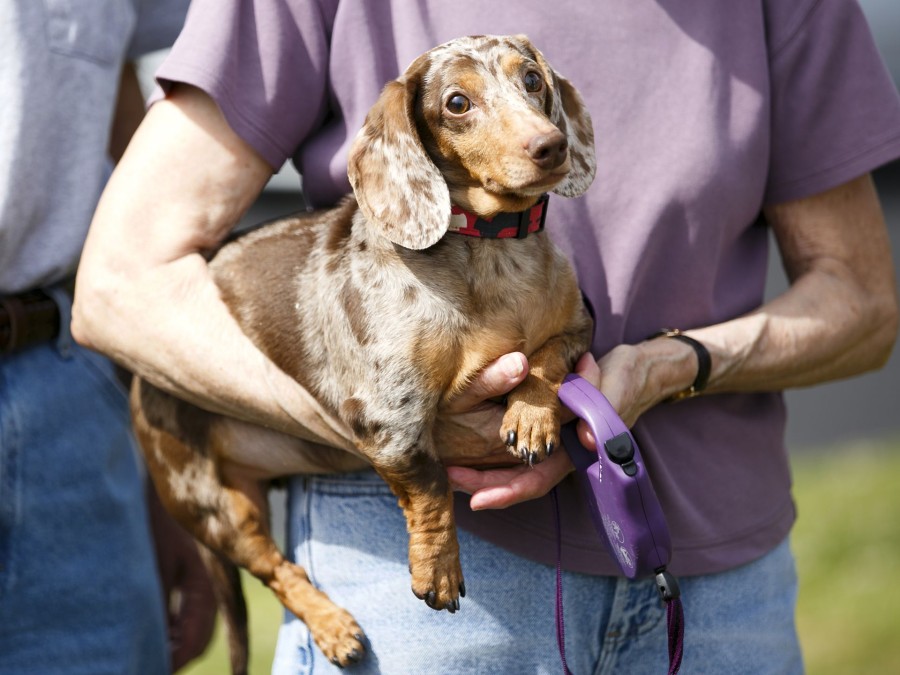 The shelter staff saw Herbie walk into walls, so it was obvious that he couldn’t see much. The think they he sees some shadow and movement, but Hilda stays by him protects him. 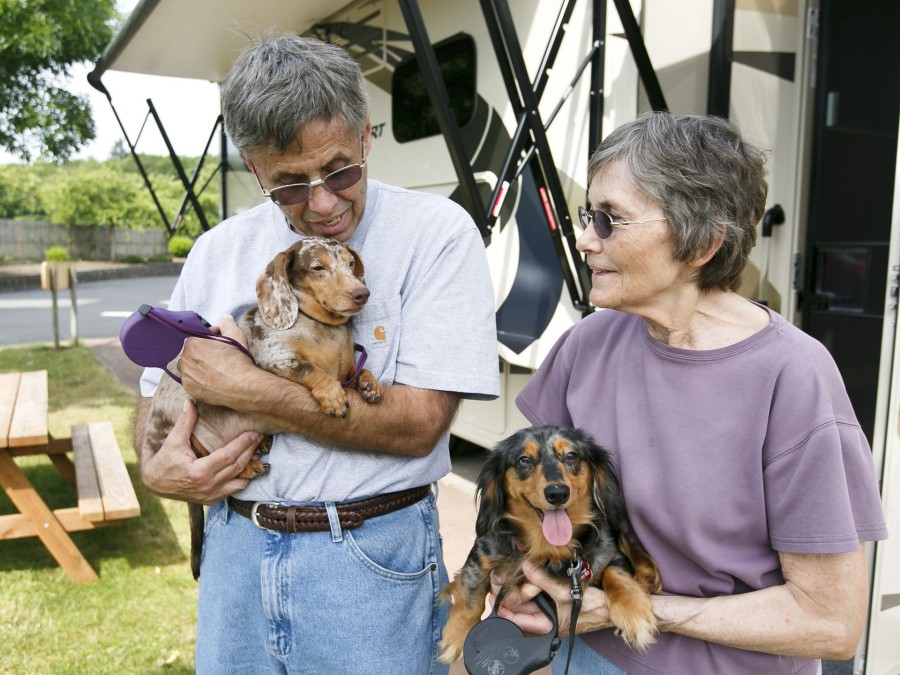