Playful Puppy Swallows Spoon Whole, And Isn’t Fazed By It One Bit

Puppies are just like babies, in that they don’t know their right from wrong yet, and they also don’t know what you should or shouldn’t eat.

This eight-month-old Pit bull/Labrador mix, named Boots, ate something he definitely wasn’t supposed to. Although he actually swallowed it whole rather than ate it. 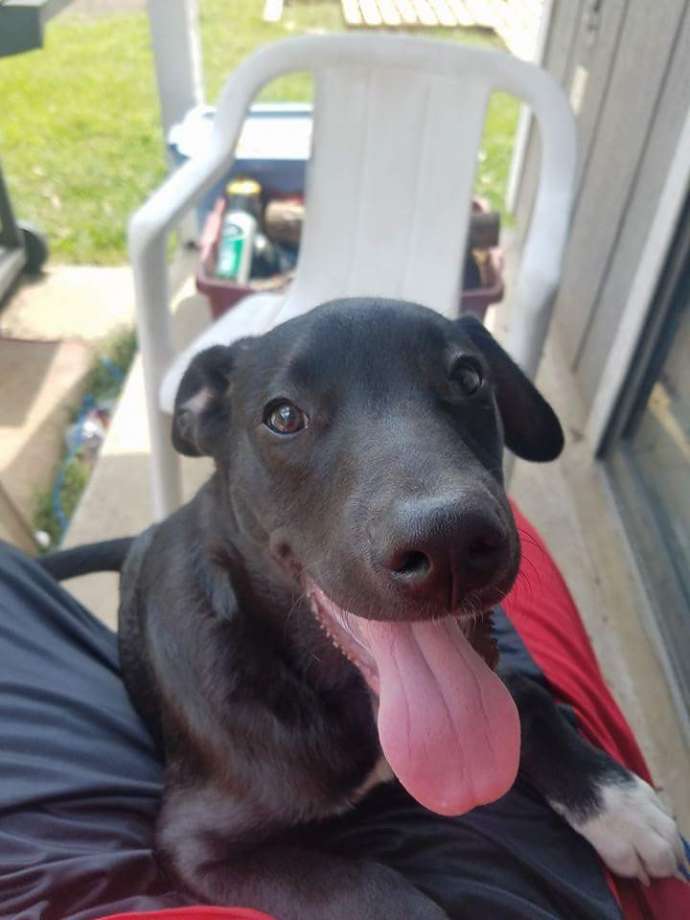 His owner, Christian Nunnelee, who lives in San Antonio, Texas, rushed Boots to San Antonio Animal Hospital after he swallowed a spoon whole. Yes, you read that right. Boots managed to swallow a full-sized spoon whole, and he wasn’t fazed by it one bit.

Boots managed to knock over a bowl of cereal off the counter. But instead of scarfing down the cereal like most dogs would, he went right for the spoon. 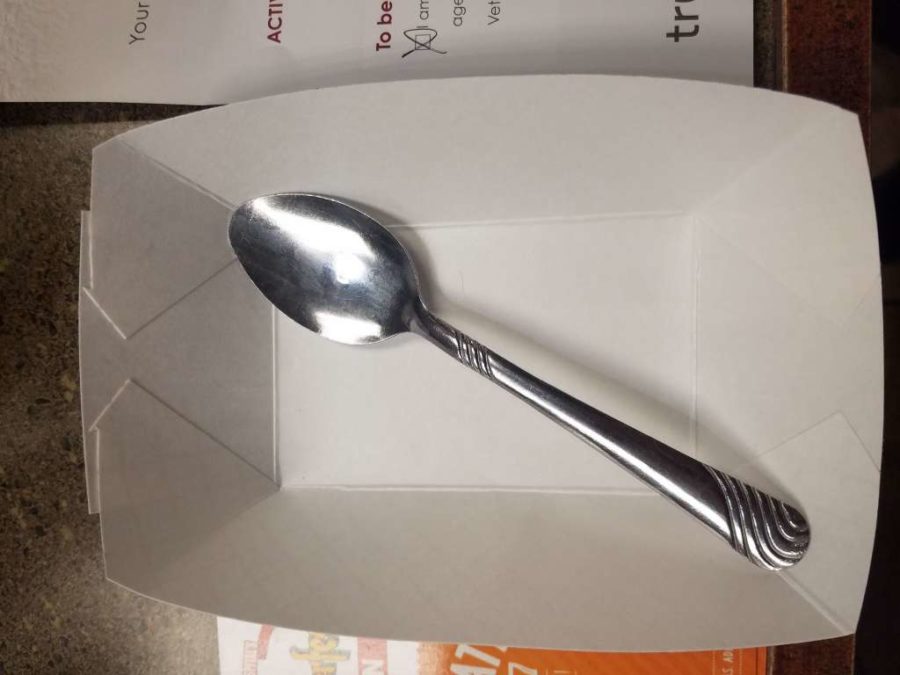 Initially, he tried to bite the spoon, but then ended up swallowing it. Nunnelee tried to get the spoon out and then tried the Heimlich maneuver, but the spoon was already too far down.

But it didn’t seem to bother Boots, who went right back to running around and playing. If Nunnelee hadn’t witnessed Boots with the spoon, they never would have known that he even swallowed it. 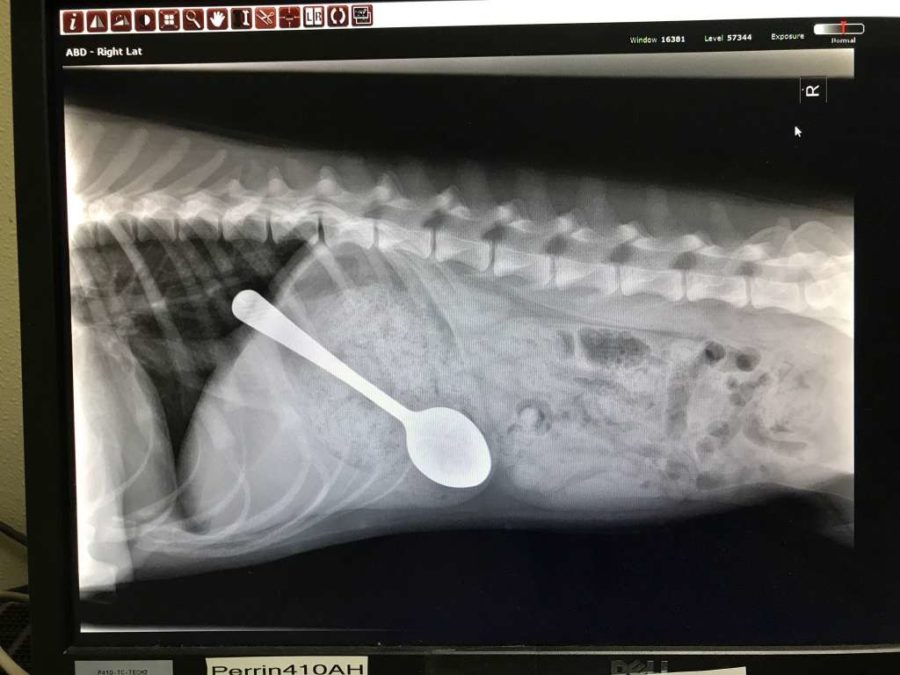 Vets at the animal hospital did x-rays on Boots, which did in fact reveal the spoon, crystal clear inside of him!

They then put Boots under anesthesia and thankfully were able to get the spoon out. Vets said they have never had a case like this, but there’s a first for everything! 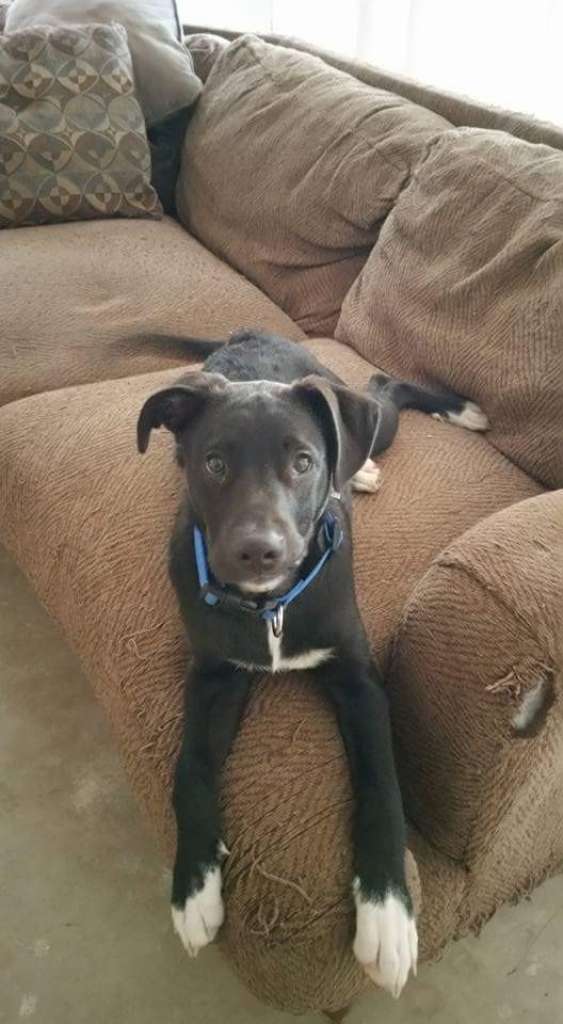 Boots is now back at home and is doing great.

Puppies, and even older dogs, are known to counter-surf, so it’s important to “puppy proof” your home and to keep a close eye on them, just like you would with human babies! As a responsible pet owner, it’s necessary to provide a safe environment for your new fur baby. Your puppy will want to investigate every room, closet, electrical cord, and inch of your yard. It’s best to do a walk-through of your house before you bring your pup home, to make sure there is nothing dangerous that they can get.