A 13-Year-Old Boy Is A Hero After His Quick-Thinking Saved This Dog’s Life!

Bradley North, a 13-year-old student at Parrenthorn High School in Prestwich, England, became a hero when he found himself rescuing a dog in an unusual, but sad, situation. He and his friends were walking home from school when he saw a giant dog in a van with his paws up on the partially-opened window. 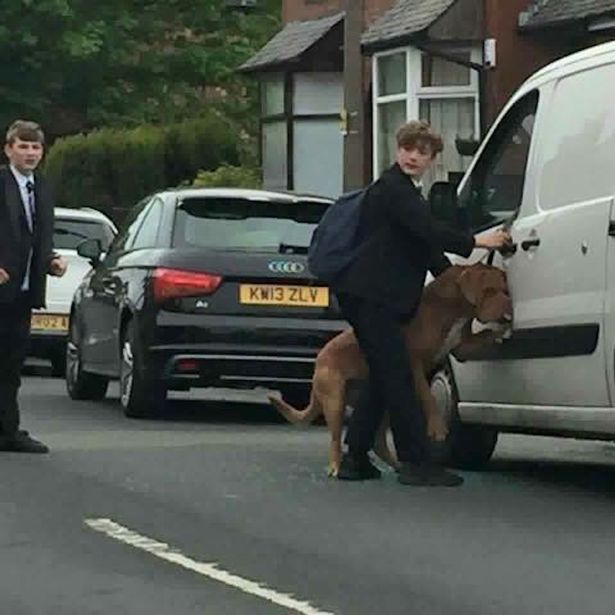 As he walked closer, he noticed smashed glass on the ground from the window, which had been broken. The boy watched in horror as the dog, named Boo, leapt from the window while being tied to a leash, causing it to become strangled and pass out.

Bradley ran to save the French Mastiff, who was hanging there, helpless, with bloody paws. He was able to unhook the dog from his leash and sat there with him, petting him and calming him down. He waited 15 minutes with him until his owner returned. 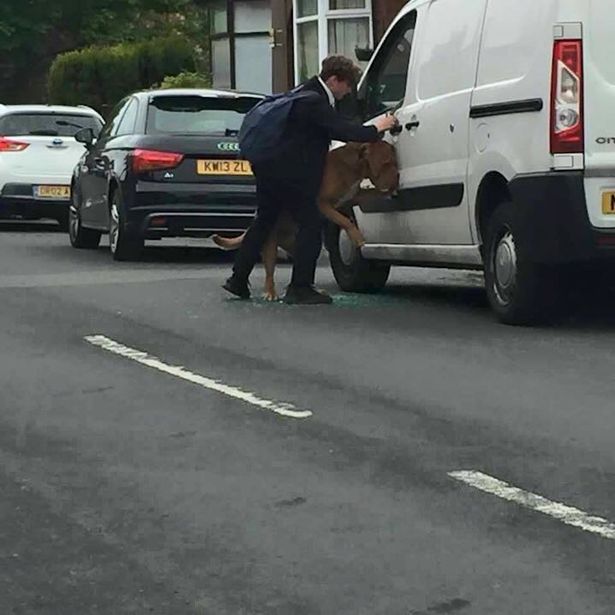 The owner was extremely grateful for Bradley’s help and that the dog was okay. “I have dogs myself, I would hope someone would do that for me and help my dog,” Bradley said. “I was a bit scared, but as long as the dog was ok.”

Passerby Alenka Kilmas saw this dramatic event unfold and snapped these photos, which have since gone viral on the Internet. Thousands of people have praised Bradley for his heroic act.