Save The Lives Of Shelter Cats With Cat Pawsitive

Less than half of cats who enter shelters make it out alive.

Shelters are loud, chaotic spaces, full of unfamiliar sights and smells. The stress of the environment leads shy cats to withdraw and hide, or act out their fear through aggression. And without sufficient activity and mental stimulation, many antsy cats become hyperactive — even destructive.

“Less adoptable” cats like seniors, feral cats, and those with existing health or behavioral issues have an even harder time catching the eye of potential adopters when stressed and hiding. Cats like Wesley. 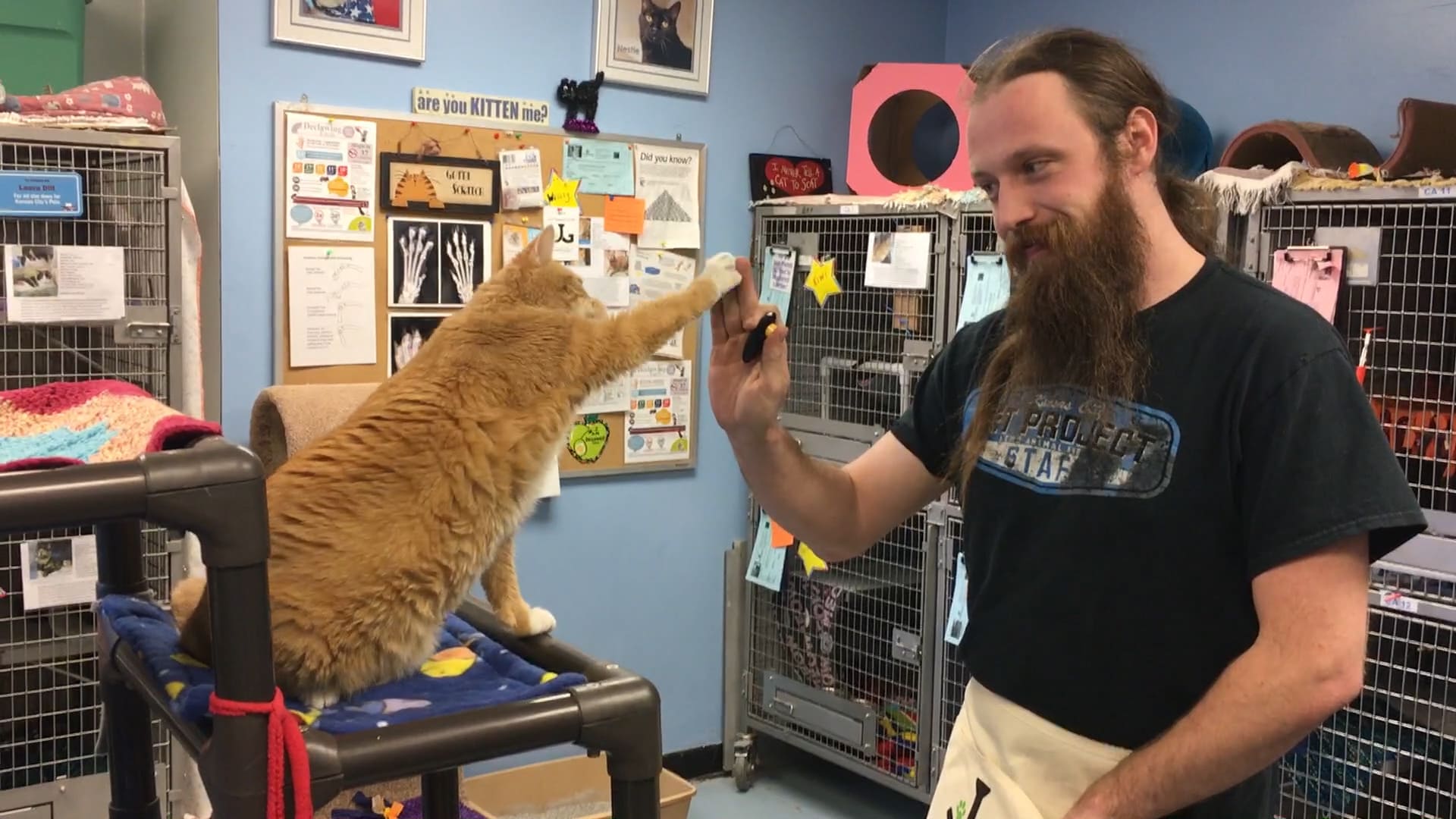 Wesley was an older shelter cat at Kansas City Pet Project (KCCP), often overlooked in favor of the younger cats and kittens. Considered “less adoptable” simply because of his age, he waited unnoticed until the Cat Pawsitive program gave him another chance.

Wesley took to the training straight away, and became a Cat Pawsitive ambassador — KCCP allowed him to roam the halls, showing off his signature high–five to impress potential adopters and raise interest in the program. He helped to boost cat adoptions in the shelter, and these impressive new skills finally landed him in the forever home of his dreams.