Humane Society Launches ‘ipads For Cats’ Program, And The Kitties’ Responses Are Adorable!

Felines in Saskatchewan, Canada, are the latest to join the future technology trend.

Instead of the typical cat nip and mouse toy, cats from the Regina Humane Society are upgrading to iPads. 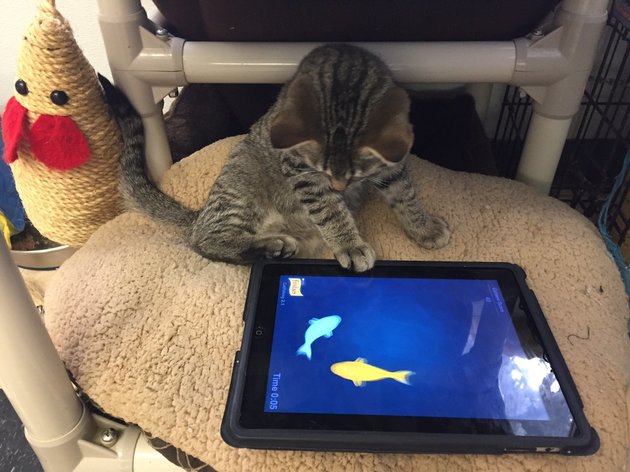 The humane society started to test cat-oriented games from the iTunes store as a formal part of the volunteer program.

Executive director of the Regina Humane society, Lisa Koch, says that iPads give cats the ability to hunt and stalk virtual prey. 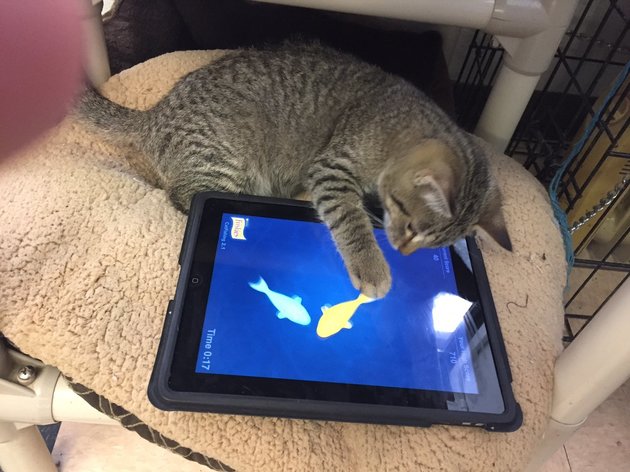 The cats have other physical toys to play with, but seem to be warming up to the idea of playing on the iPad.

Shelter spokesman Bill Thorn was surprised at how well the cats were at sharing. 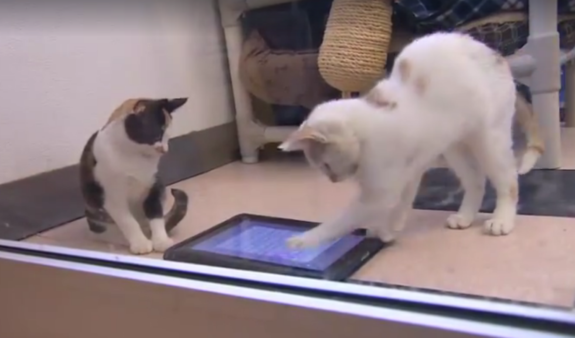 “We usually use the iPads in our communal areas where there are multiple cats roaming freely in one room,” Thorn told the CBC. “They will gather around it and almost take turns playing with it by chasing the images on the screen. Often, this eventually leads to them playing with each other, which is a nice bonus in that they are not only playing the game, but increasing their socialization with each other too!”

In the twenty-first century, it seems that the cats are the latest to become part of the technology era. Now if only they had thumbs to “mouse-click”.