Hazel may look happy now, but her past was anything but that. She was one of two dozen Chihuahuas who were rescued by the SPCA of Brevard from a run-down home in Central Florida. Their owner was a hoarder and forced the dogs to live in absolute filth and were rarely, if ever, allowed outside. Four of the pups were pregnant and in need of foster homes so that they wouldn’t have to give birth in a shelter. 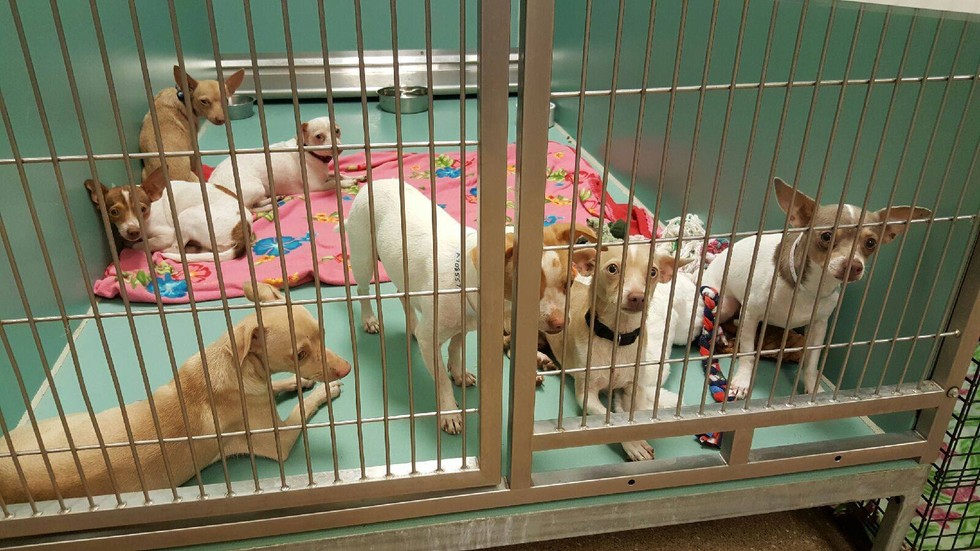 A woman named Melissa Benzel heard about the dogs and offered to take in one of them who needed her help most. That’s when she was introduced to Hazel, who was expecting five to six puppies soon. Benzel welcomed her into her family and fell in love with her immediately. 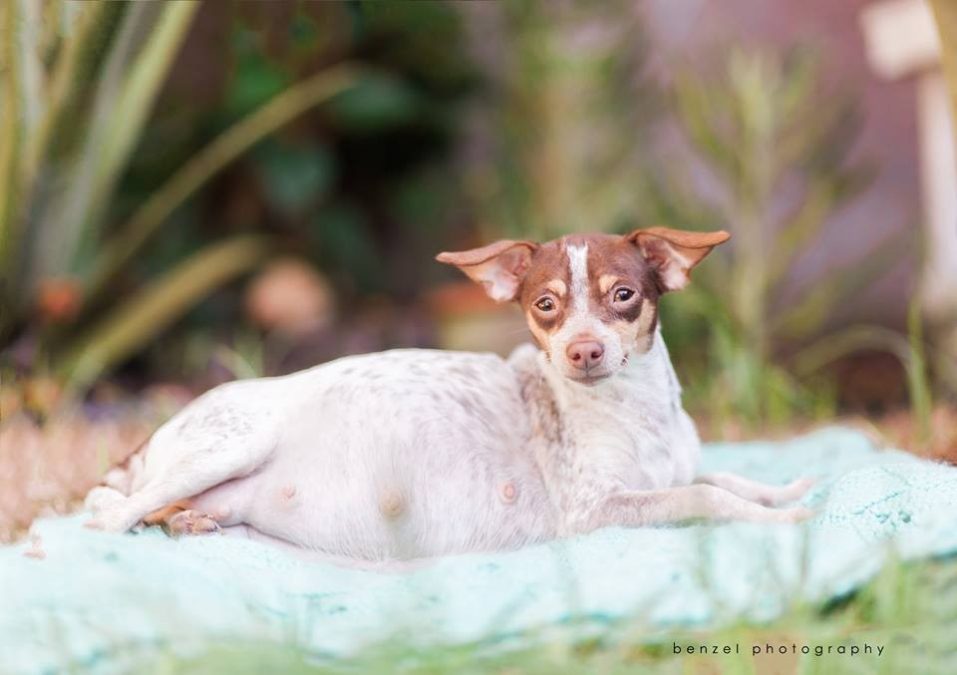 Benzel is a professional photographer and came up with the great idea to do a maternity photoshoot with Hazel before she gave birth. Hazel was an extremely shy dog, never really having much human contact in her life, but Benzel said the photoshoot really helped her come out of her shell. 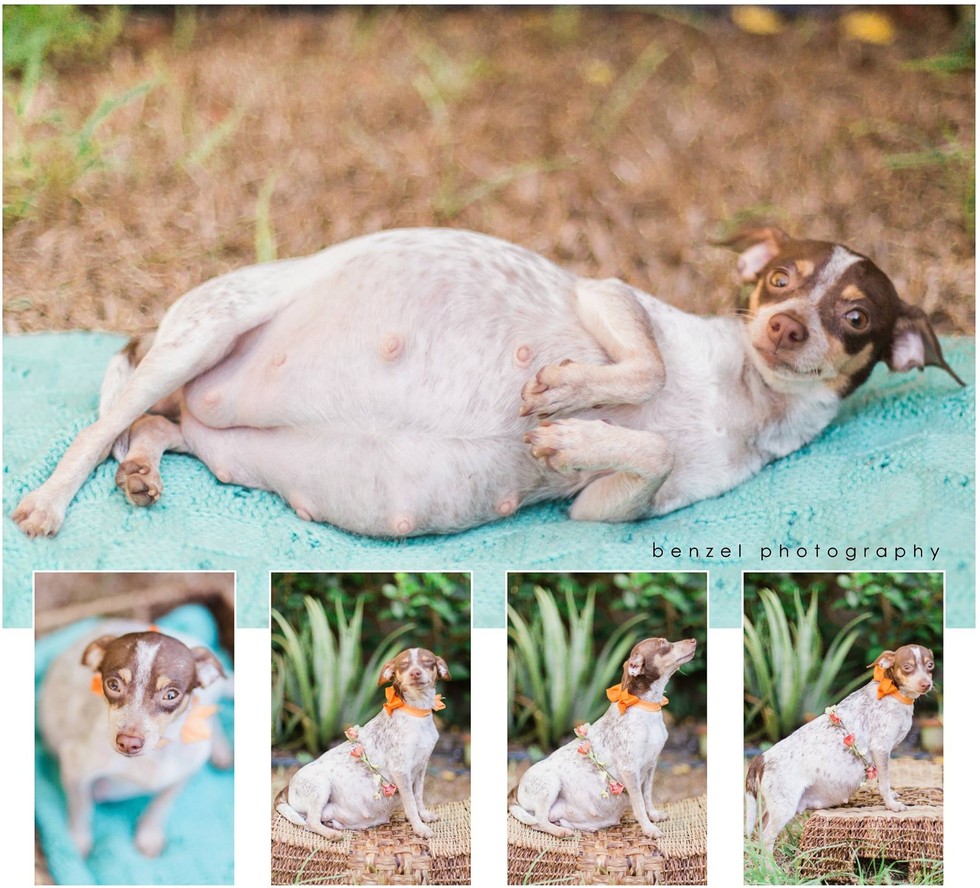 Hazel appeared to have a smile on her face in the pictures. Benzel believes that not only are these pictures about her being pregnant, but they also show a glow on her face and happiness in her eyes as she enjoys the outdoors for the first time. 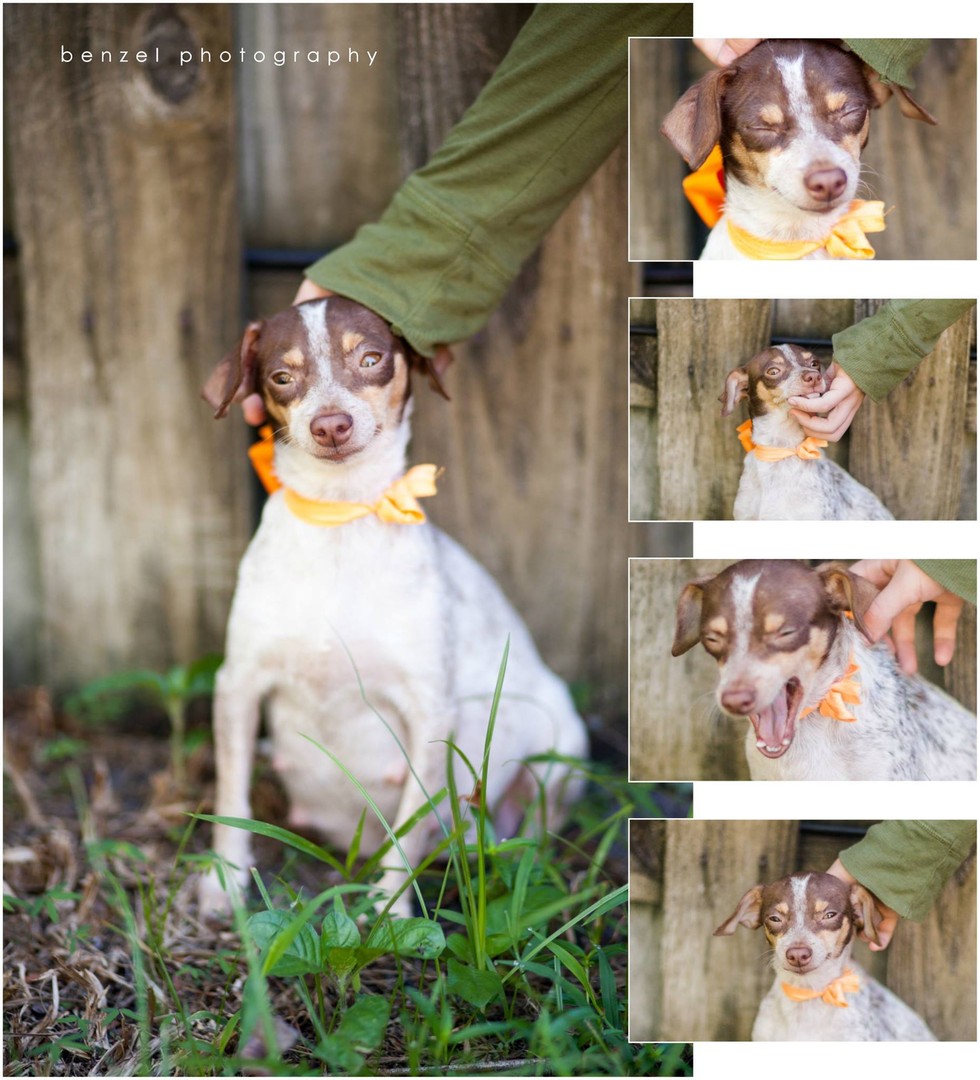