They Rescued Him When He Was A Puppy. Years Later, They Had No Idea, He’d Be The One Saving Them

This North Dakota family saved Cooper, a Golden Retriever, when he was left as a puppy on the road to fend for himself. Now, all these years later, Cooper has been the one to save them. Well, their three-year-old son, Carson, to be exact. Carson was playing on their farm when all of a sudden they noticed he was missing. His mother frantically called 911, and then noticed that Cooper was missing as well. 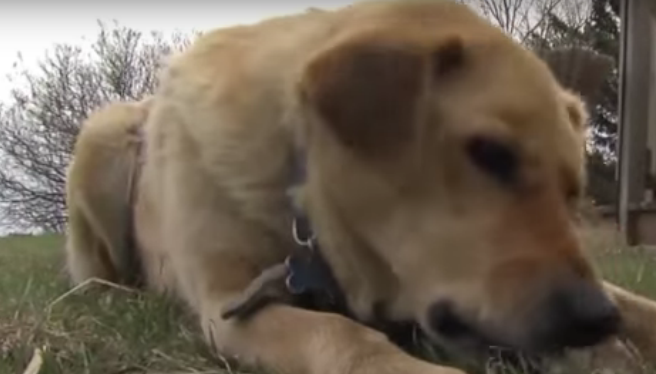 Thankfully Carson was found a mile away, with none other than Cooper by his side. They said they found the boy with Cooper lying over him, protecting him. When the mother found that out, it brought her to tears. Carson told his mom that he was really scared, but Cooper laid on top of him to protect him and keep him warm. What a smart doggy to protect his little human from harm! Watch their story in the video below: