Trenton Ray was driving his girlfriend Eric Cruz to work in Plano, Texas, when all of a sudden a big truck crashed into the back of their car. It hit their car so hard that the trunk folded up to the back seat where their 11-month-old puppy, Daisy Mae, was sitting.

Ray and Cruz were briefly knocked unconscious. Paramedics rushed to the scene to help the couple out of the car when they realized that Daisy Mae had run off and gone missing. 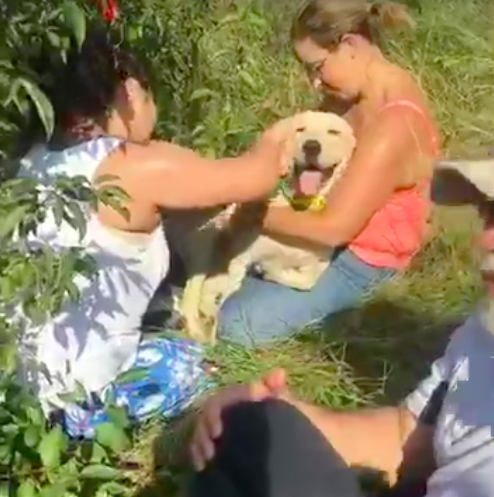 The white lab/retriever mix was eventually found deep in an embankment on the other side of the railroad tracks in a four-foot tall brush. It’s unknown how she got there, but it seems she ran away from the accident after being extremely frightened, and then ended up in the embankment because she was in too much pain to keep running.

Daisy Mae is currently at the animal hospital where she is being treated for a fractured pelvis and femur. Thankfully, Mutts & Mayhem Animal Rescue has stepped up to pay for all of Daisy’s medical expenses. 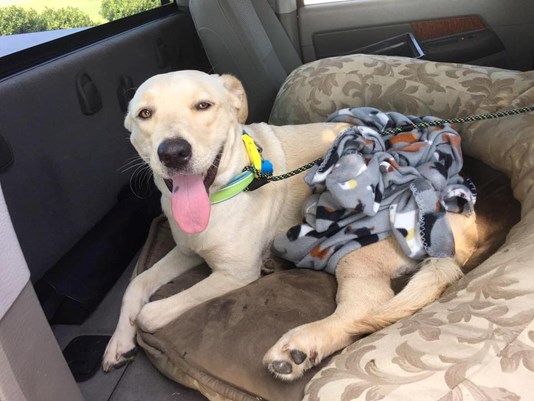 Although Daisy Mae has suffered numerous injuries, the result could have been much worse. She is alive and with the help of the doctors, she will be healed in no time.

Her owners are also alive and well, and soon they’ll be able to take their beloved pup home once she has fully recovered.

Watch the full video below from when Daisy Mae was found: