We have heard many stories of animal rescues as hundreds were displaced by devestating flooding in Southern Louisiana. However, the latest to circulate the Internet has been an inspiring reminder of the resilience of the community.

Professional photographer and pharmacist, Scott Black had the chance to document this particular story. As the flooding got closer to his work, he finally decided to head to higher ground. As he was leaving, a familiar truck pulled up and told him they had something he would want to see. 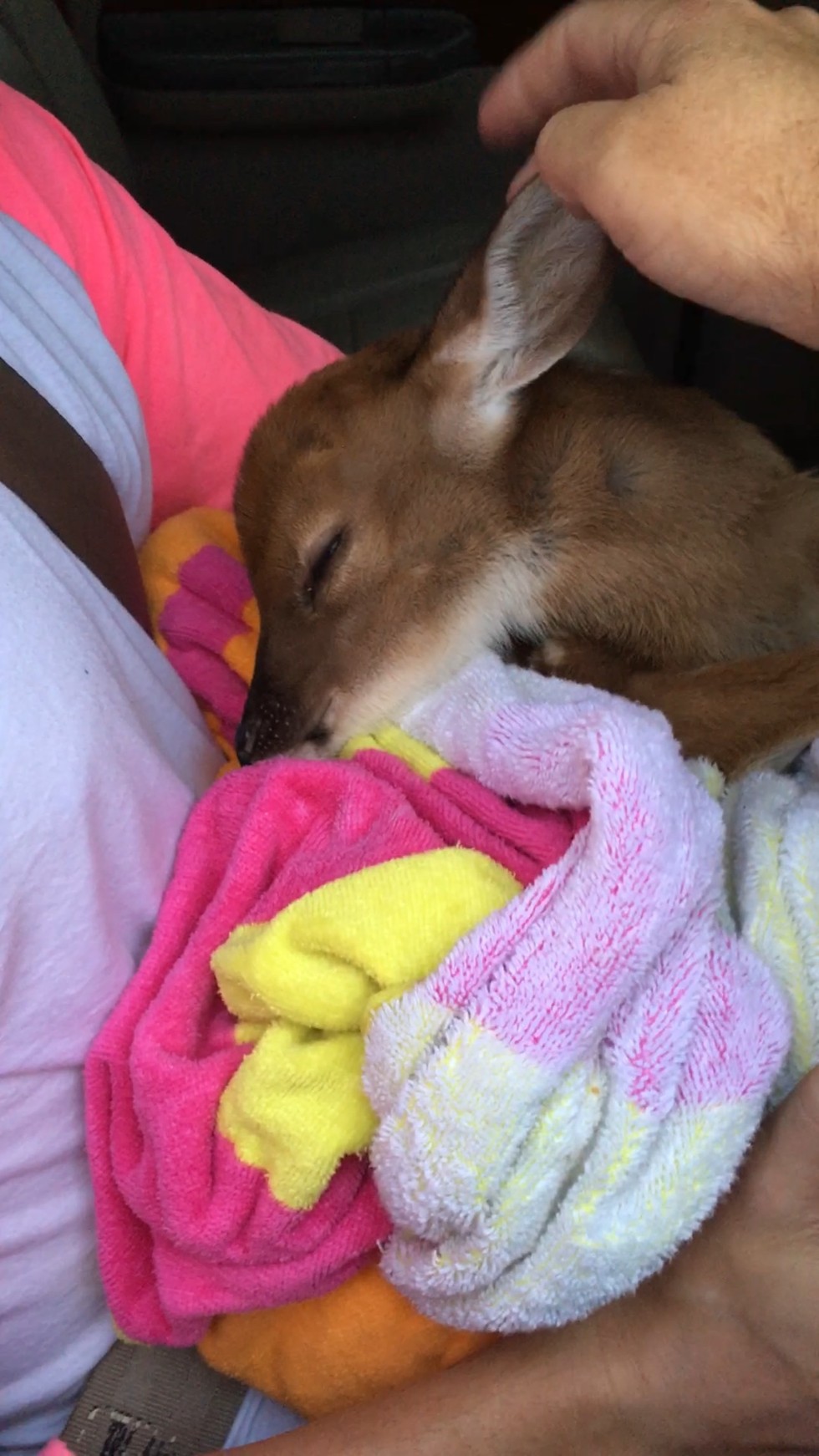 As Black peered into the passenger seat, he discovered a tiny baby deer cuddled in blankets. The driver explained that the baby animal had been plucked out of the floodwaters by a person with a boat.

“Someone in a boat approached, saying he’d found the tiny creature but had to go back out for more rescues, and there wasn’t anything he could do with it,” Black told the Dodo. 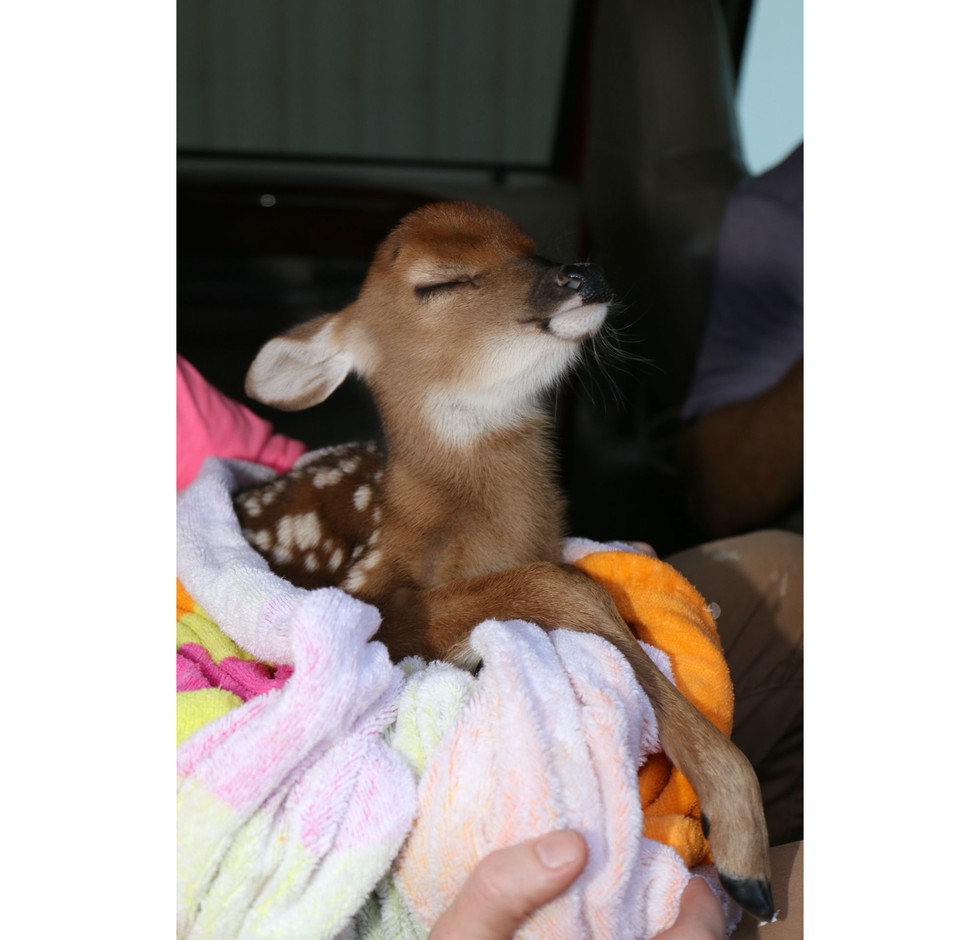 After taking a few pictures with his phone, Black ran to his car to get his professional camera to capture this surreal moment.

“It had been a long day and I had family, friends and employees that had been flooded so the mood was somber at best, but seeing that fawn lying there was such a sign of peace and hope,” he says. 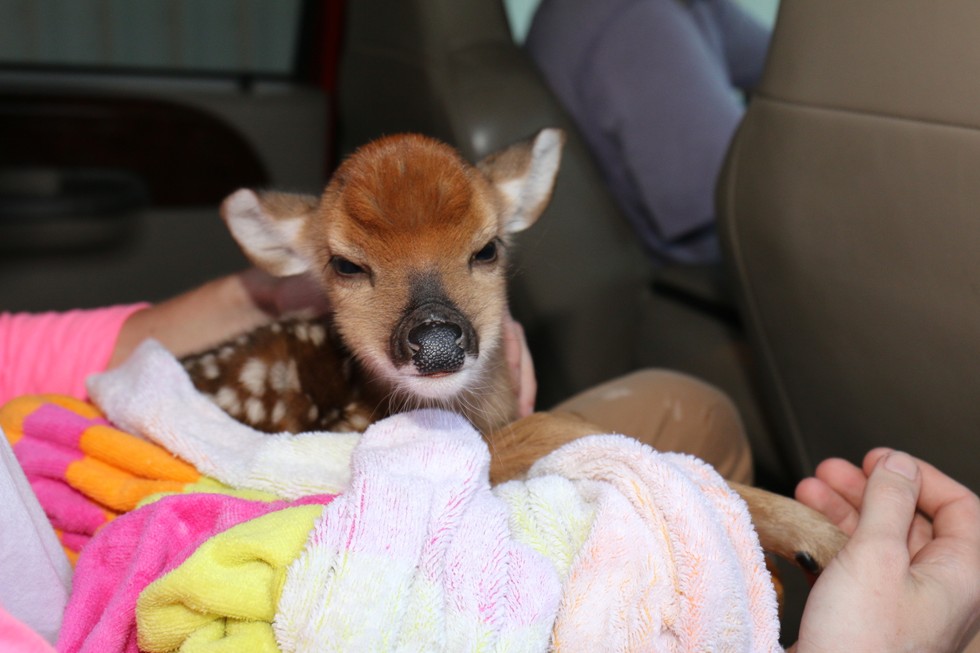 Black explains that even though there was so much devastation surrounding them, the deer looked so content. Black hopes that his pictures help people remember the strength of his community.

“I’ve seen so many images of disaster and of rescues of humans and other animals alike. I would love to have captured each and every one on camera just to let people see what has happened here.” 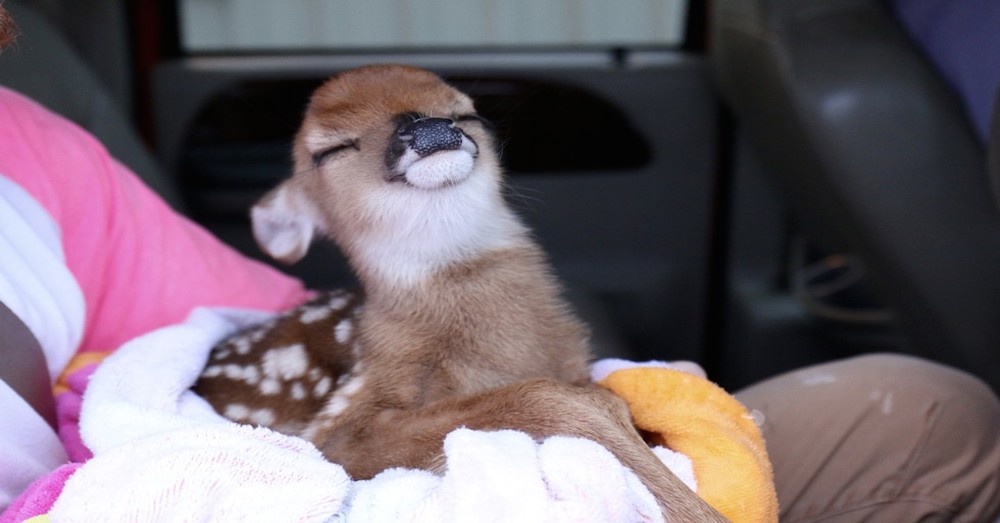 As for the baby deer, Black says it was taken to a farm and is currently being bottle fed. The animal is expected to be fine.