Some Deer Were Stranded On A Frozen Pond, So This Man Jumped In His Hovercraft

A man named James saw a Facebook post about some deer stuck out on the ice in the middle of Albert Lea Lake in Minnesota. As soon as he saw them, he knew he had to help.

He called up his dad and they immediately rushed to the scene with their hovercraft. This is a father son rescue mission unlike anything you’ve seen before!

When they arrive at the lake, they see the deer lying helpless in the middle of the ice with all their legs sprawled out. Since the ice is so slippery, they were unable to stand up and walk on their own. If it weren’t for this man and his father, these deer would have died out there. 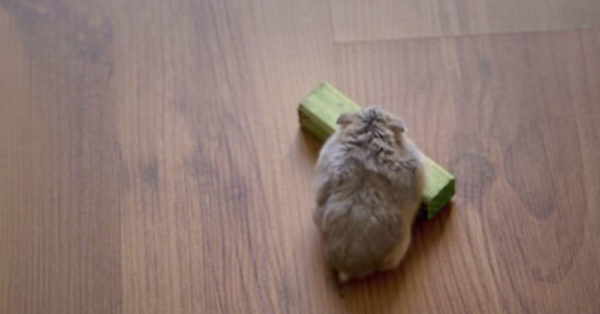 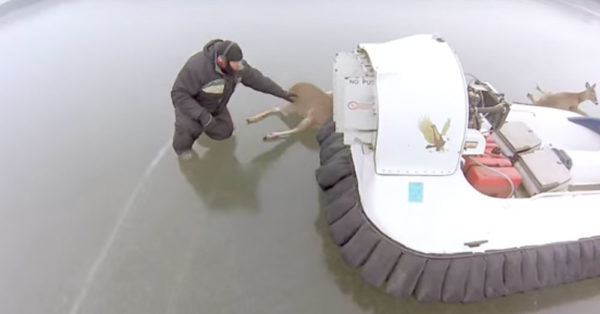 They carefully tied rope around each deer and pulled each one to safety one by one. Once they were back to land, one deer got up and ran away, but the other one laid down for a few minutes. He was probably so exhausted and had to rest before he was able to get up.

James and his father wound up saying three deer from the frozen lake that day. All three of them eventually built up enough strength to return to the forest. Watch the awesome rescue in the video below: