Last month, a dog attacked and killed a mother opossum on a property in Brazil, leaving behind seven newborns opossums whose eyes were not even open yet. They were found and brought to Stephanie Maldonado, a pet behaviorist. She tried to take them to a nearby wildlife rescue group, but was told that they were too full to accept new animals at the moment. So she took on the task of feeding them and taking care of them…but she did have a little help. 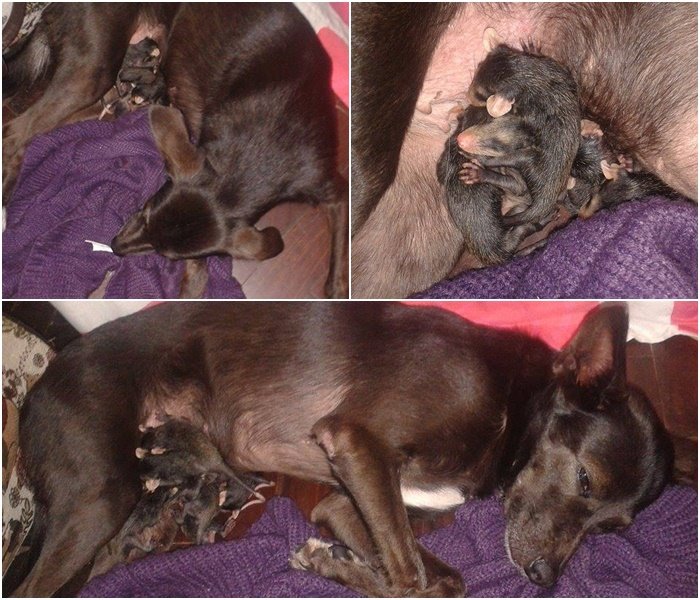 Although she fed them every two hours like they required, the babies were still without a furry mother. That is until Maldonado’s dog, Pretinha, stepped in. She essentially “adopted” the opossums as her own, licking them and nestling them. The opossums are growing bigger and healthier each day, but absolutely love their new “mom.” And the pup loves them back! The babies crawl all over her and sit atop her back. She takes them for walks and lets them ride on top, just like a real opossum mother would! Once the opossums are old enough to survive on their own, Maldonado plans on releasing them back into the wild. 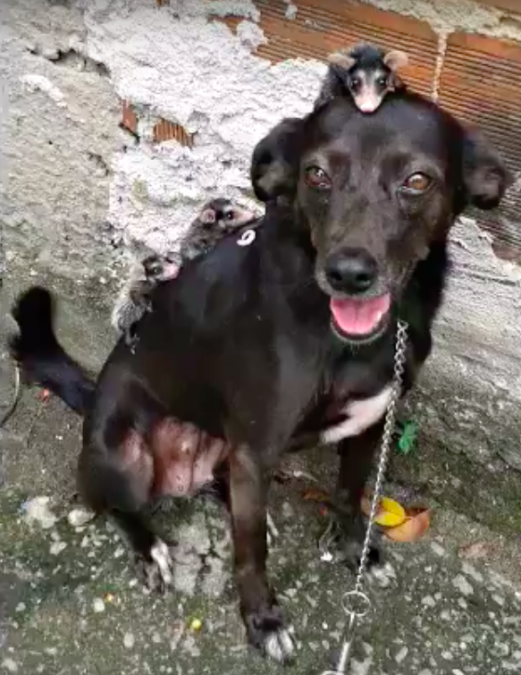