Found With A 6-Lb Chain Around Her Swollen Face, They Didn’t Think She’d Survive…

A one-year-old Pit bull, later named Roxanne, was found wandering the streets of South Carolina with a chain weighing 6.3 pounds tightly wrapped around her neck. It’s unknown how long she had been walking around for, or who put the chain on her neck, but it had caused severe swelling in her face. 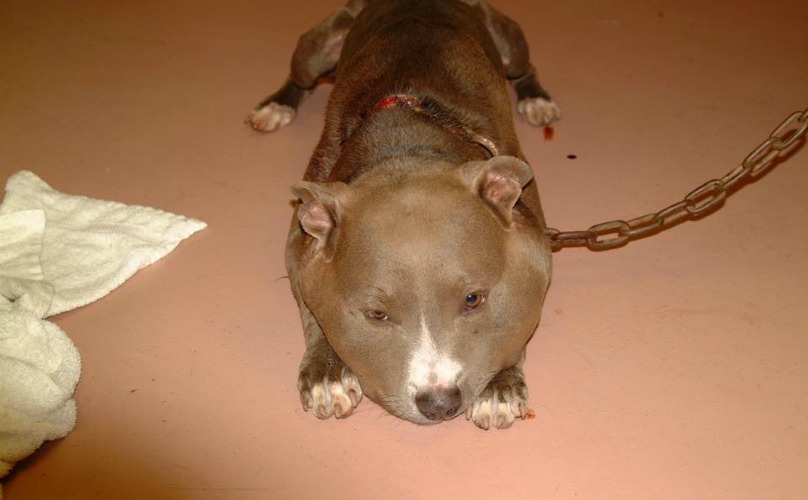 Roxanne was emaciated, weighing just 50 pounds, which meant the chain weighed more than ten percent of her body weight. Rescue Dogs Rock NYC was horrified by Roxanne’s story and immediately agreed to take her and rush her to their vet partner. 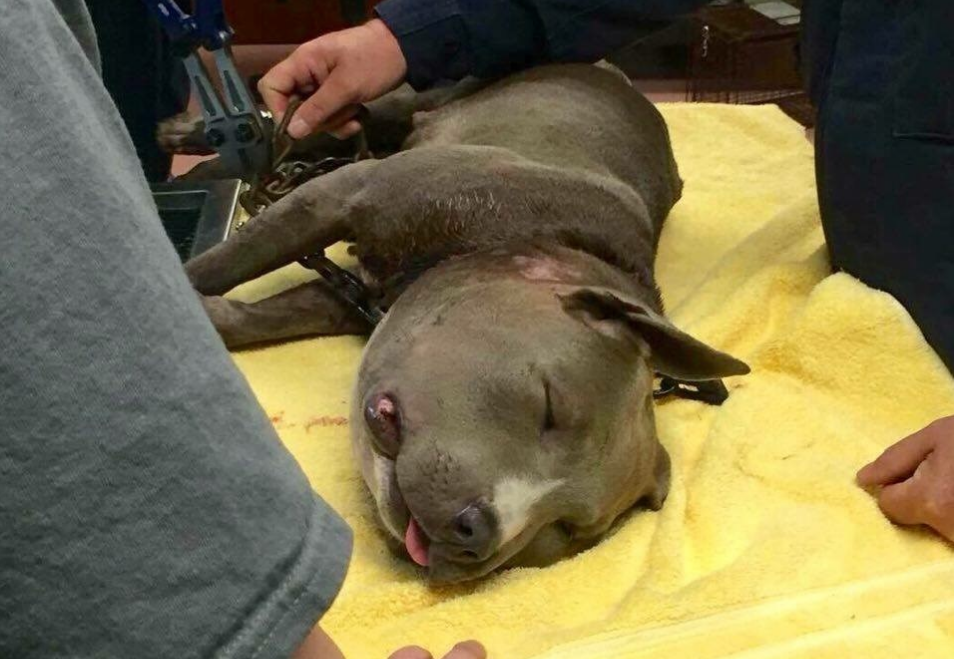 The next step was to remove the heavy chain which proved to be a very arduous task. The chain had become so embedded in her neck that it couldn’t be slipped over her swollen face. The only way to get it off was to clip it with heavy-duty bolt cutters. 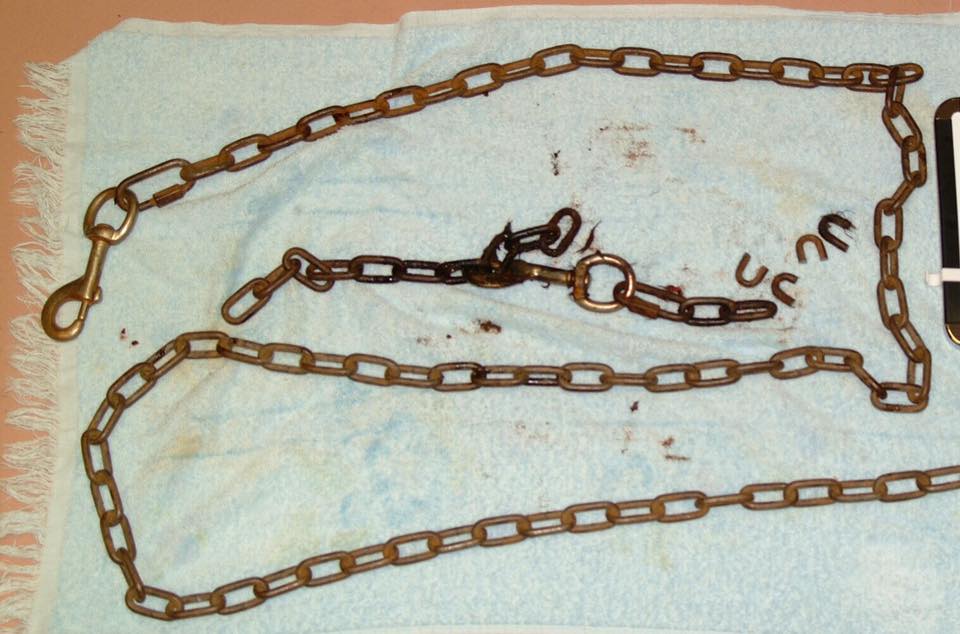 When they finally got it off, doctors examined her skin which had deep cuts. One of her major arteries had become exposed and the chain had cut into nearly 95 percent of her neck. She was rushed into emergency surgery to repair the injury. 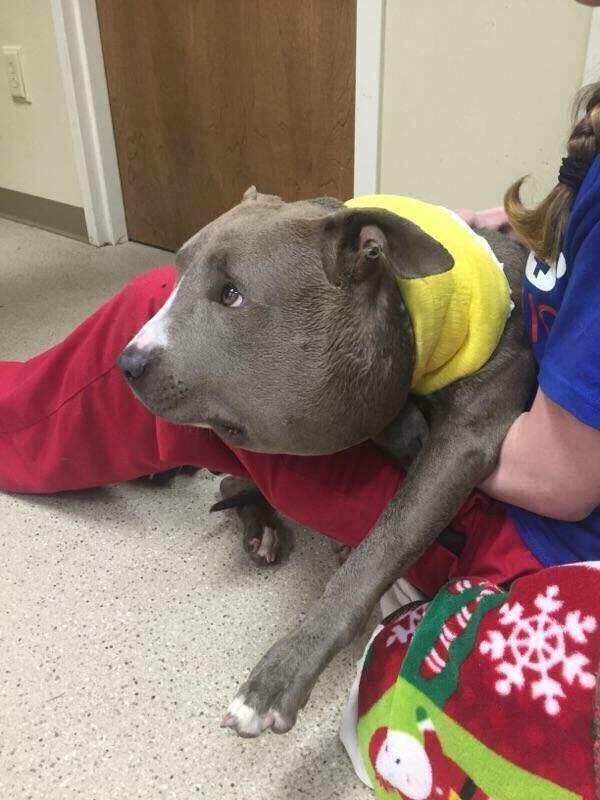 She was in critical condition, and no one knew if she would survive, especially since she could bleed out at any moment. But miraculously, Roxanne survived the surgery. They wrapped her neck in a big bandage, and eventually the swelling began to come down. 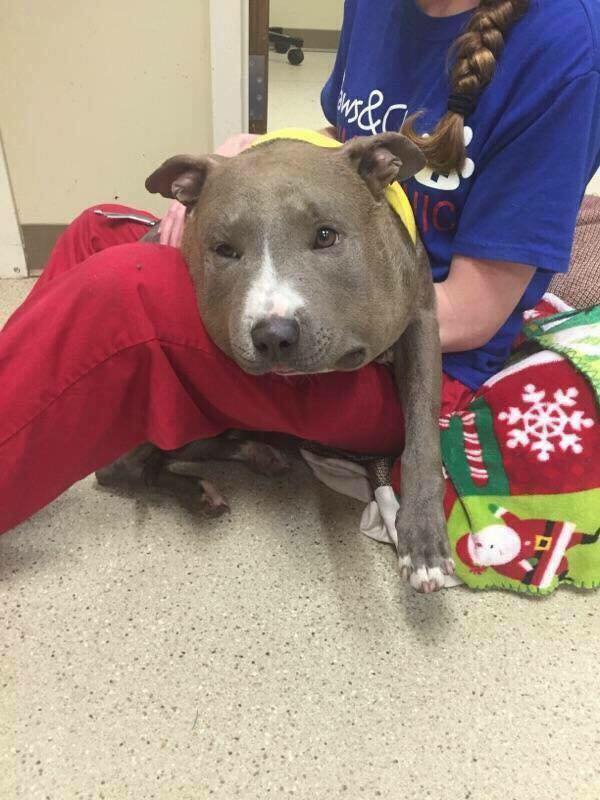 Now, Roxanne is still recovering at the vet, but her swelling has gone down and her face looks normal again. Even though Roxanne has been put through so much abuse, she never lost her will to live and was always so sweet. Once fully recovered, she will be placed in a furever home where she will always feel safe and loved. 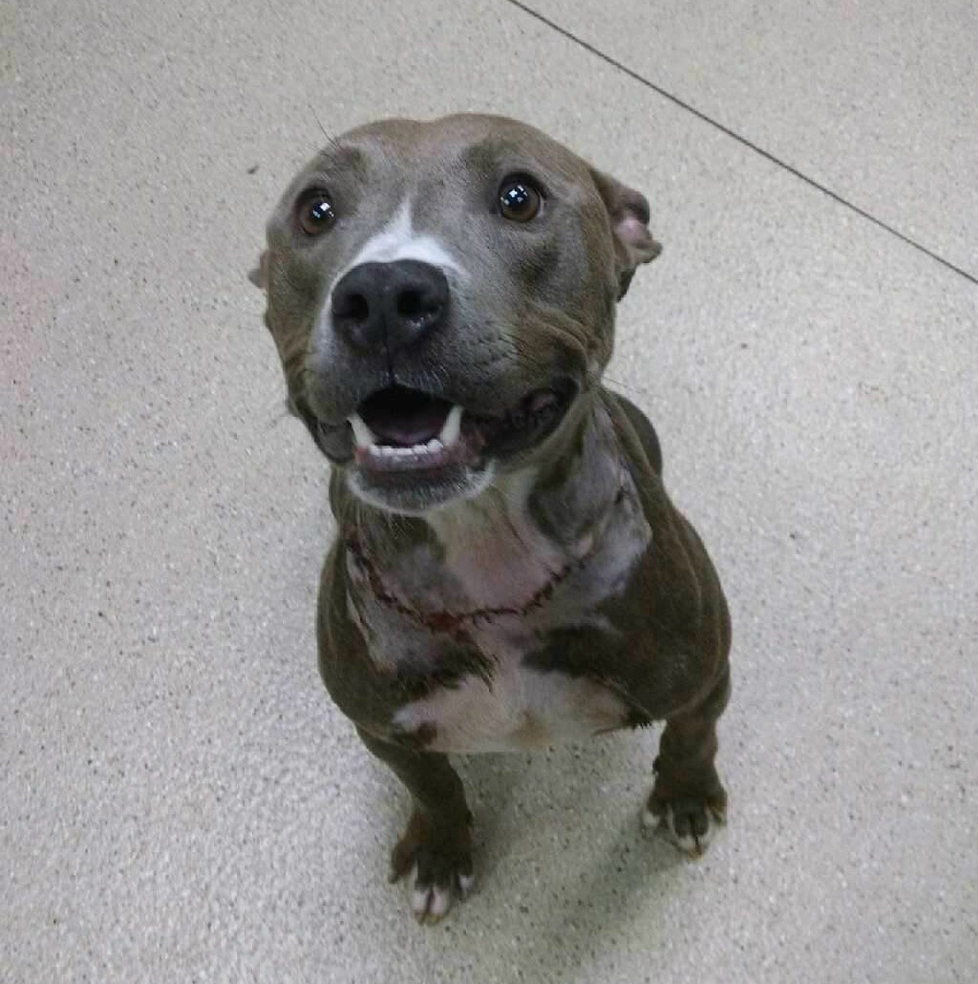