She Was Dumped Because She Had No Front Legs. Despite Being Abandoned, Her Spirit Remains Untouched!

This adorable dog, named Almendra, was born without her two front legs. She was covered in open wounds from dragging her body around, and dumped when her owner didn’t want her anymore because she was “different.” 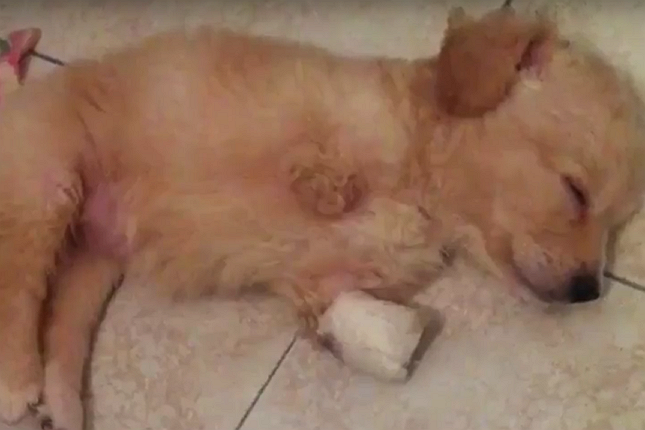 Adhara Talamantes, who works at a Mexican veterinary school, saw Alemendra and knew she had to adopt her. “I have to confess that I spent a moment considering whether I should put her up for adoption or perhaps put her to sleep if she was suffering, but it didn’t take long for me to realize that she was meant to be with me,” Talamantes told Mirror. 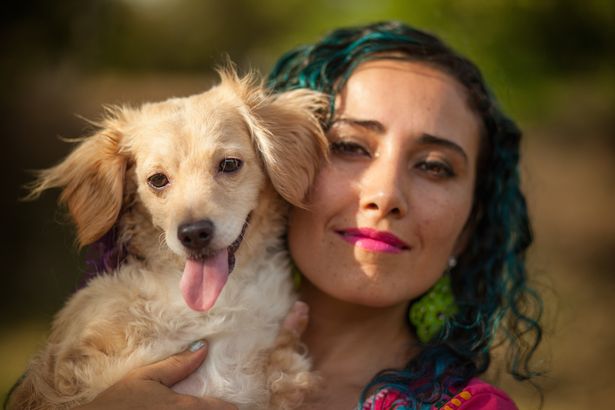 But her journey with Almendra would not be an easy one. She began looking for people with similar experiences and seeking out information on prosthetics. In Mexico, there are no front leg prosthetics for dogs, so she had to look outside of the country. She found several different devices, but none of them worked out. 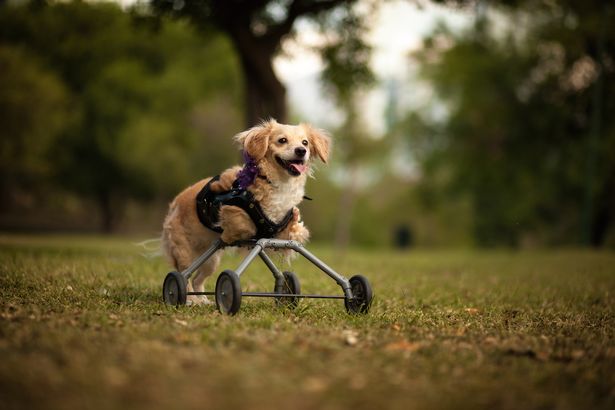 In the meantime, Talamantes used animal physiotherapy techniques on YouTube to train her to use her hind legs and build strength and mobility. She also bought a treadmill and held her chest while she practiced walking. It took six months, but Almendra eventually began walking straight! 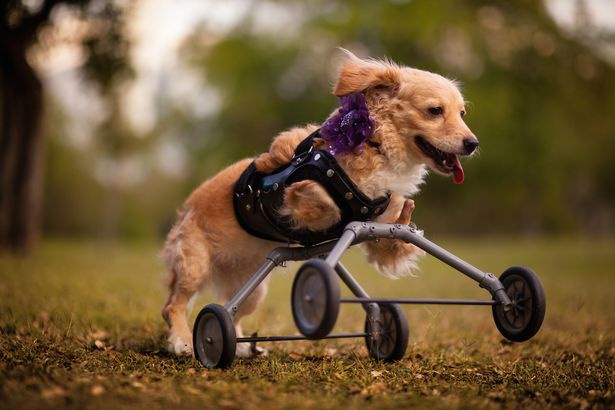 Eventually she got an Orthopets Wheelie Vest, which straps around her chest and gives her “front legs.” Talamantes says the day it arrived was a very emotional one: “I put her in it and she started running. That was one of the happiest moments of my life, when all the therapy I did with her, all the days we spent using the running machine and all the cleaning and tending of her wounds, finally paid off.” 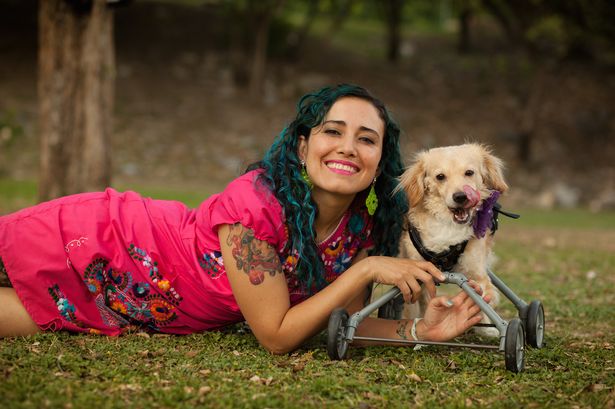 Now, Almendra is happy and healthy, and despite having no front legs, she is just like any other dog! “Maybe she was abandoned; maybe she had no mobility; maybe she had open wounds and sores. But her spirit – that remains untouched,” Talamantes said.

Check out Almendra navigating in her new wheels in the video below: