Different Types of therapy dogs, local and out-of-state, are traveling to hospitals in Las Vegas to comfort the survivors of the shooting on the Strip that left at least 58 people dead and more than 480 others injured at the Route 91 Harvest music festival.

Many of the survivors, like Michael Caster, lay in their hospital bed, unable to move or feel certain parts of their body that had been shot. Caster had a bullet hit him in the back and a fragment of it struck his spine. While he doesn’t know if he will be able to walk again, he remains positive and had some extra help in doing so. 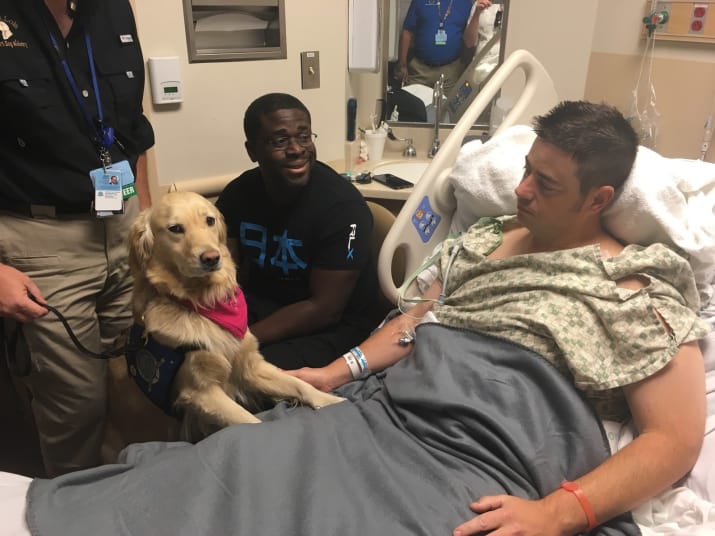 Lois, a golden retriever comfort dog from LLC K-9 Comfort Dogs, rested her head on Caster’s hospital bed to help bring him comfort and take his mind off of the tragedy, even if it’s just for a short while. 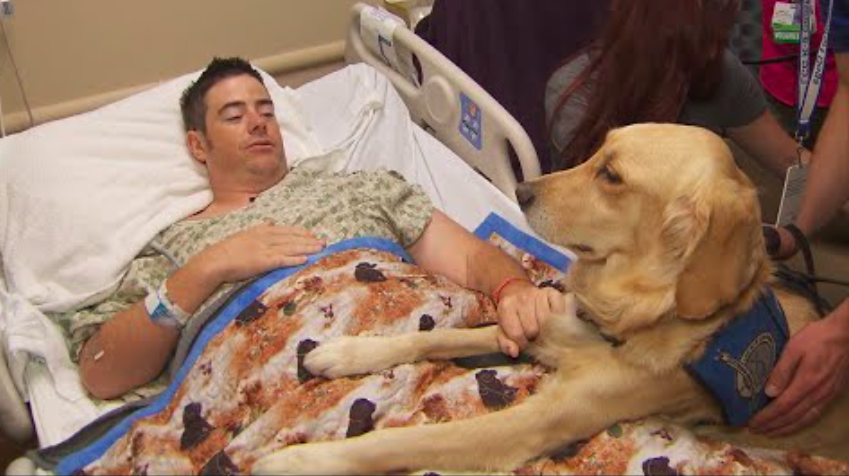 Lois is just one of 17 dogs from the organization, which sends dogs to help people after awful tragedies. The dogs help bring comfort to not only people who are suffering physically, but also people who are emotionally hurting and traumatized by the events that took place. 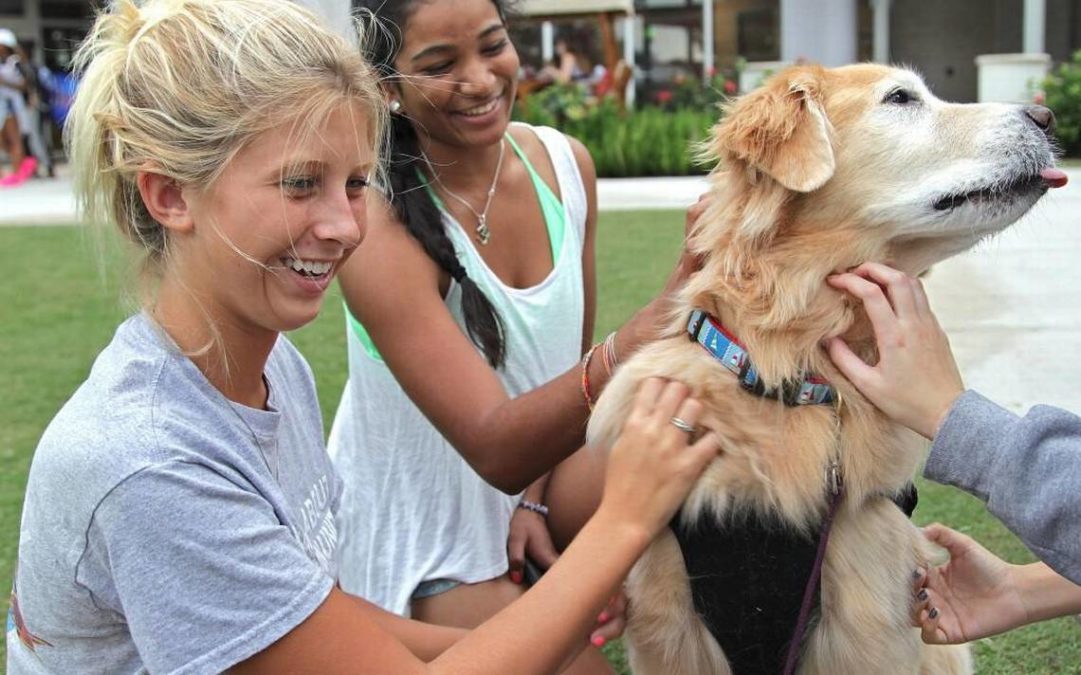 The dogs help people relax and lower their heart rate. This week they have interacted with hundreds of people who were affected by what is now known as the largest mass shooting in modern United States history. 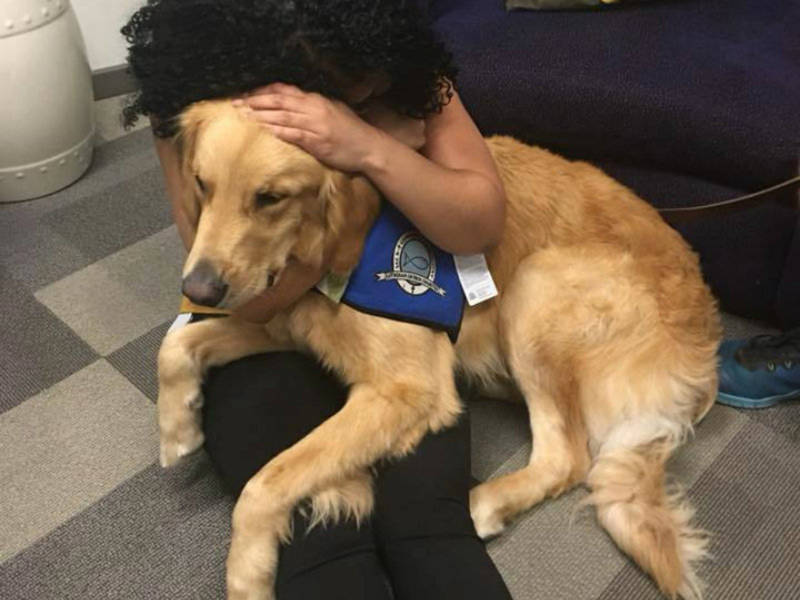 But the dogs’ efforts did not stop at just hospitals. They also visited casinos on the strip as well as local schools and the vigils that were held. Many people hugged the dogs without saying a word. It was clear that these pups were just what some of these people needed. 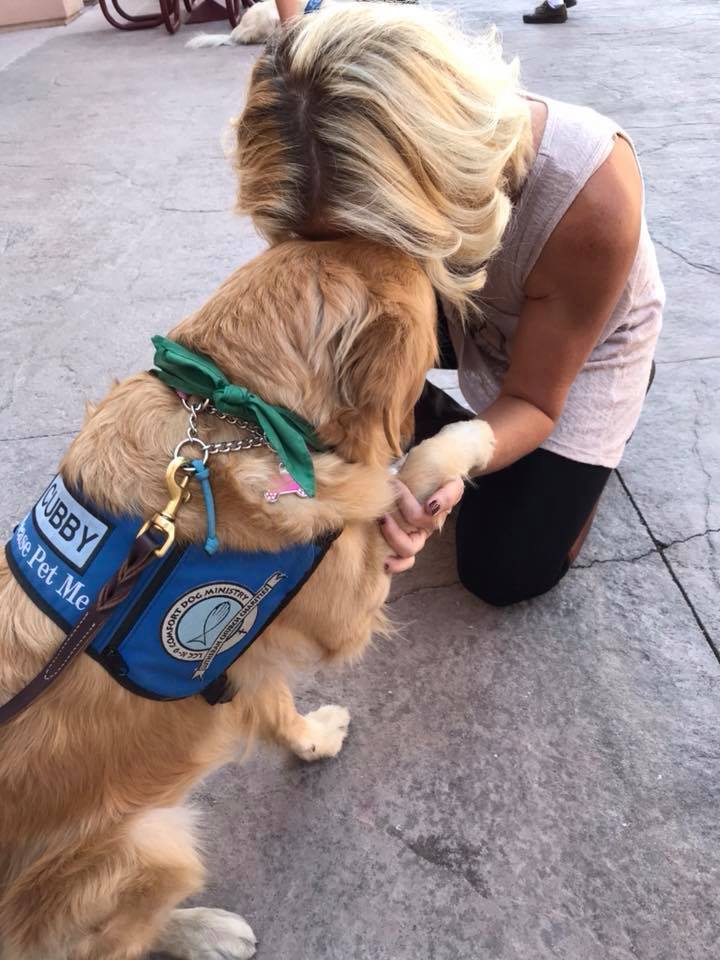 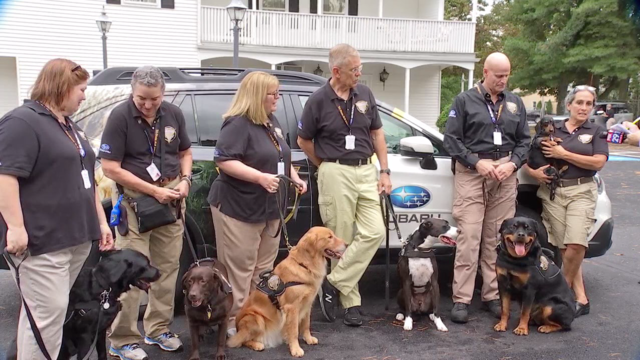 Six crisis dogs and their trainers from the Tri-State K-9 response team also flew out this past weekend to Vegas to offer comfort to first responders and others who are having difficulty opening up after the tragedy. Some of these pups also helped survivors after the Pulse Nightclub shooting, another awful tragedy where 58 people sadly lost their lives and 58 others were injured. 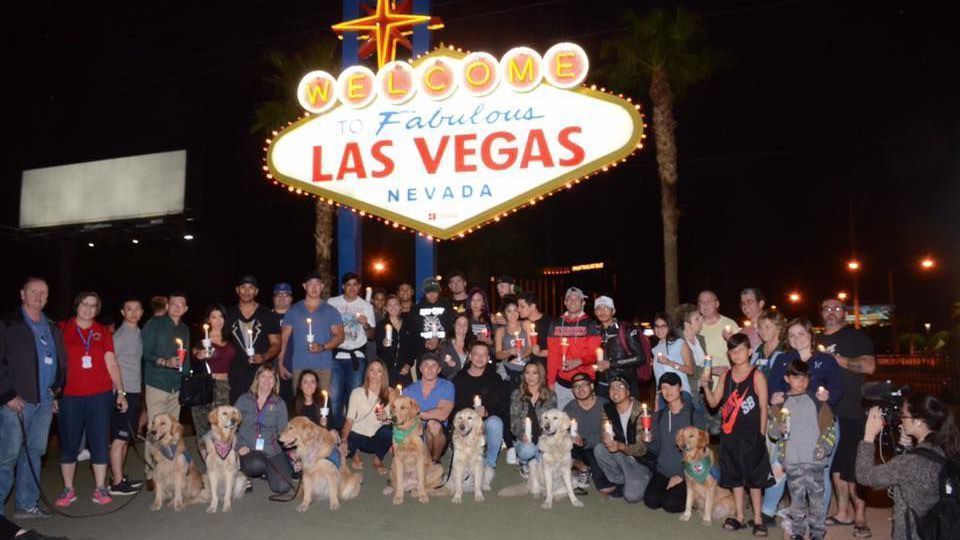 Many of the survivors stare into space and have a hard time talking about what happened, but the dogs help them start the process and breaks the ice to allow them to start talking about it.