This dog, named Dora, was once roaming the streets as a stray. She was captured and taken to the city pound, where she was underweight with skin issues that needed medical attention.

Poor Dora was traumatized and was so deprived of human affection as well as the care that she so desperately needed. 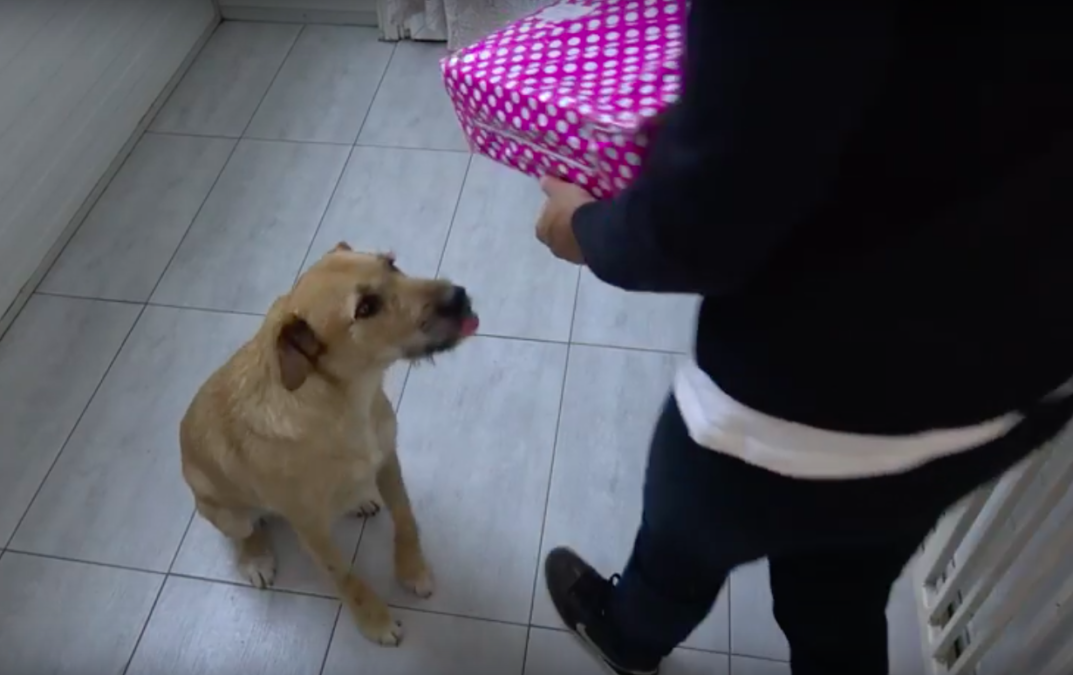 Thankfully, Howl Of A Dog took her in and gave her the proper medical care and helped her start her journey to physical and emotional recovery.

While Dora has been recovering, she has found a loving adoptive family in the UK! She has been waiting in the shelter for her new family to make the 1,500-mile journey from the UK to Romania to pick her up, but in the meantime she has been very lonely.