Officer Roger Noe and Officer Trish Yates of the Cincinnati Police Department received a call about a fawn who was in need of help.

Motorists saw the fawn near the Columbia Parkway, right near speeding traffic. The officers quickly arrived at the scene to save the fawn’s life. When they got there, the fawn was on the side of the highway by a barrier wall. 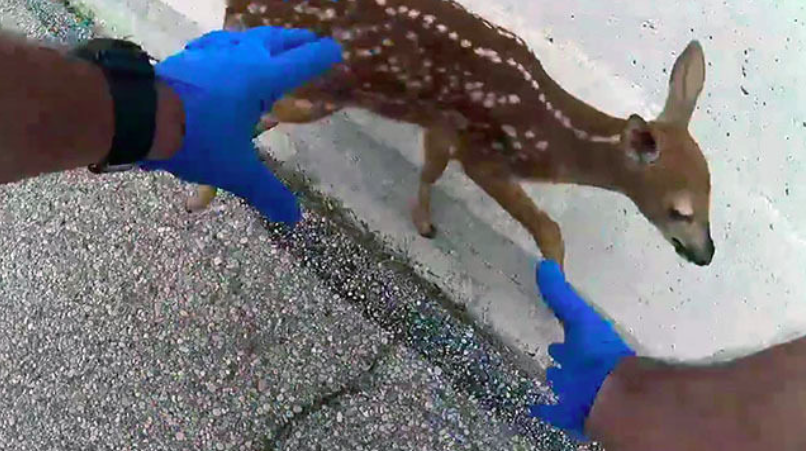 Luckily, Officer Noe was able to get ahold of her rather quickly and put her in the back of his car. She was visibly frightened, but the officers tried to make her feel safe and calm. You can hear Officer Noe repeatedly tell her “It’s OK baby, it’s OK.”

The officers then took the fawn to a wooded area nearby to release her back into the wild where she belongs. 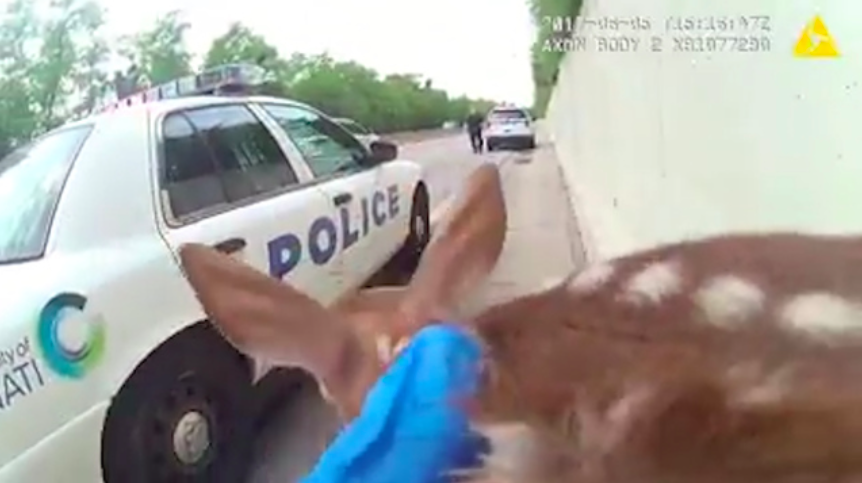 The Cincinnati Police Department posted the video of the rescue on their Facebook page with a statement: “The Cincinnati Police Department encourages the public to leave fawns and other young animals undisturbed and in their environment. In most cases the mother is nearby and will round up her young fawn when conditions are right. In this particular case the fawn was on a controlled access highway and had would not have survived if it had not been rescued.”

Watch the officer scoop up the little fawn in the video below: