From Stray To Arson Cat, Flame Now Helps Lift The Spirits Of Firefighters

Two years ago, a stray cat wandered onto the property of the Belmont Fire Department in Greensville, South Carolina.

He went into the grass and started meowing nonstop, so the firefighters called him over with some chicken. The firemen fell in love with the stray kitty, and the cat also enjoyed his new human friends. 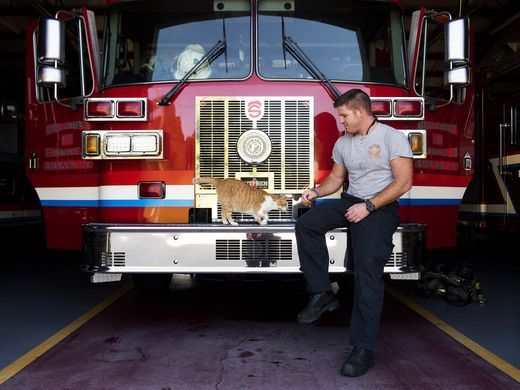 The firefighters named him Flame, and decided to start an Instagram account for him. They initially did it to keep them entertained, but they had no idea that Flame would soon be an internet sensation. The account has amassed over 16,000 followers. 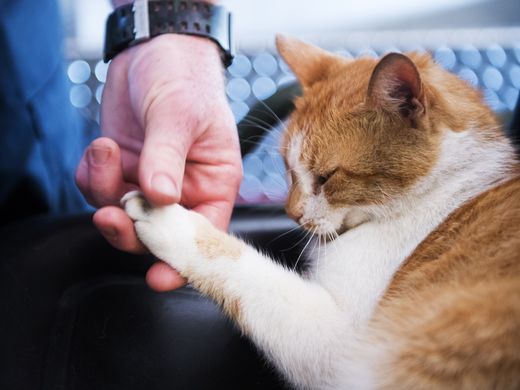 His Instagram features pictures of Flame hanging around the fire station. His followers even send him packages and gifts!

Of course the Belmont Fire Department has adopted Flame as their own and has given him the title of “Arson Cat.” 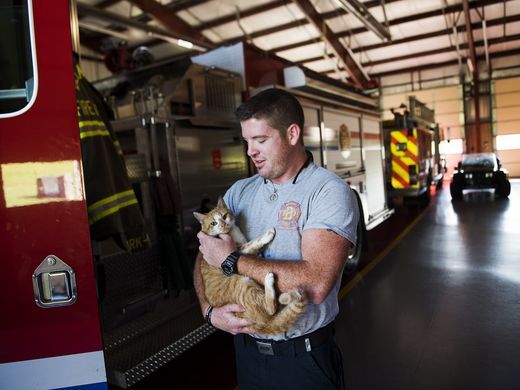 Seeing and hanging out with Flame after a rough day helps the firefighters decompress. Aside from making them smile and cheering them up, Flame helps to raise awareness for responsible pet ownership as well as fire safety. The firefighters use Flame’s popularity as a platform to encourage these important things. 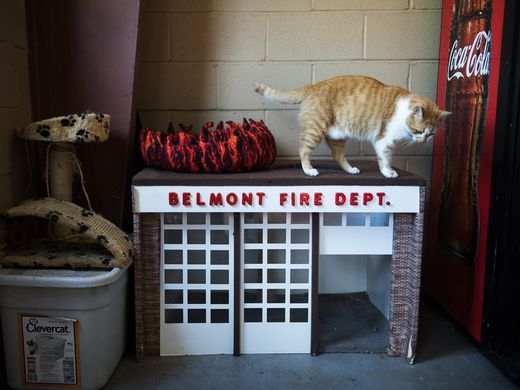 Aside from being famous on the Internet, Flame has also made an appearance on Animal Planet’s “My Cat From Hell,” which features extraordinary cats. And Flame is certainly one extraordinary cat!

The way he randomly wandered onto the fire department’s property is no coincidence. It was definitely meant to be! They rescued him, but he also rescued them!