Hannah and Johnny, volunteers from Wildlife Aid, a foundation that saves wildlife in the UK, went to rescue a fox who was stuck between a shed and a fence.

Unfortunately, he was unable to get out on his own, so if it weren’t for Wildlife Aid, he may have ended up starving to death back there. 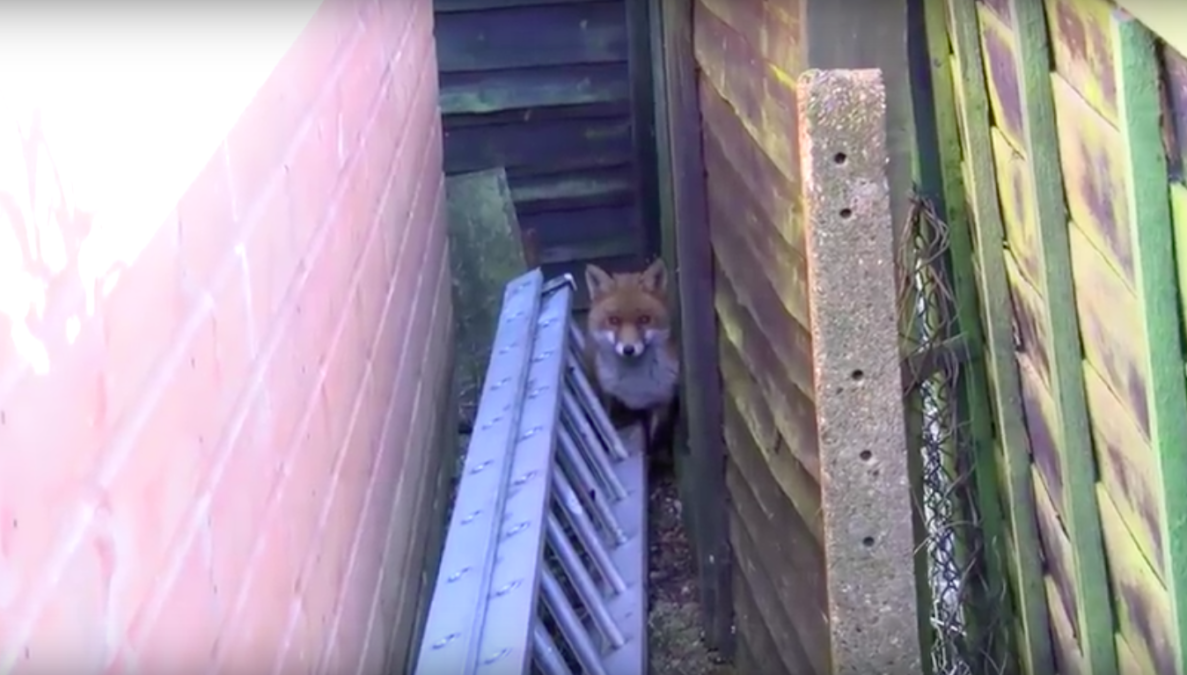 Luckily, getting him out was fairly easy for rescuers. They reached behind the shed with their snare pole, while the frightened fox tried to back away, but had nowhere to go. They quickly got the snare around him and lifted him up from behind the shed to safety. 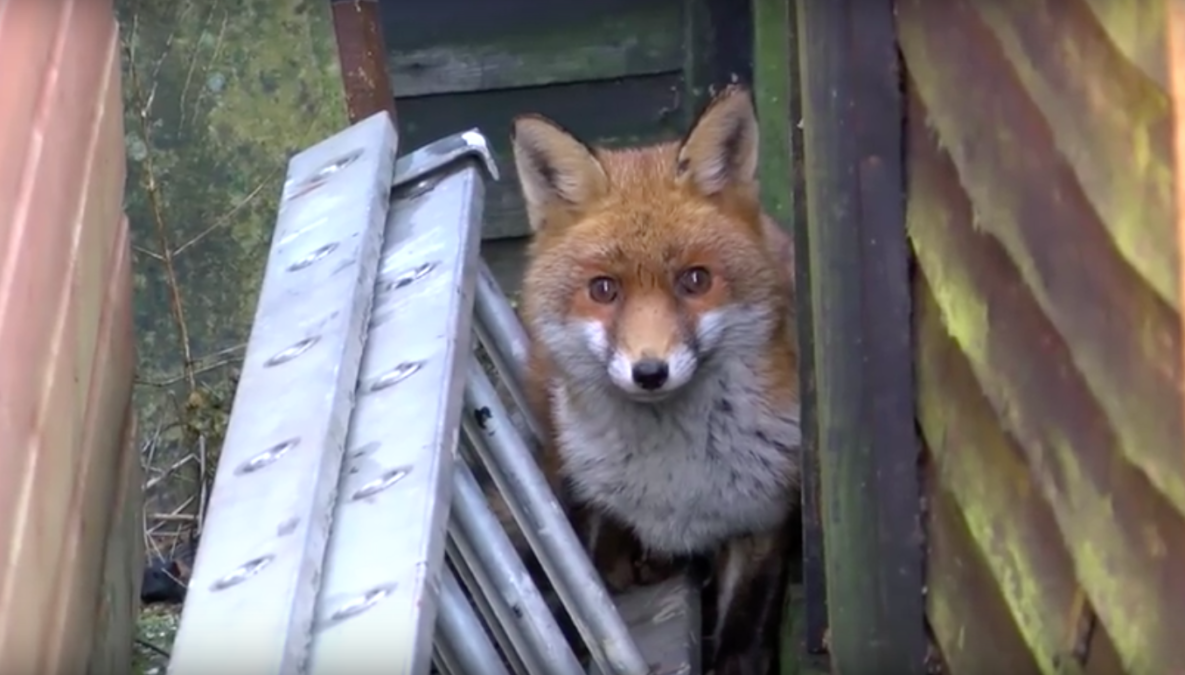 They put him in a crate and immediately brought him to the animal hospital to have him checked over by a veterinarian. It turns out that he was healthy, but one of his legs were swollen due to being trapped behind the shed for so long. They treated him and gave him the proper medication to help him heal. 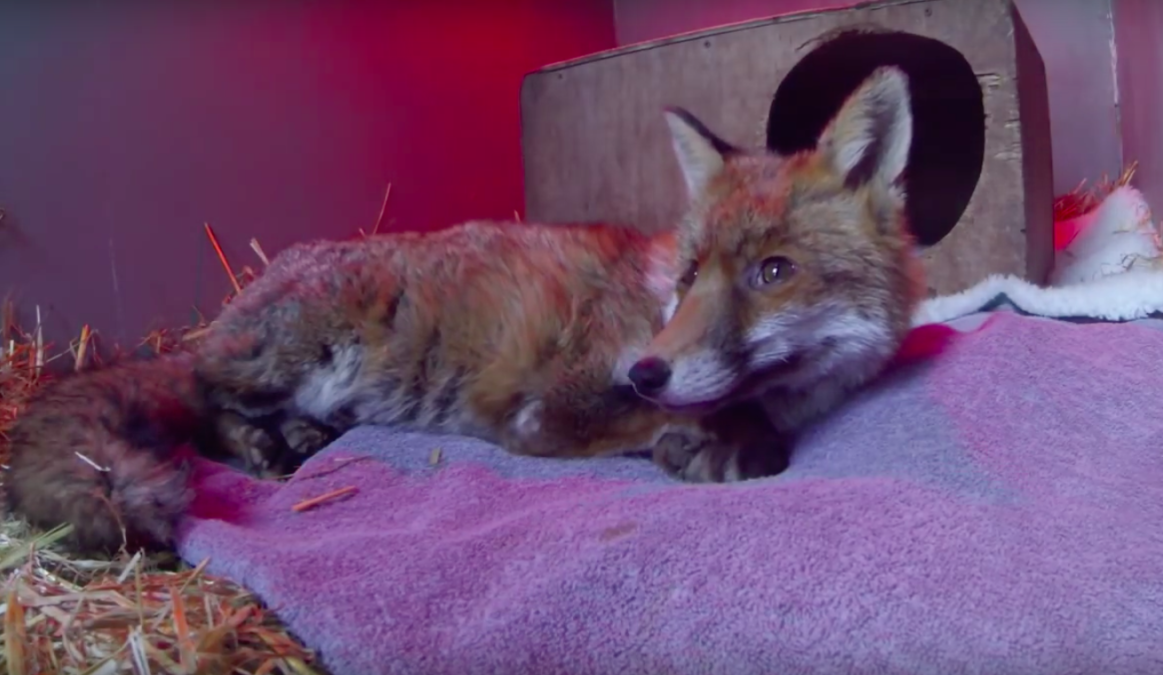 The fox wasn’t afraid anymore, and he knew that these people were there to help him, not hurt him. He was able to relax at the hospital, and even took a nap in one of the pens!

A few days later, they checked him over again and deemed him healthy enough to return back to the wild. They released him and off he went, back into the trees! 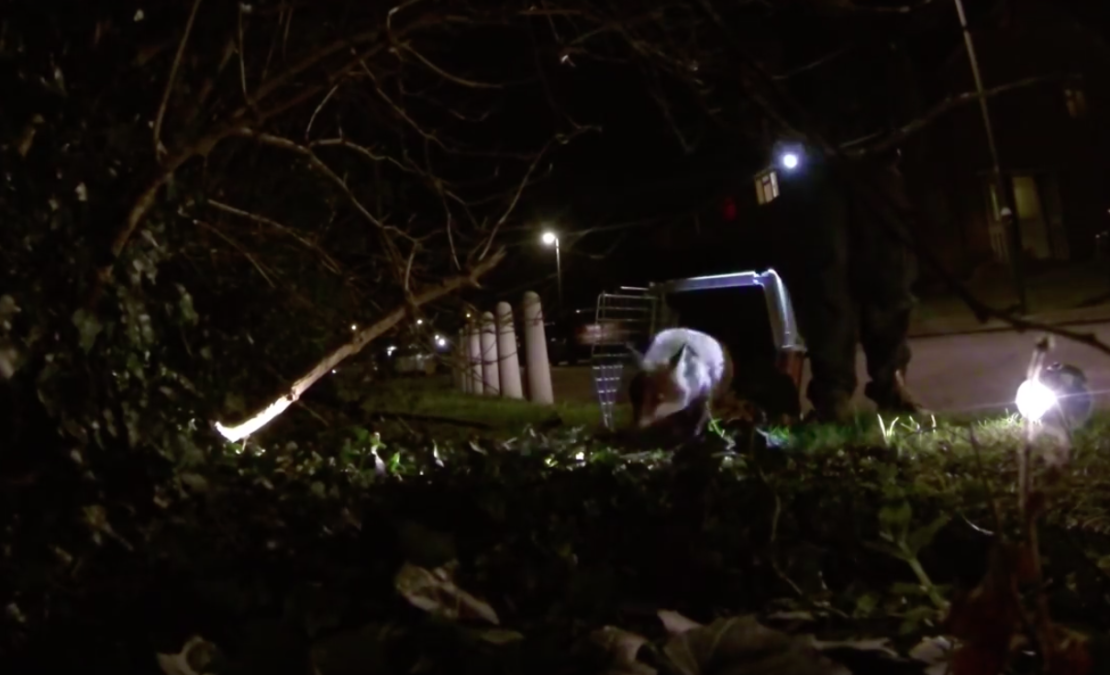 If you see wildlife in need of help, do not touch them or rescue them on your own. It’s important to contact a local wildlife rescue or rehabilitator.

Watch this little Fox’s rescue in the video below: