A stray dog was lying on a sidewalk in Giresun, Turkey, cold and shivering during a snowy winter night. She was all alone in the world, without anyone to care for her or pay her any mind. But that all changed when a Good Samaritan lent a helping hand.

After a robbery at a local store, people were reviewing security camera footage during the investigation, but they saw something they didn’t expect to see. The camera captured this Good Samaritan approaching this freezing, lonely pup.

He bent down and gave the dog some food, but his kindness didn’t stop there. Despite the cold weather, the man took his jacket off and draped it over the dog to keep her warm.

The man was finally identified as Bulent Kalpakcioglu, a municipal worker in GIresun. He said what he did for that dog was the least he could do. 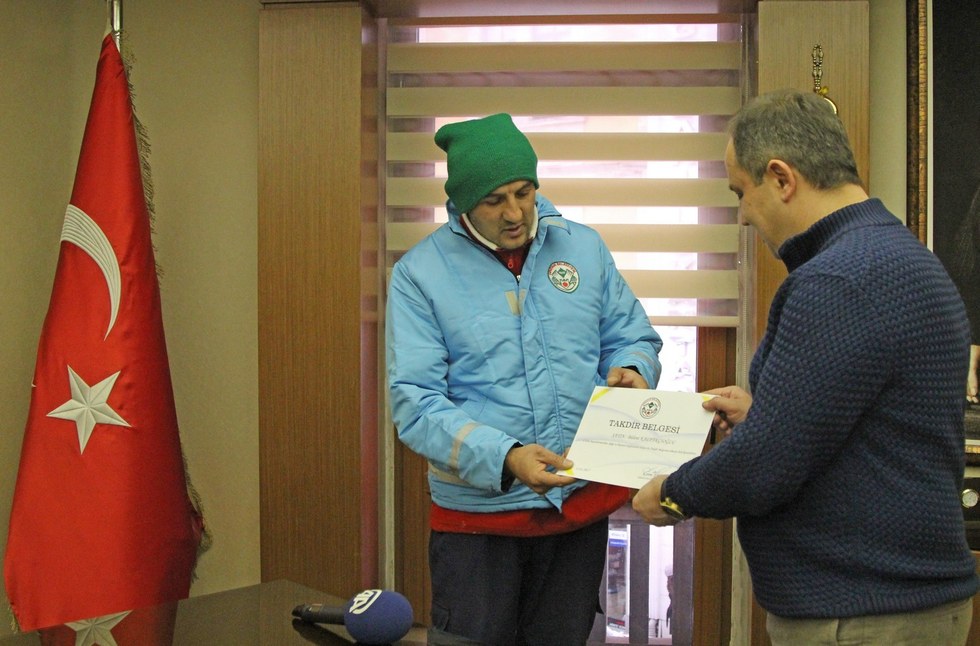 “If I did not give my jacket, it would have eaten at my conscience,” Kalpakçıoğlu told The Dodo. “While we are sitting warm at home, they are outside in the cold.”

For his random act of amazing kindness, Giresun Mayor Kerim Aksu awarded him a special certificate.

“With this action, he gave a lesson in humanity,” Aksu said during his remarks. “Animals are our friends. We love people, we love our city, we love all living things that are an integral part of us and our city.”