He Was Locked In A Tiny, Filthy Cage With A Chain Around His Neck And Couldn’t Leave It For 4 Years

Harbor the raccoon was found on an impounded boat in a 2x2x2 cage for four years surrounded by dirt and feces. His owner was a hoarder who probably did not open the cage or clean it in a very long time. Harbor had a chain around his neck, was malnourished, and broke is teeth chewing on his cage. He was given only cat food to eat and had no water. 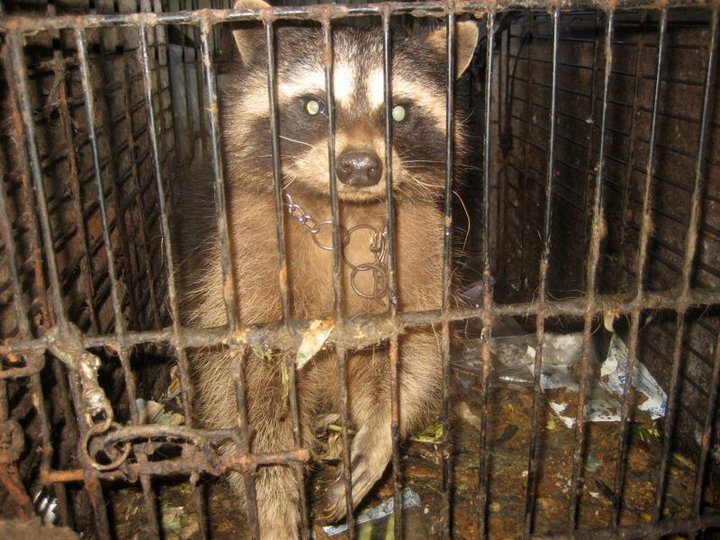 He was dirty, smelly and matted. He was unable to climb or walk normal. He walked on the back of the wrists on his forelegs and on the heels of his back feet. They believe that he had never stood up all the way before. 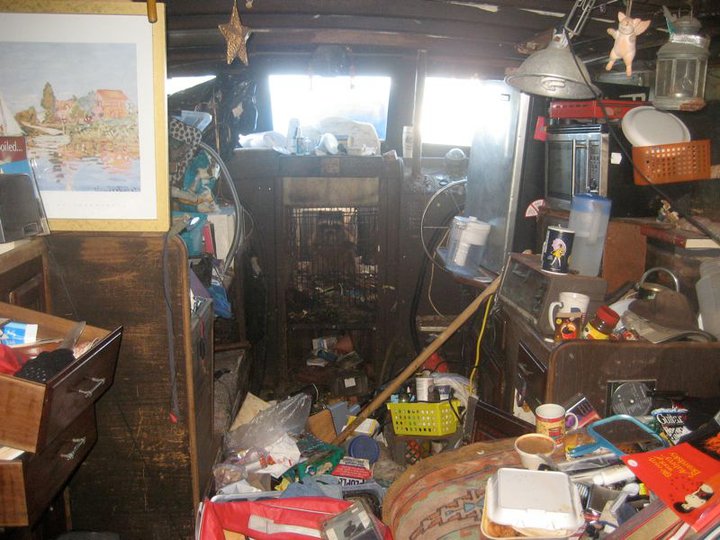 They brought him to the vet where he got neutered, bathed and treated for his ailments. He was very relaxed and sweet and showed no signs of aggression. 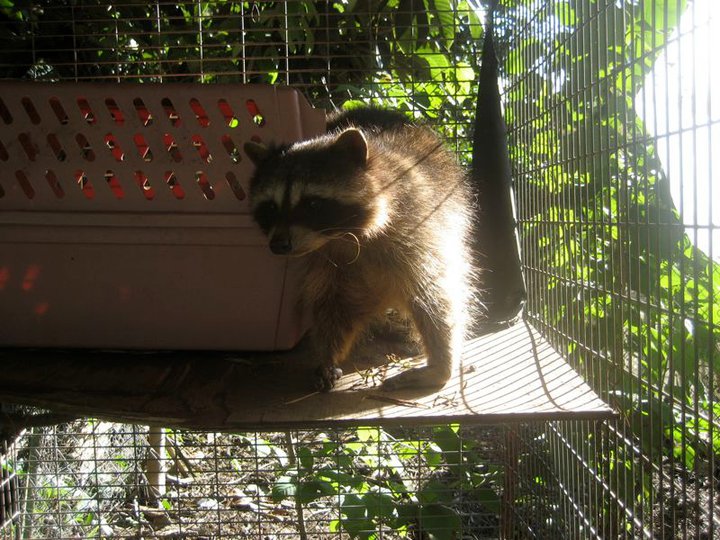 He was rescued by Animal Advocates in California, who gave him a new lease on life. Because Harbor is mostly blind, has no survival skills, and cannot communicate with or form bonds with other raccoons, release into the wild was nearly impossible. 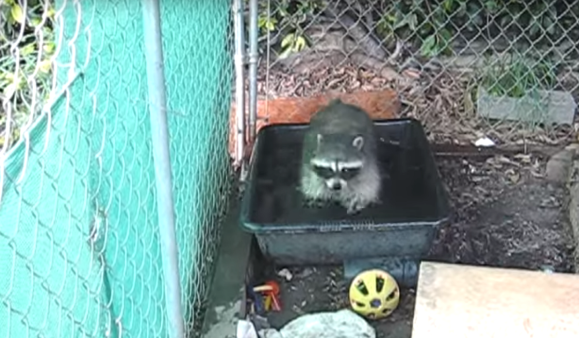 But his new life is pretty great. He now lives with a member of Animal Advocates, who gives him the proper care and all the love in the world. Harbor has a giant cage to roam freely in, and even has his own little pool!

Watch how happy this little guy is in the video below: