Firefighter Carries Unresponsive Dog Out Of Burning Home, Then Saves His Life With An Oxygen Mask

Firefighters from the Bakersfield Fire Department in Bakersfield, California, are being hailed as heroes after rescuing a little dog from a house fire.

Firefighter Matt Smith ran inside the burning home to find the pup named Jack after his owner said he was still inside. 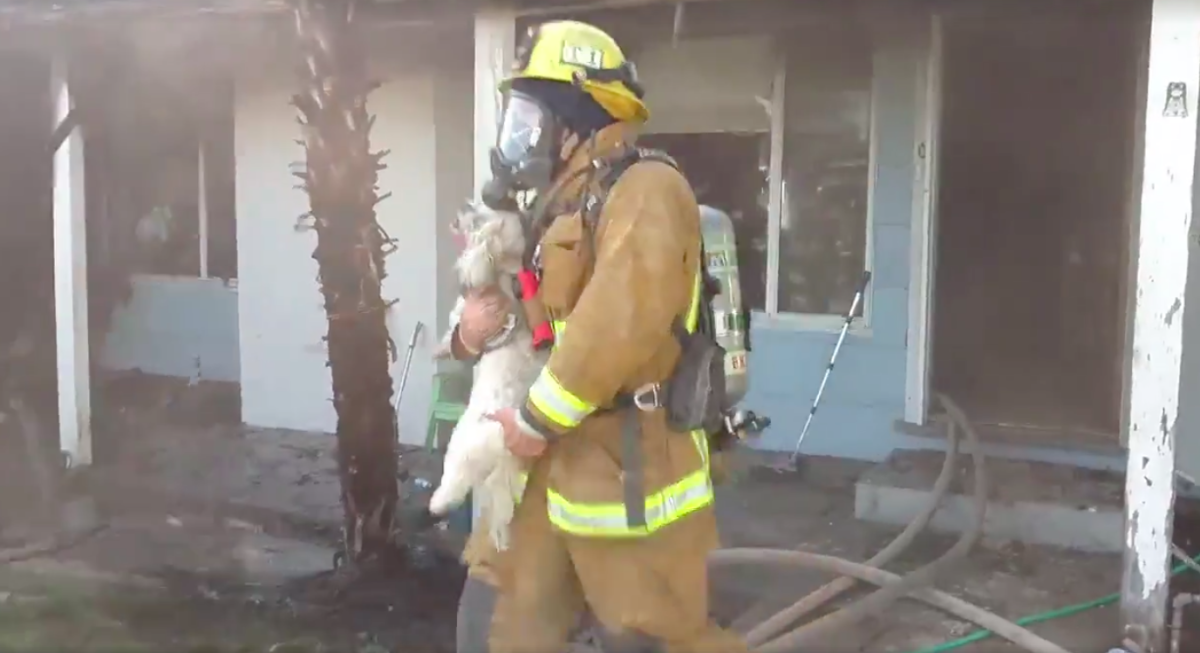 Smith quickly searched the house and finally found Jack behind furniture. The poor little pup was unresponsive, so he carried him outside where firefighters then began reviving him using an animal oxygen mask and high-flow oxygen, while his worried owner watched. 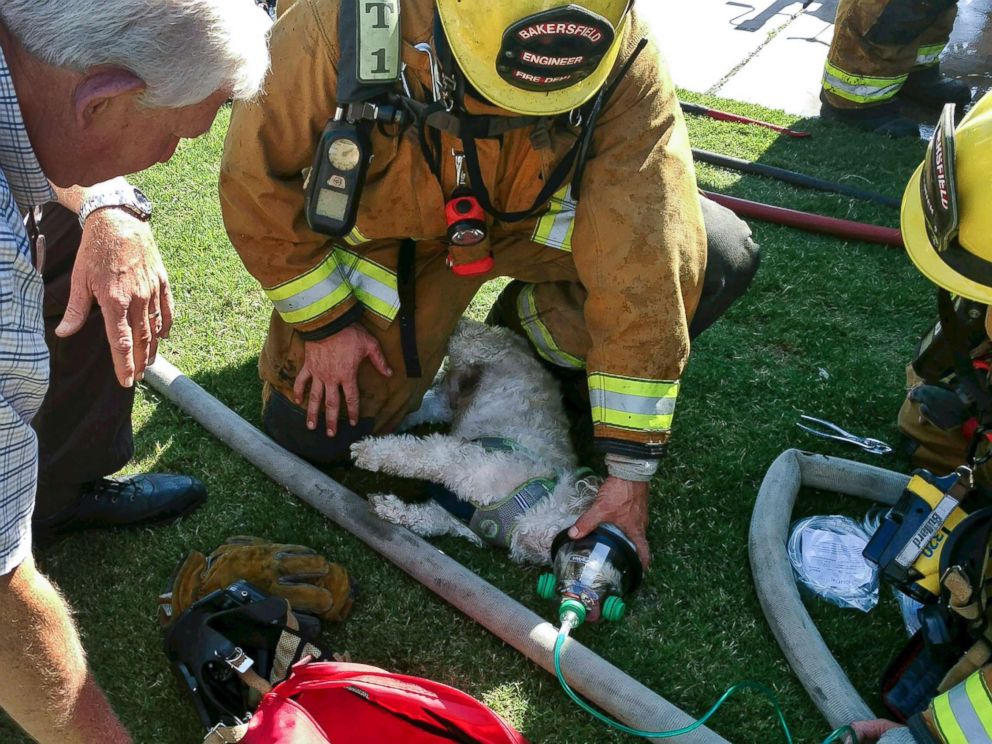 Jack regain consciousness and was then taken to the Bakersfield Veterinary Hospital where he was fully examined.

The next day, Smith went to the animal hospital to see Jack and his owner Jeff Garnett again. Garnett was extremely grateful for Smith and the other firemen who saved Jack’s life.

But the firefighters aren’t the only ones who should be thanked for saving Jack’s life. In 2015, two girl scouts, Kyle Greene and Hailey Amos, sold enough shirts to raise $2,400. Because they love pets so much, they used the money to buy pet mask kits that are now on all 37 Bakersfield fire engines. 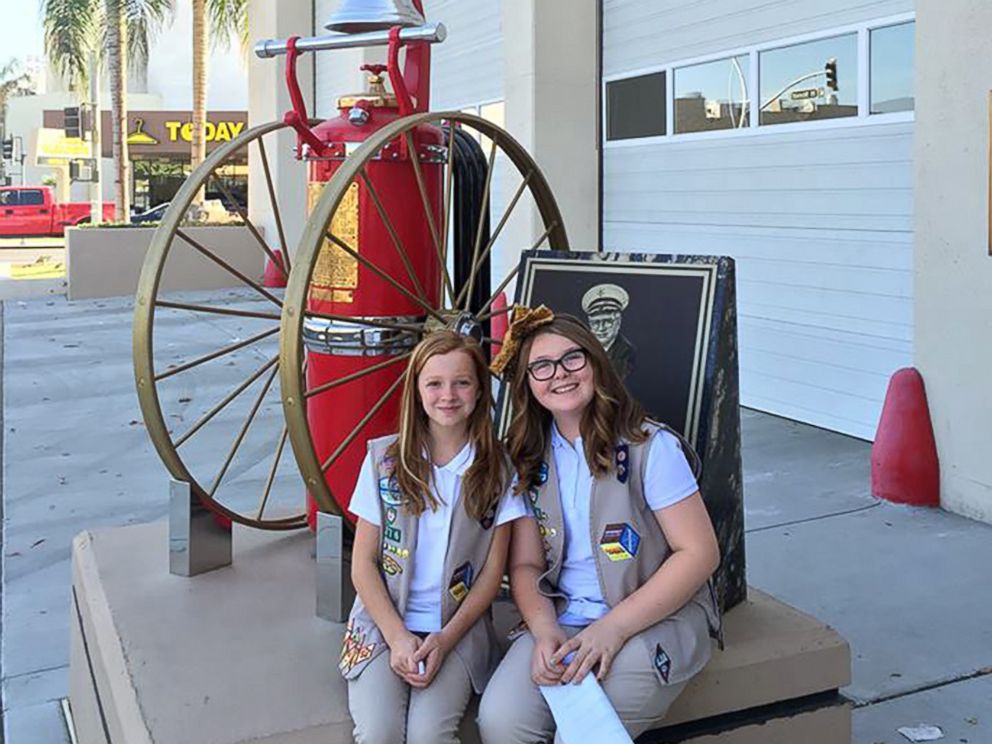 “The girls explained the masks and how they could be used as life-saving tools for various family pets. They shared the fact that they would fund-raise to purchase the masks so that the masks would incur no costs to the department,” Firefighter John Frando told ABC News. “The day that the girls delivered the masks they were immediately placed on all fire engines.”

That mask is the one they used to save Jack’s life.