This Pit Bull, named Juice, was sadly left tied to a pole in a construction lot on Christmas Eve 2016. He was in poor shape – shivering, underweight, and had unidentified bite wounds on his body, ear infections, and a skin infection.

Thankfully he was rescued by NYPD officers and taken to the ASPCA. Everyone who worked at the shelter immediately fell in love with him. He was such a friendly dog, and was so happy to be safe. 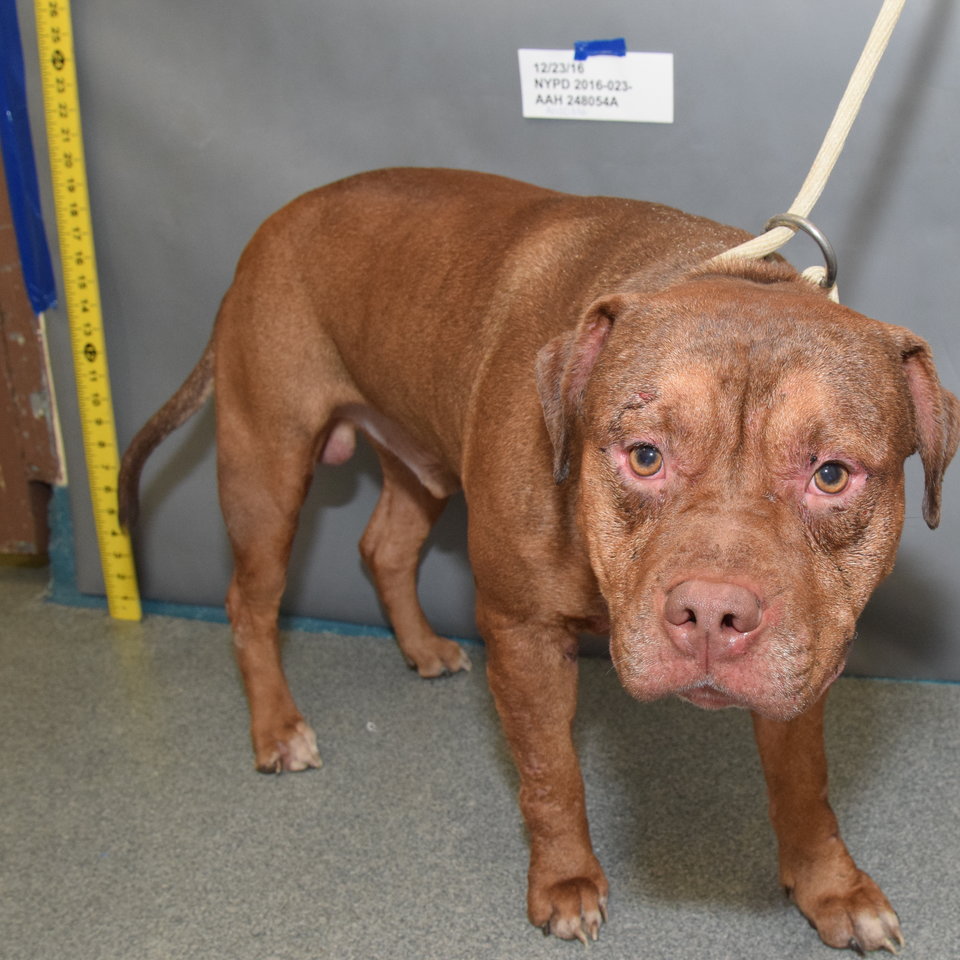 The team at the ASPCA Animal Recovery Center (ARC) took great care of Juice, and by February 2017, he was already healing and had put on a lot of weight. It was time for him to be put up for adoption, and he was moved to their adoption center.

But sadly, Juice was often overlooked because he would bark at potential adopters when he got excited. Because of that, a lot of people would automatically say no to him. They didn’t see Juice the way that shelter employees saw him. 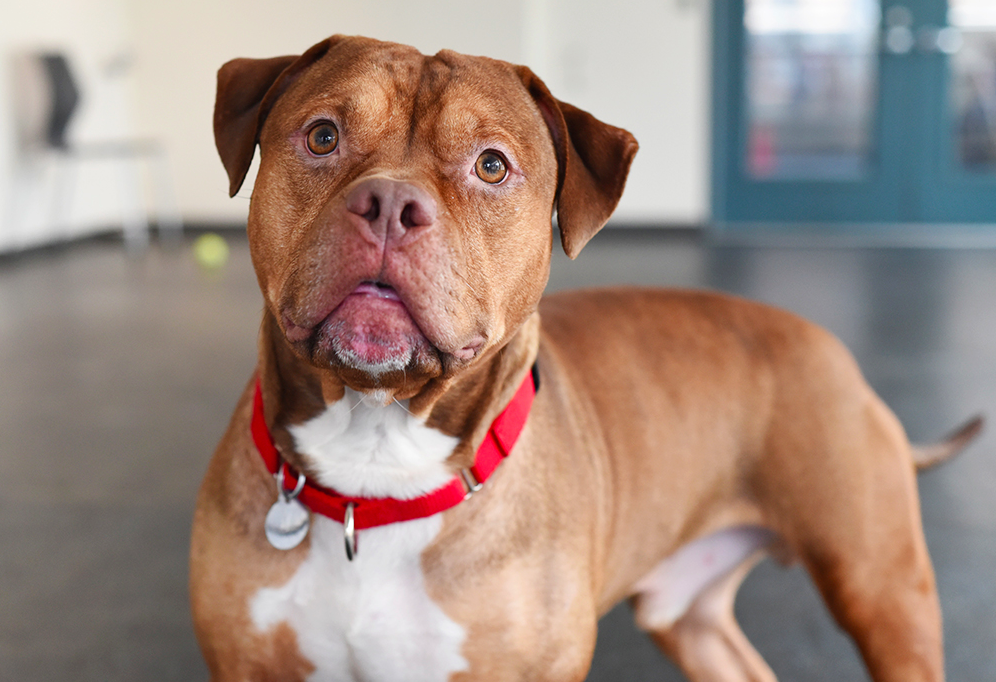 “Pit bulls have long been popular family pets, noted for their affection and loyalty, but you don’t hear much about gentle, loving pit bulls in the media because a well-behaved dog doesn’t make headlines,” says ASPCA President and CEO Matt Bershadker. Everyone at the ASPCA knew that there was more to Juice than met the eye; he was a loyal, affectionate goofball—he just desperately needed someone to see that, and to truly see him.”

“So many of the dogs here have experienced a lot of trauma in their life and they may never have heard the sound of a kind voice,” Bershadker said. “Or they may have never interacted with an individual who cared for them.” 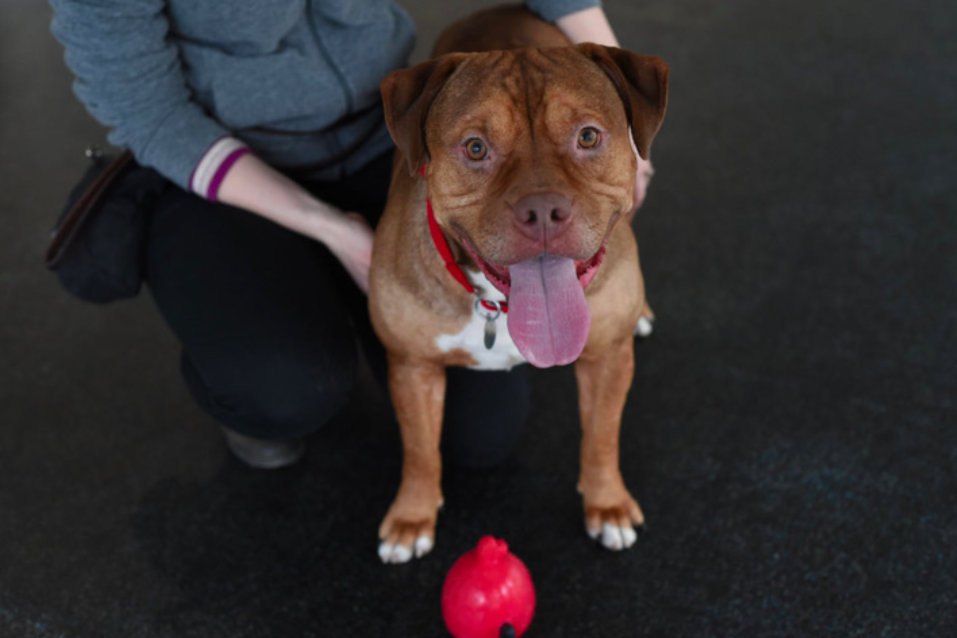 Months went by, and still no one wanted to adopt poor Juice. They began to lose hope that Juice would ever find a forever home.

That is, until a man named Gemar, who had a summer job at the ASPCA, saw Juice and fell in love with him. One night, Gemar went on an inside walk with him and played fetch with him and realized how sweet he was. In that moment, he knew Juice was the dog for him. 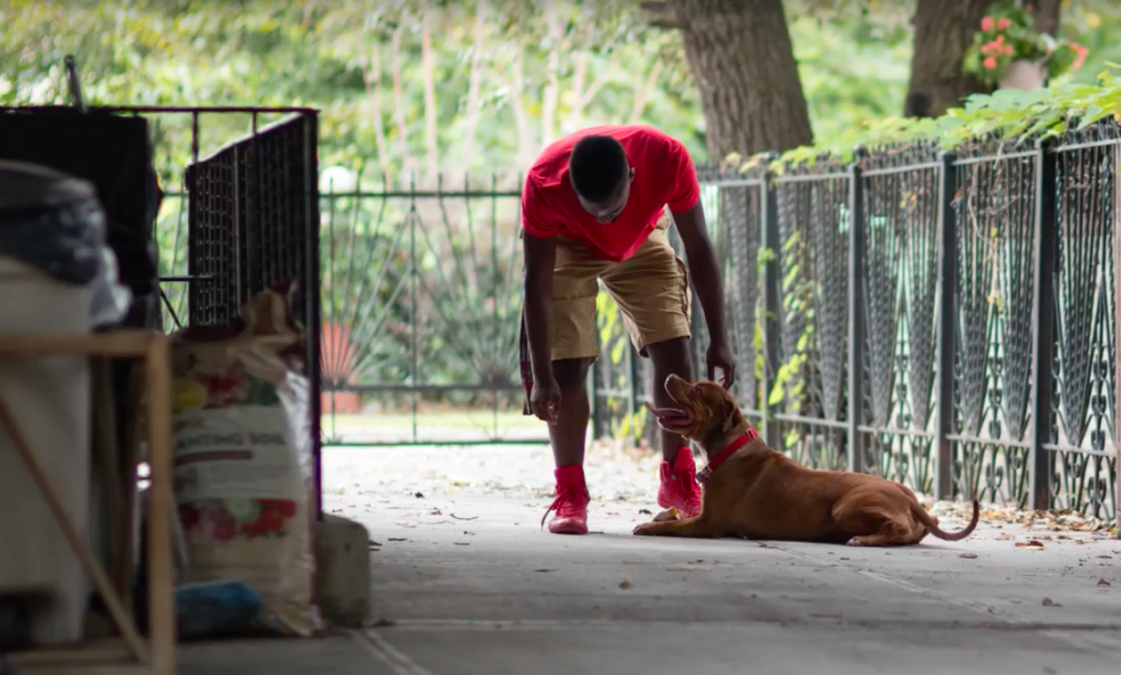 He decided to give Juice a forever home! Juice has since adjusted well to his new home with Gemar and is loving his new life.

“A lot of the behavioral issues that concerned us at first, like not being able to interact with other animals, he got over within the first week or two of being here,” Gemar told the ASCPA. “He’s a completely different dog than what he was in the shelter.” 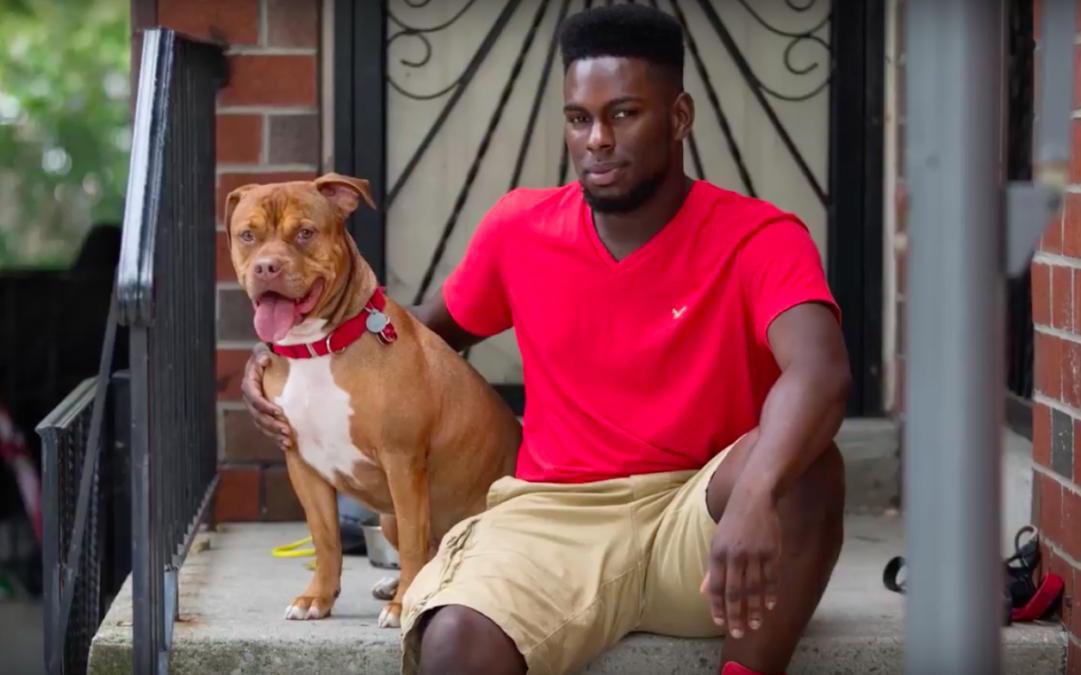 Juice is now quiet, sweet and very friendly. The two of them have formed a very special bond and are the best of friends!

Gemar says potential adopters should try and look past any preconceived notions they may have. 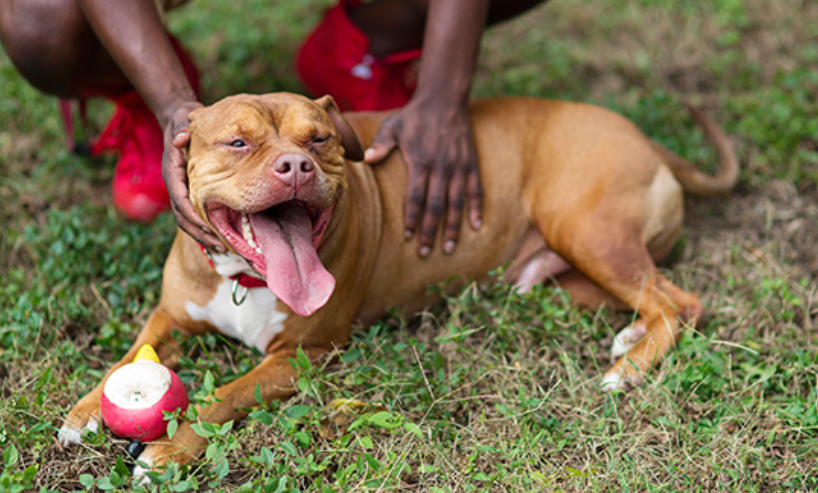 “There’s no need to be afraid, even if they have behavioral issues. Take your chances, it’s not a bad experience,” he told the ASCPA. “A shelter dog comes with a lot of benefits and they are usually very sweet despite whatever problems they may have. Once they get connected to you, you don’t have to worry about anything.”