A kangaroo may have been a little thirsty but wound up getting himself into an unfortunate situation. People witnessed the kangaroo in distress near the Coffin Bay Golf Course in Australia with a watering can stuck on his head.

Golfers Ian Berry, Rob Smith and Steve Dew, knew that they had to help this kangaroo, who was flailing around and unable to get the can off his head on his own. 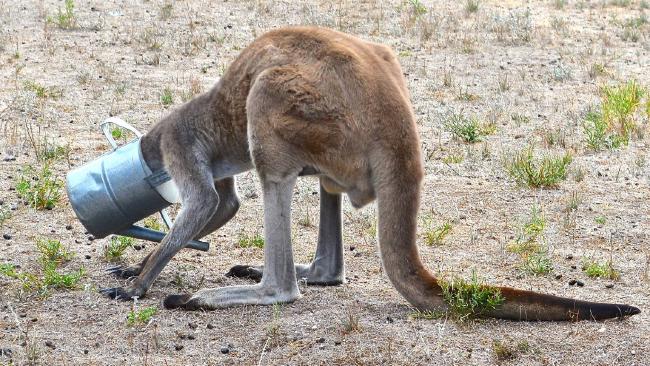 Berry went to check how stuck the can was, and it turns out that they needed tools in order to get it off of him because he was pretty jammed in there. They got rope and tin cutters with the hopes of setting this poor guy free.

But the rescue would prove to be anything but easy. They tried the rope first by tying one end around the can and the other around the kangaroo’s tail. Then they tried pulling, but they were unsuccessful. 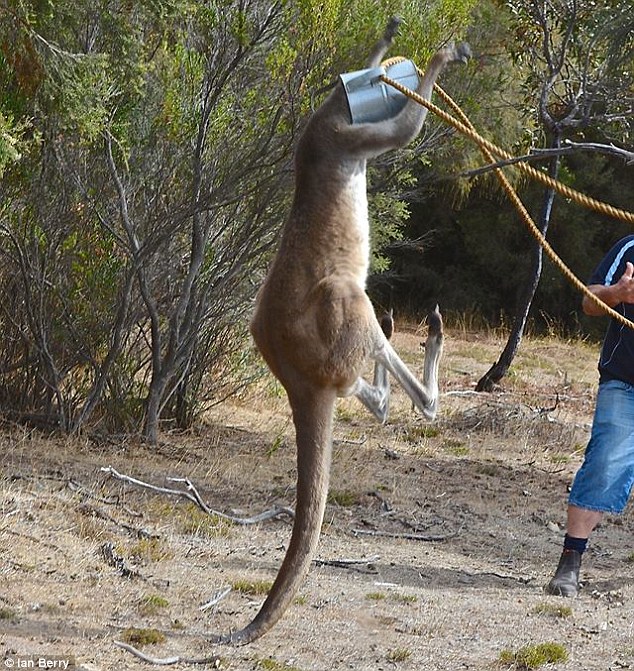 Meanwhile, the kangaroo was hopping around and kicking his feet. Kangaroos are extremely strong, so the men had to be careful not to get kicked by him or else they could’ve gotten seriously injured. They had to keep their distance, while trying to get the can off at the same time, which was clearly difficult. But they were not going to give up.

Eventually, the kangaroo grew tired from hopping around and trying to kick the can off, so the men were able to get close enough to finally use the tin cutter to make a cut in the can. They made the slit which finally allowed them to get the can off. 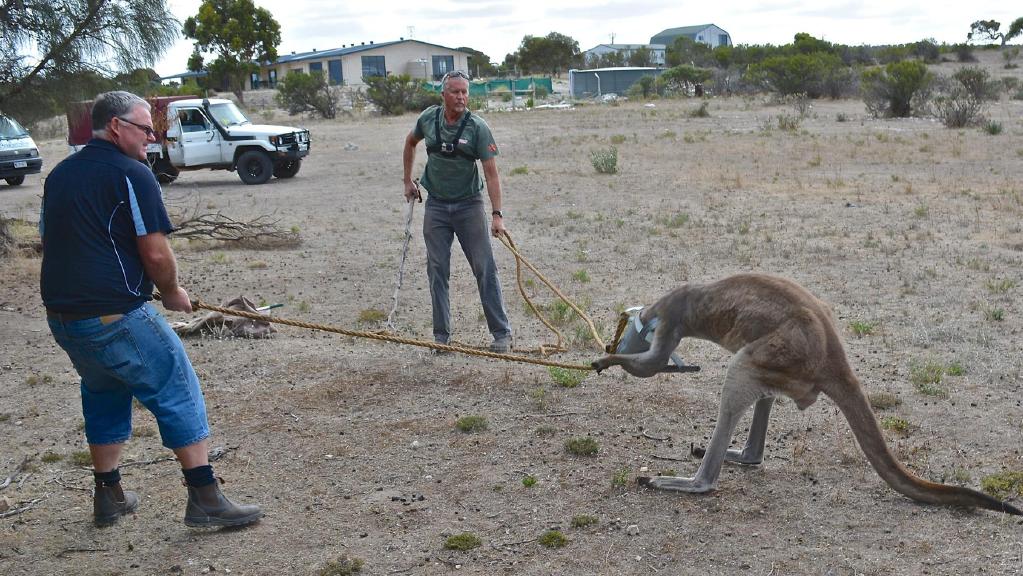 The kangaroo was clearly relieved to finally be free, and hopped off into the distance. He wouldn’t have survived much longer if he stayed stuck in that can, since he wasn’t able to eat or drink, and probably couldn’t breathe too easily in there also.

It’s unknown exactly how the kangaroo got his head stuck in the can, but they suspect that there was some water left in it that he tried drinking. Berry hopes this story encourages people not to leave items around that could hurt wild animals.