7-Year-Old Cancer Patient’s Only Christmas Wish Was A Puppy, So Santa Surprised Her With One

Seven-year-old Makaela Mongo has been battling bone cancer since August 2015. This past October, she had to have her left leg amputated due to the disease, and is still receiving chemotherapy.

Despite what she’s been going through, she has remained positive and has never once cried. Her mom, Carman Richison, says that she understands this is what needed to happen in order for her to live a long quality life. 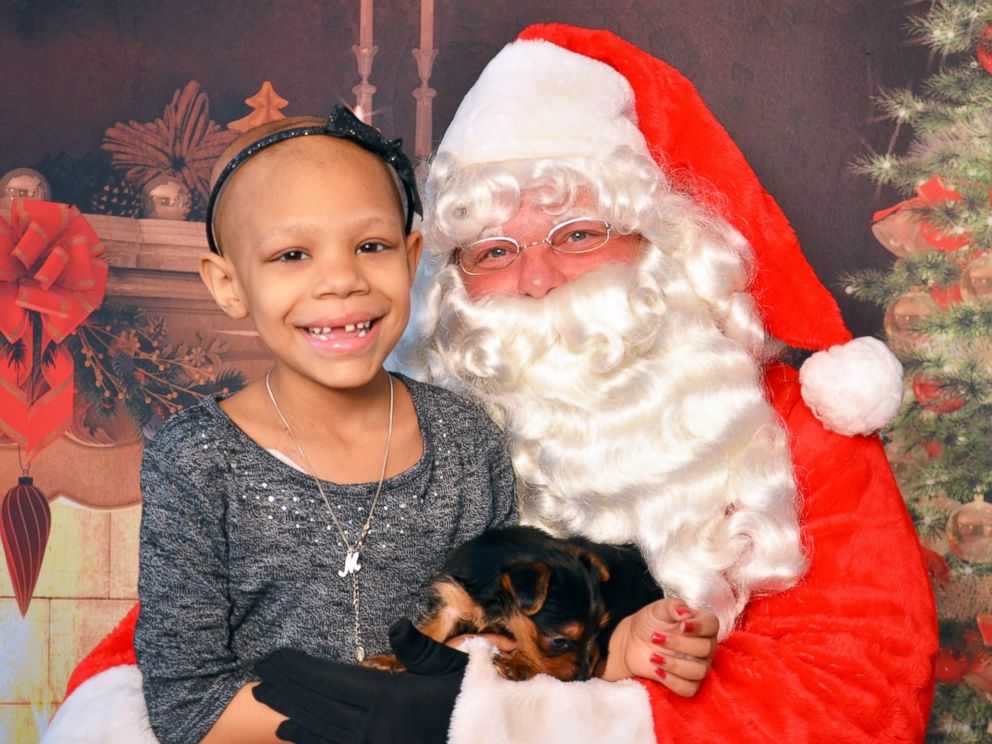 Makaela has been wanting a puppy and has promised her mom that she’d be responsible enough to take care of one. But she had no idea that her wish would actually be coming true.

On December 3, her mom and photographer Mary Rosecrans organized a special visit with Santa at a photography studio. Upon meeting Santa, Makaela asked him for a puppy for Christmas. Much to her surprise, Santa pulled out an adorable little Yorkie out of his toy bag.

They had found the pup in Indiana, and knew he’d make the perfect companion for Makaela. “Talking to her mom, it just occurred to me that a little puppy might make her healing process better,” Rosecrans told ABC News.

When Makaela saw the puppy, her whole face lit up and the heartwarming moment was caught on camera. She decided to name her new pup Jaxon, and is excited to get home to him once she is done with chemo.