Mousse, a chocolate Labrador retriever, disappeared from his Cleveland home in 2015.

Two years later, a woman named Kelli Gebbia saw Mousse dodging traffic. She pulled over and coaxed the dog into her car and drove around for a while, trying to find his owner. When she couldn’t find whom he belonged to, she posted on social media in the hopes that someone would recognize him.

Gebbia then took the dog to the veterinarian who scanned for a chip but couldn’t find one. She took the dog back to her house where he played in her family’s pool. Then she contacted her local shelter to see if Mousse’s owner had looked there. 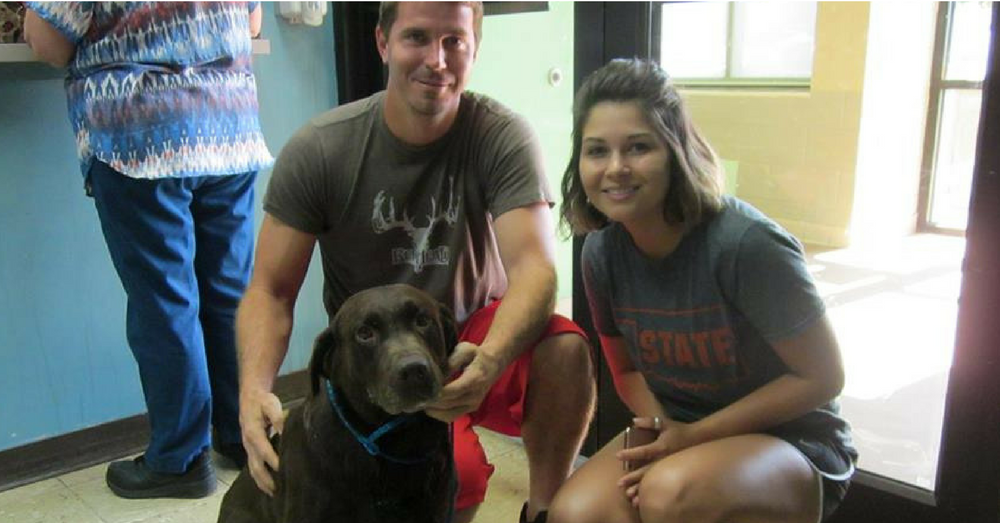 The City of Tulsa Animal Welfare scanned the dog and his owner’s information came up. It turns out his owner is Grant Krotzer. They immediately called Krotzer to let them know that they had a dog whose information led them to him.

This was the phone call Krotzer has been waiting for for the past two years. In tears, Krotzer asked if it was a chocolate lab. Upon finding out it was in fact Mousse, the family came to the shelter to reunite with their beloved pup. 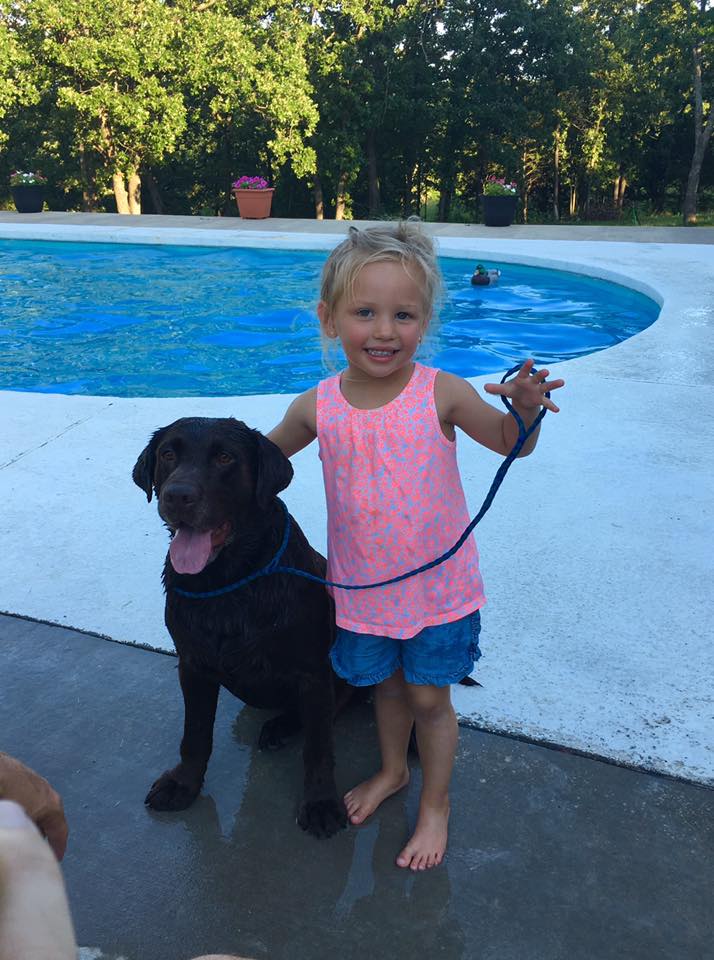 Moussa remembered his dad and was so happy to finally be back with him again. Moussa now has a little human sister who has been waiting back home for him as well!

“It’s incredible to imagine what the last 2 years have been like for him, but at least I can tell you about his last 24 hours,” Gebbia said to Krotzer in a Facebook comment. “I have cried so much about your reunion! From one lab family to another, congrats! I’m so glad I was in the right place at the right time yesterday.”