When They Found This Dog, He Was Too Sick For Treatment. Here’s How He Survived.

A pit bull was found in horrible shape. He was extremely sick and had sarcoptic mange, heartworm, dermatitis, was severely malnourished, and on top of all that, he was blind. So many problems for this poor little guy!

He was wandering the streets all alone, unable to see and unable to find food. It’s unknown how he got there, but it’s assumed that he once was someone’s pet since he had cropped ears and a collar. Whether he ran away or was dropped off by his former owner is hard to say.

When they first took him in, rescuers thought he was too sick for treatment. But luckily, they didn’t give up on him, and now he’s getting stronger every day. He is also learning how to trust again, which is a miraculous improvement. 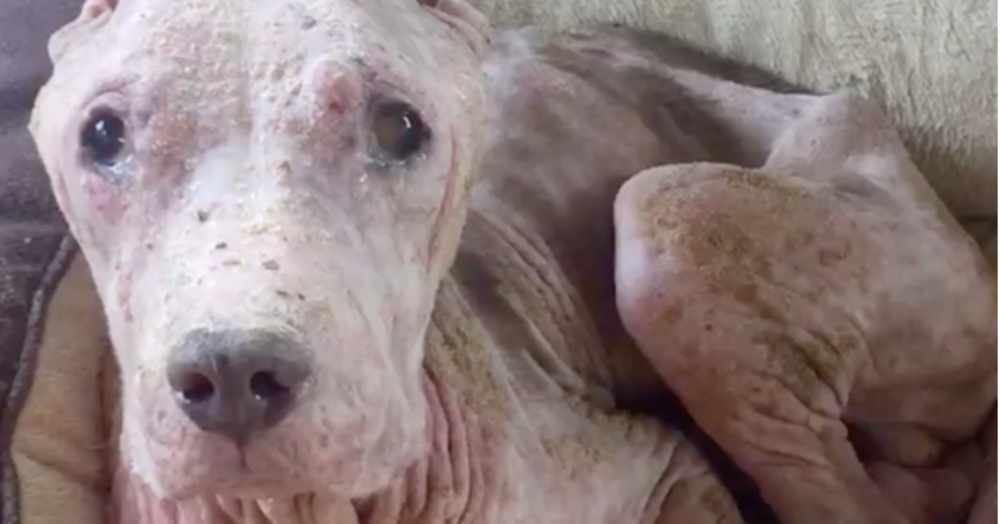 They named him Mr. Hicks, and he is currently in foster care in Puerto Rico, where he is getting unconditional love and attention. Because he is blind, he was frightened at first by all of the new sounds, smells, and touches, but he is warming up quickly. Now he loves his new parents as much as they love him! 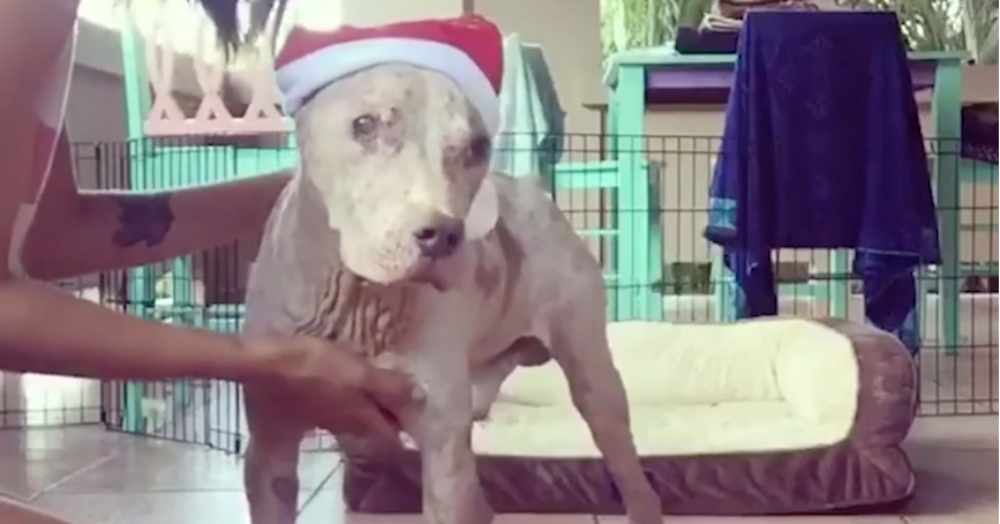 Mr. Hicks’s transformation is slow-going. He wasn’t able to be treated for everything all at once, because his poor little body simply wouldn’t take the stress of it all. He will be starting heartworm treatment once he is a little bit stronger. His foster mom cooks for him every day and also gives him medicated baths daily to help his skin regenerate.

Check out the video below to learn more about this adorable guy!