His Legs Were Chopped Off With A Sword For Chewing Shoes. Now, He’s ECSTATIC To Walk Again!

A neighbor saw a nine-month-old puppy chewing on his shoes, so he chased the dog away and confronted his owner. The owner was very apologetic and even offered to pay for the damage, but the neighbor angrily took a sword and cut off the puppy’s front legs.

The owner rushed the pup, named Cola, to a vet clinic in Bangkok, Thailand, but didn’t think he would survive. Infection had set in, and he lost a lot of blood, but he was a fighter! Soi Dog Foundation, a nonprofit group that helps homeless, neglected and abused dogs and cats in Thailand, offered to cover the costs to send Cola to a specialist clinic in Bangkok called iVet. 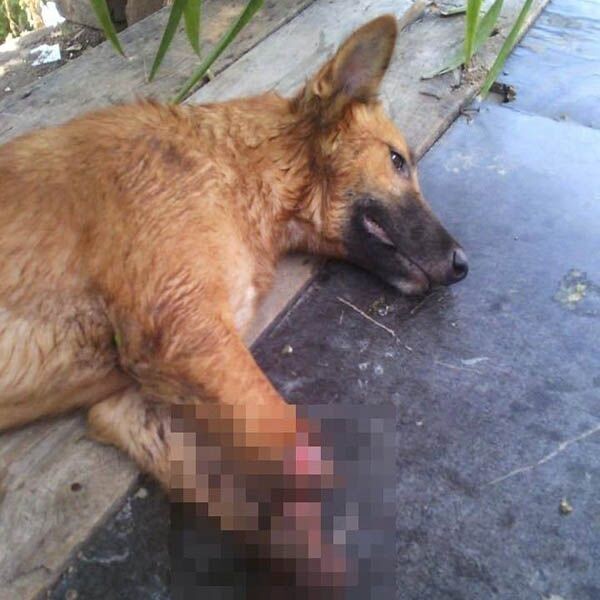 Thankfully, Cola was able to recover, but his owner didn’t want to take him back home. He was too afraid that the poor pup would be hurt again. The neighbor was sentenced a month in jail for his crime under Thailand’s newly formed Animal Welfare Act. So, the owner agreed to have Soi Dog take Cola in. 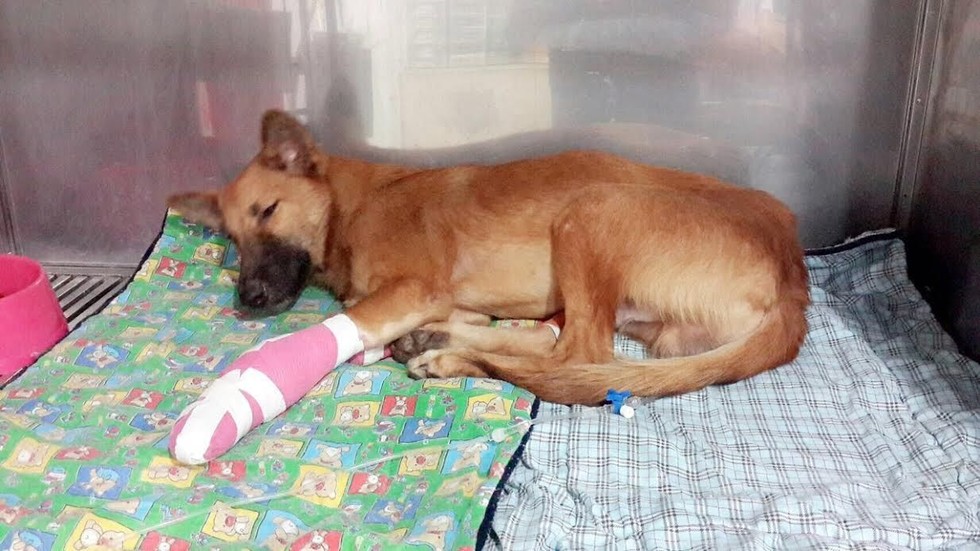 While recovering at iVet, Cola was fitted with a wheelchair so he could get around. Without the wheelchair, he learned to hop on his back legs and still was able to maneuver around. Although he was able to get around, it was still a struggle. 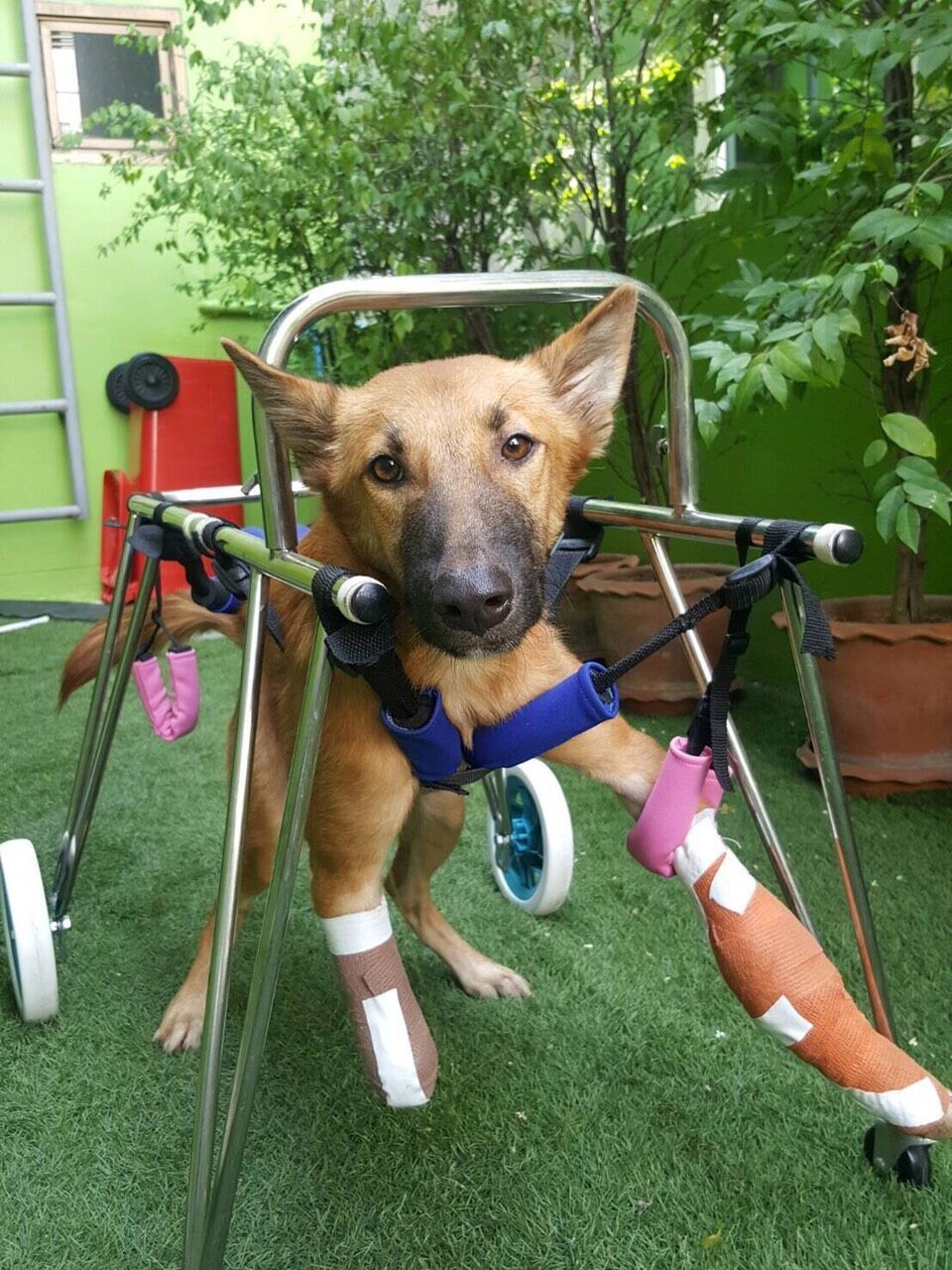