A little two-month-old stray kitten, named Rilu, was found wandering the streets alone three years ago. He was very skinny and frightened.

He was walking aimlessly and meowing desperately, as if he was calling out for help. 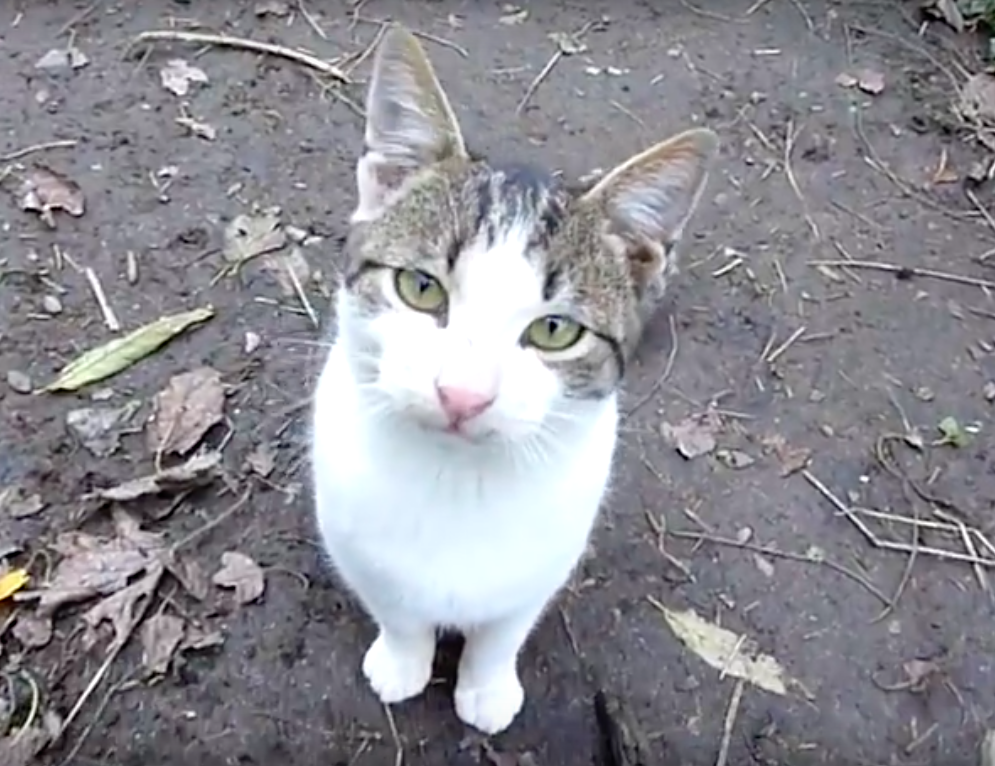 Thankfully, he got that help. Volunteers from Howl of a Dog, an animal rescued organization, pulled up near Rilu and got out of the car to approach him. The second he saw them, he walked over to them and crawled onto one of the volunteer’s legs, still meowing. 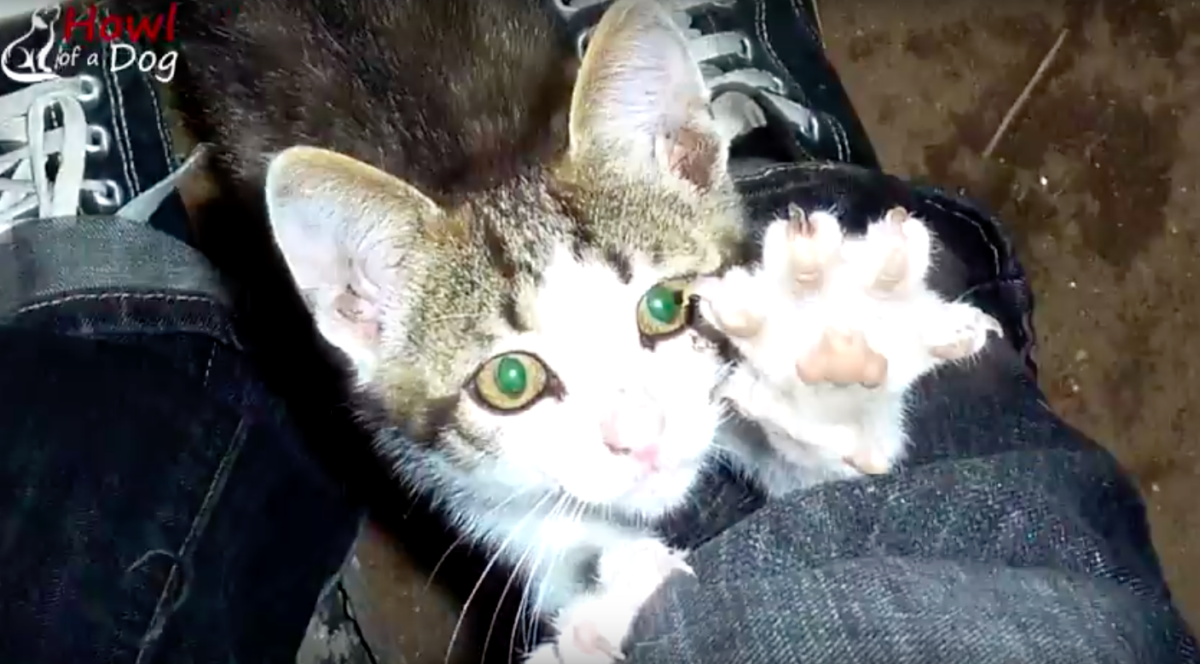 He was clearly happy and relieved to finally be getting attention from humans. His past is unknown, but rescuers believe that he was had an owner who no longer wanted him and dumped him. 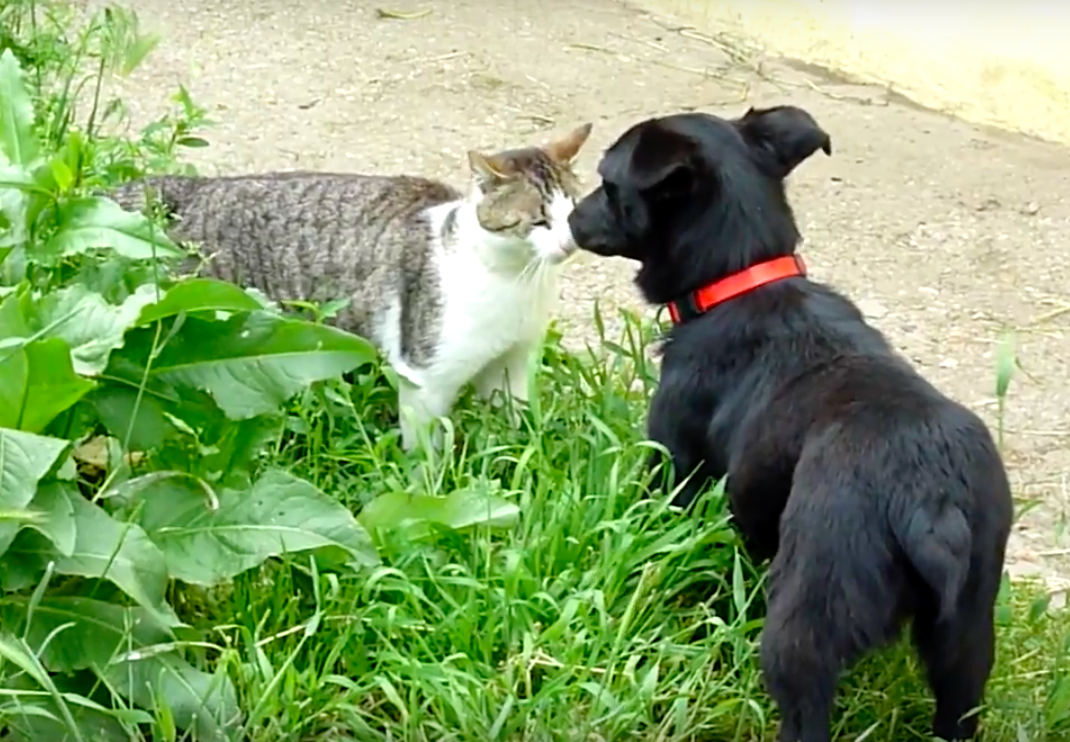 Howl Of A Dog took great care of Rilu and nursed him back to health. He grew bigger and stronger each day, and was a very friendly and affectionate cat. Three years later, and he is still under Howl Of A Dog’s care. They’ve adopted him as their own, and haven given him a second chance at life. 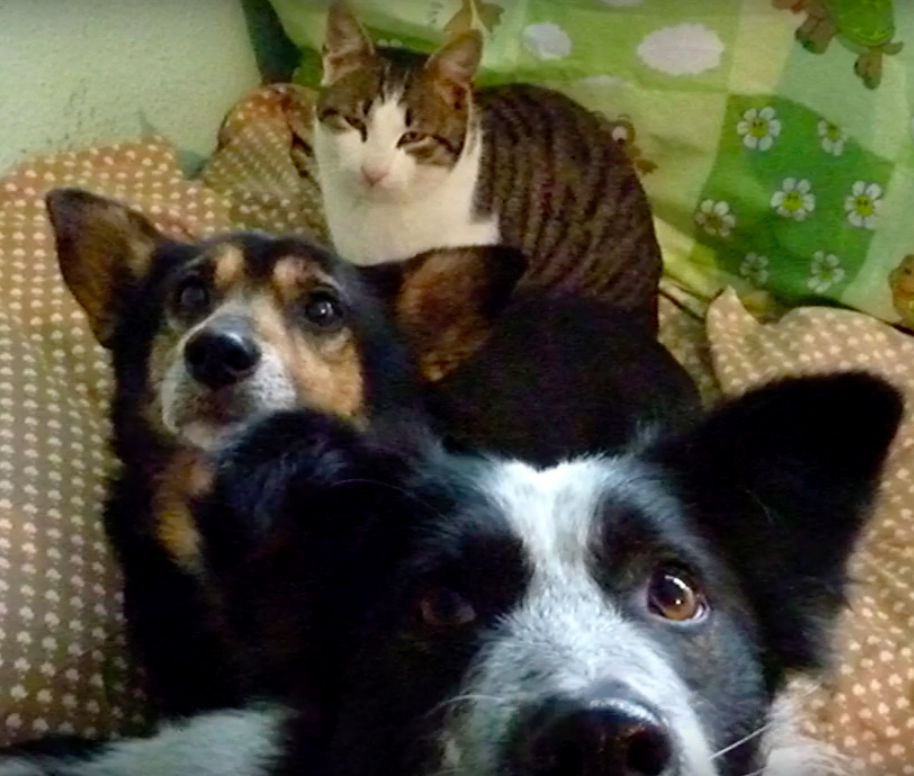 Over the past few years, Rilu has befriended many of the rescue dogs there. He loves them all, and they all love him back! They get along great, and the rescue dogs have “adopted” him and accepted him in their pack. They treat him like he’s a dog as well. 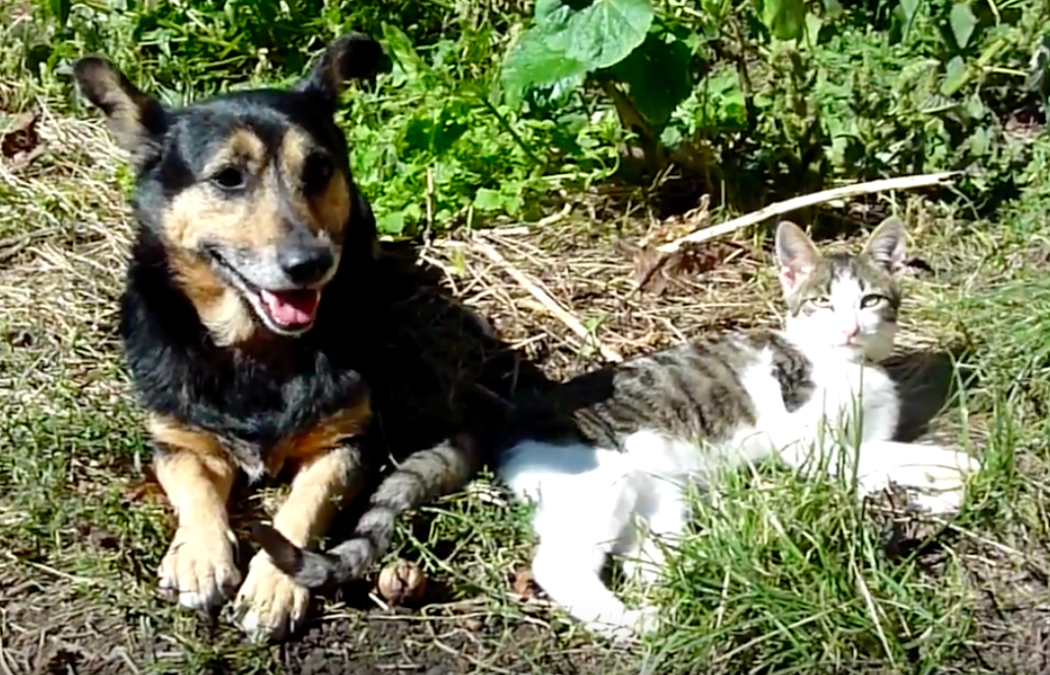 Their friendship and bond is absolutely heartwarming and just shows that dogs and cats can get along and that love and friendship knows no species!

The video below is a compilation of funny and cute moments that Rilu has shared with her doggy best friends.

Little Rilu wouldn’t have had a shot at this amazing life if it weren’t for his rescuers from Hope For Paws. Every animal deserves a second chance like Rilu. Shelters can be an extremely stressful environment for animals. If you’re thinking of getting a pet, adopt don’t shop! You could make one cat or dog very happy!