Gator Takes Chomp Out of Dog

Sabol the Labrador Mix has had to endure surgery and multiple stitches, but is grateful to be alive.

That’s because Sabol was bit while trying to fend off a six-foot alligator and avoid getting pulled into a lake. The dog’s owner found the black canine bleeding on the grass from a serious bite wound on her belly. 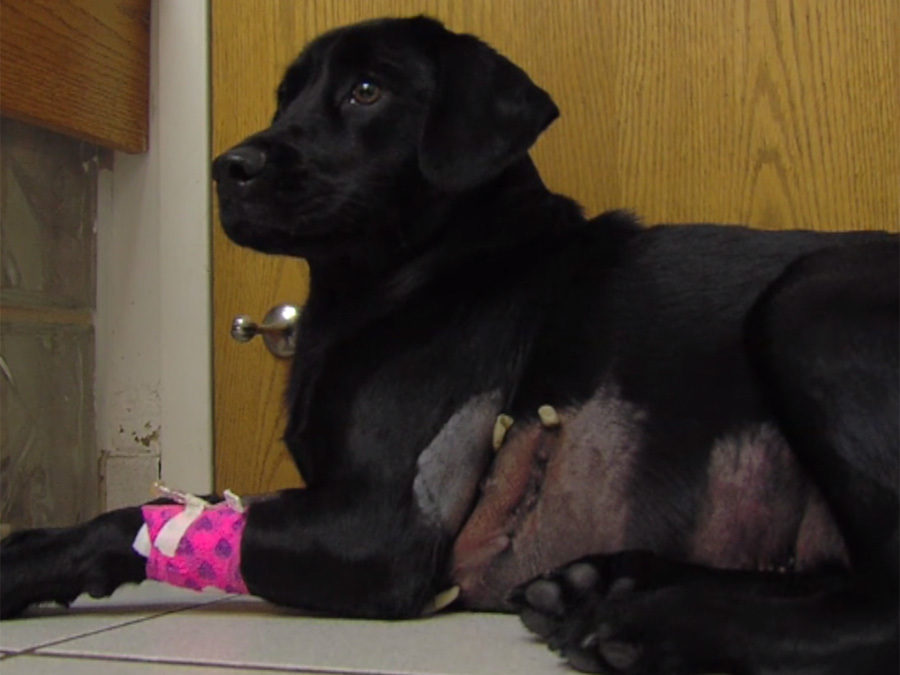 According to WPTV 5, the Labrador and Dachshund mix ran off from her owner for only a very short amount of time while on a walk in West Delray Regional Park in Delray Beach, Florida.

Jason Burt, Sabol’s owner was devastated and in shock about his what happened to his best friend. He immediately rushed her to Clint Moore Animal Hospital, where veterinarians performed a two-and-a-half hour emergency surgery. 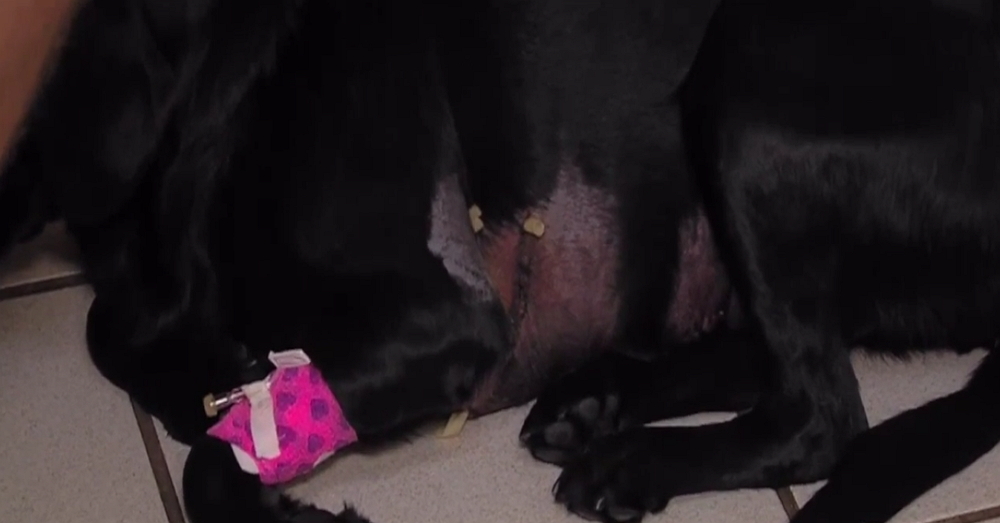 Sabol pulled through her alligator chomp like a champion and is expected to make a full recovery. Doctors John Thomas Brady and Brian Butzer told WPTV that they were amazed that Sabol was able to escape the gator’s grasp before it was too late and pull through without any organ damage or serious infection.

Sabol’s family now faces thousands of dollars of medical bills. If you would like to help with Sabol’s recovery, you can donate to her family at their GoFundMe page.