Sad Baby Chimp Gets Rescued And Finally Gets To Experience Happiness

Volunteers at Ape Action Africa’s Mefou Primate Sanctuary say Jenny was one of the saddest baby chimps they had every laid their eyes on when she arrived at their facility.

“The little baby was so unused to human affection that she refused all contact and spent the whole journey on a blanket on the floor,” Ape Action Africa told The Dodo. “Our sad little girl is around 10 months old and has wounds on her hips where she has been tied up with rope.” 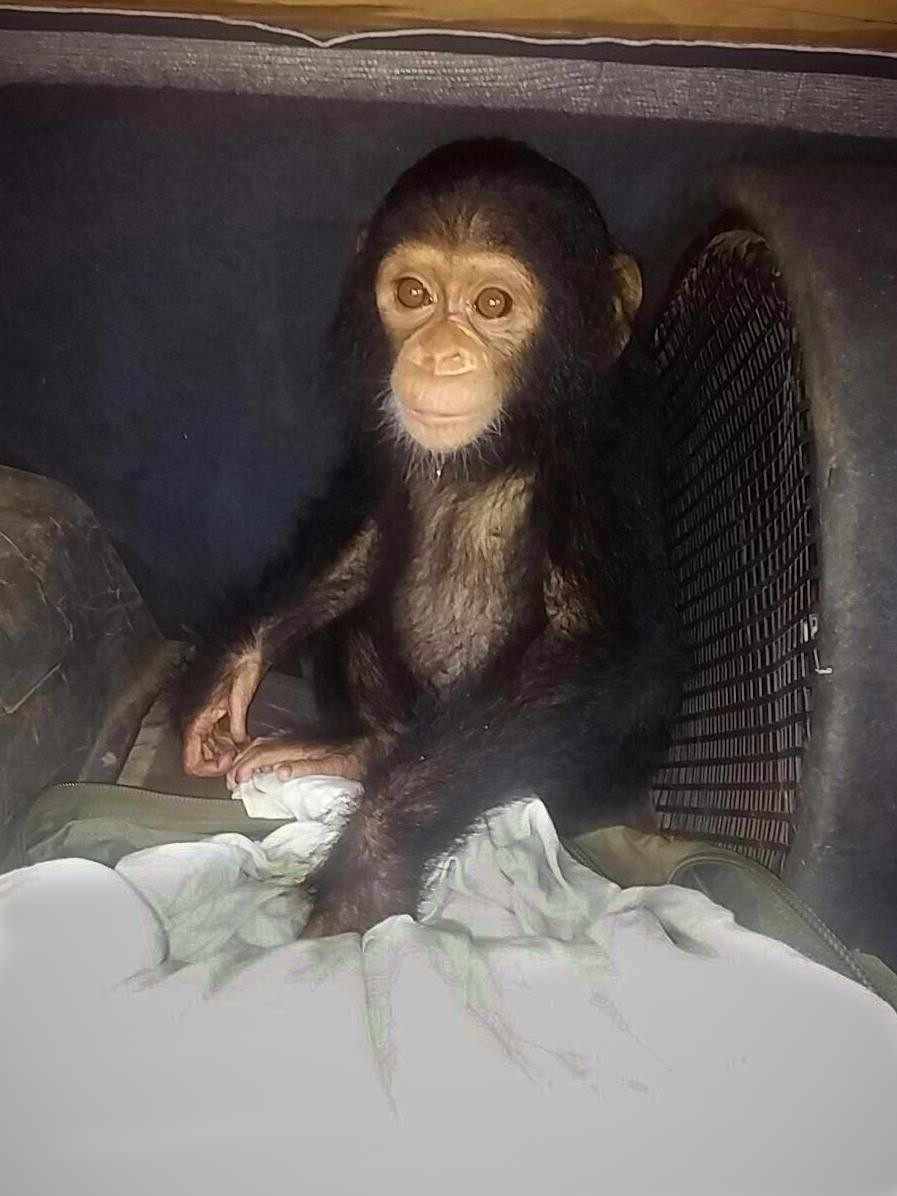 The little chimp was rescued from a neglectful and abusive home after a neighbor noticed her tied up in the yard. The good Samaritan persuaded the owner to give him the tiny animal. That’s when the neighbor discovered the terrible shape Jenny was in and immediately took the animal to Ape Action.

Despite escaping her traumatic life, Jenny was afraid and unable to trust anyone. She simply curled up into a ball, clutching her blanket. 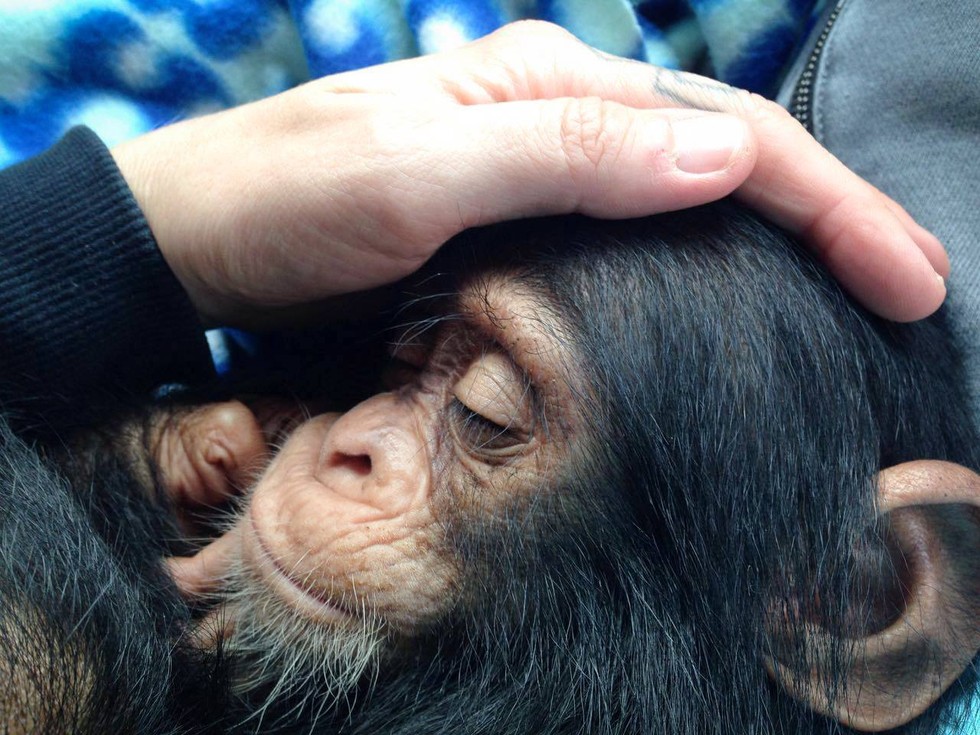 Workers at the sanctuary say she refused any contact with humans and that they knew it would take a while to gain her trust.

At one point, it seems that Jenny decided to take a chance on these new people. She slowly crawled over to one of the volunteer’s lap and fell asleep. 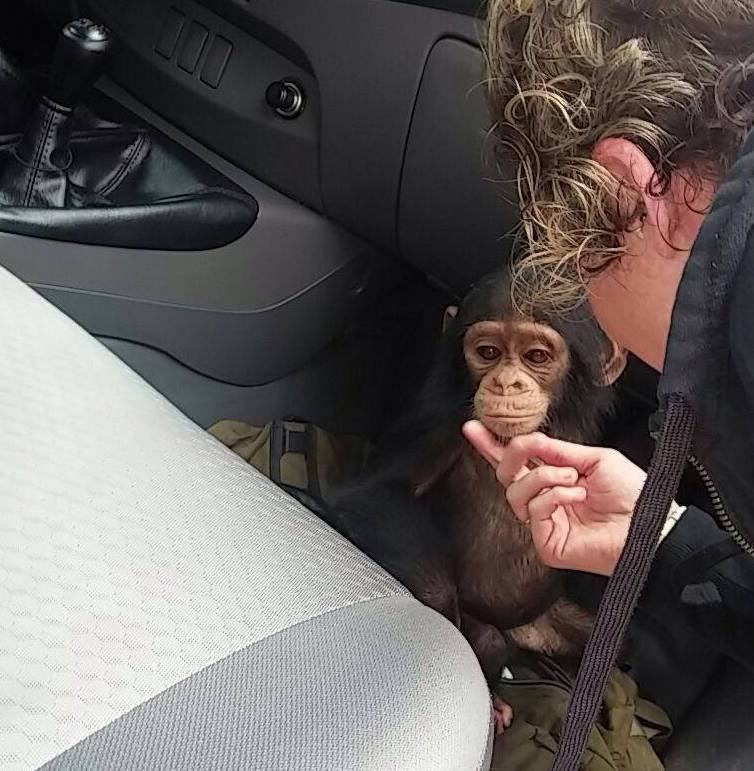 While she tolerates basic grooming and some petting, Jenny is still leary to completely trust the workers. Who can blame her after the traumatic life she once lived?

However, the staff said she is making improvements. She is even starting to gain interest in the other chimps at the sanctuary. 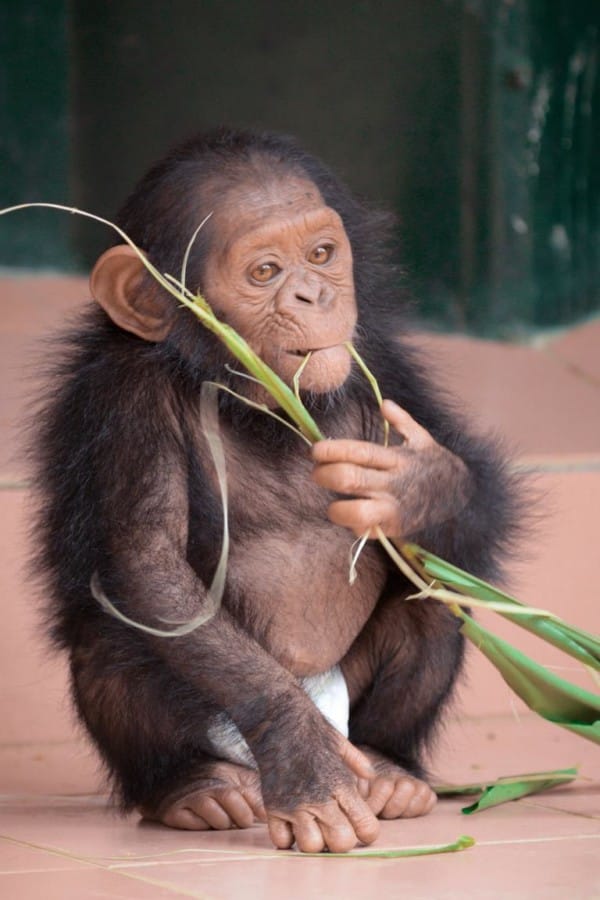 “She listens intently to the calling of the chimp group nearby, hooting gently in response,” the group wrote. “We will never be able to replace what she has lost, but hope that we can give her a lifetime of love and companionship with her own kind.” 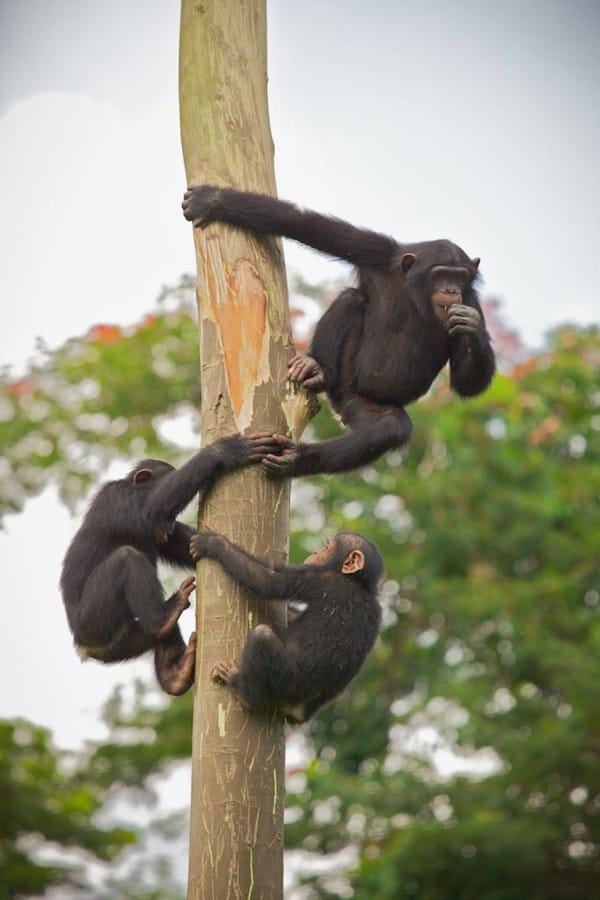 For more information on Ape Action Africa’s Mefou Primate Sanctuary and how you can help with their mission of helping animals, visit apeactionafrica.org.