Rapunzel was then taken to the Gulf World Marine Institute (GWMI). Thankfully she got help as soon as she did because if the fishing line had been left any longer, she would have lost her front right flipper, and the hook she ingested could have killed her. 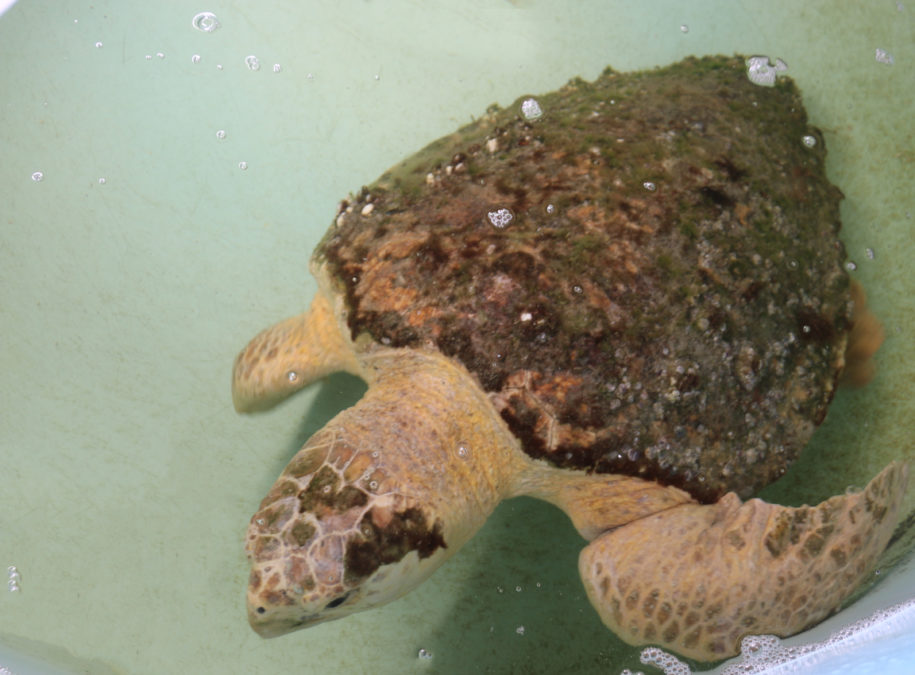 They put her under anesthesia so that they could perform surgery to remove the fishing hook. They made an incision in her throat to pull out the hook. Thankfully the surgery was a success. This is sadly a very common problem since sea turtles feed around piers and get accidentally hooked by fisherman. This is also why it’s extremely important not to leave your fishing gear behind because sea turtles can get trapped in it and become seriously injured. 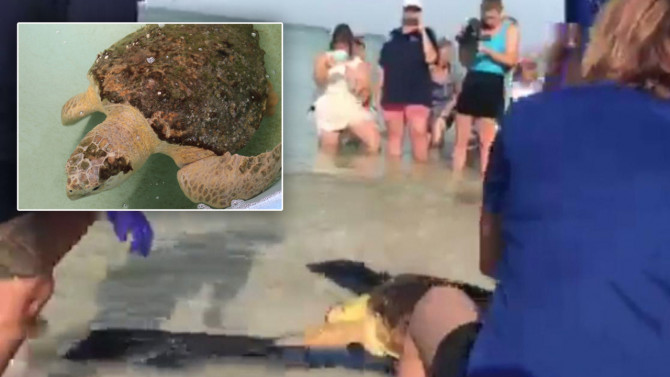 After surgery, Rapunzel was given cold laser therapy on the injured front flipper and antibiotics. Once she was healthy enough and fully rehabilitated, it was time to release her back into the water where she belongs. The community gathered around while rescuers escorted the turtle across the sand and safely back into the water. Everyone cheered, applauded and encouraged her as she swam off into the Gulf.

This was the tenth hook ingestion that the Gulf World Marine Institute has encountered just this summer alone. It’s a sad situation, but they’ve been able to successfully rescue and release each one. Of course releasing them is the best part and makes all of it worth it.