Someone Didn’t Want This Dog With A Skin Condition Anymore. The Reason: ” It Was Too Much Work”

Shelby is a 10-year-old Labrador coonhound mix who was almost euthanized due to a treatable skin condition. For the first time in her life, she is finally learning what love truly means. One week before Christmas in 2016, Cecelia Blake, cofounder of Connect A Pet New England (CAPNE), got a startling phone call from a former co-worker. “She had happened upon a dog whose family had apparently given up on her,” Blake wrote on CAPNE’s Facebook.

“The family stated she needed baths every other day and a $200 medication. It was too much work and too much money,” Blake told the Dodo. Vets confirmed that Shelby’s skin condition was quite extensive, but that is still not a good reason to leave an innocent dog in extremely horrible condition. Shelby was nearly 20 pounds underweight, infested with parasites, and was also suffering from two ear infections. Once she was treated for the conditions her original owner should’ve taken care of, the ten-year-old could find her forever home. Thanks to CAPNE, that’s exactly what happened. 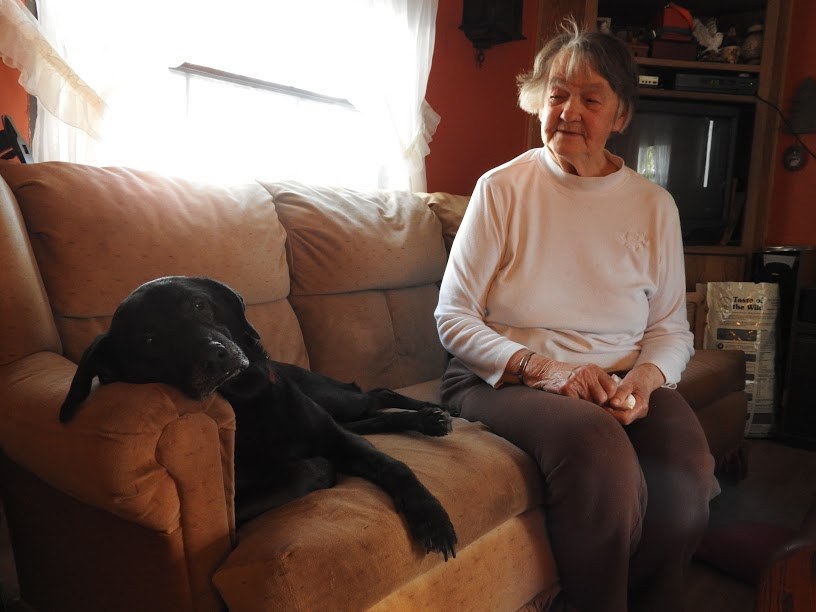 Blake fostered Shelby and nursed her back to health until Lillian and Red Bibber gave her all the love and attention that she needed. The Bibber family had a hole to fill in their heart after they recent lost their dog and were looking for a laid-back companion. “She sleeps a lot, but is also very loving,” Blake told the Dodo, who still visits Shelby in her new home. The senior pup loves to watch old Western movies with her new owners while relaxing on the couch. Congrats to Shelby, the Bibber Family, and all who worked so hard to help this adorable dog find a new home!