‘Grumpy’ Shelter Dog Goes Unnoticed For Weeks, But A Photoshoot Helped Him Find His Forever Home

For more than 30 days, no one noticed Sheldon, a Pit Bull mix at the Maricopa County Animal Care and Control in Phoenix, Arizona.

If you ask me, Sheldon could be Grumpy Cat’s twin. 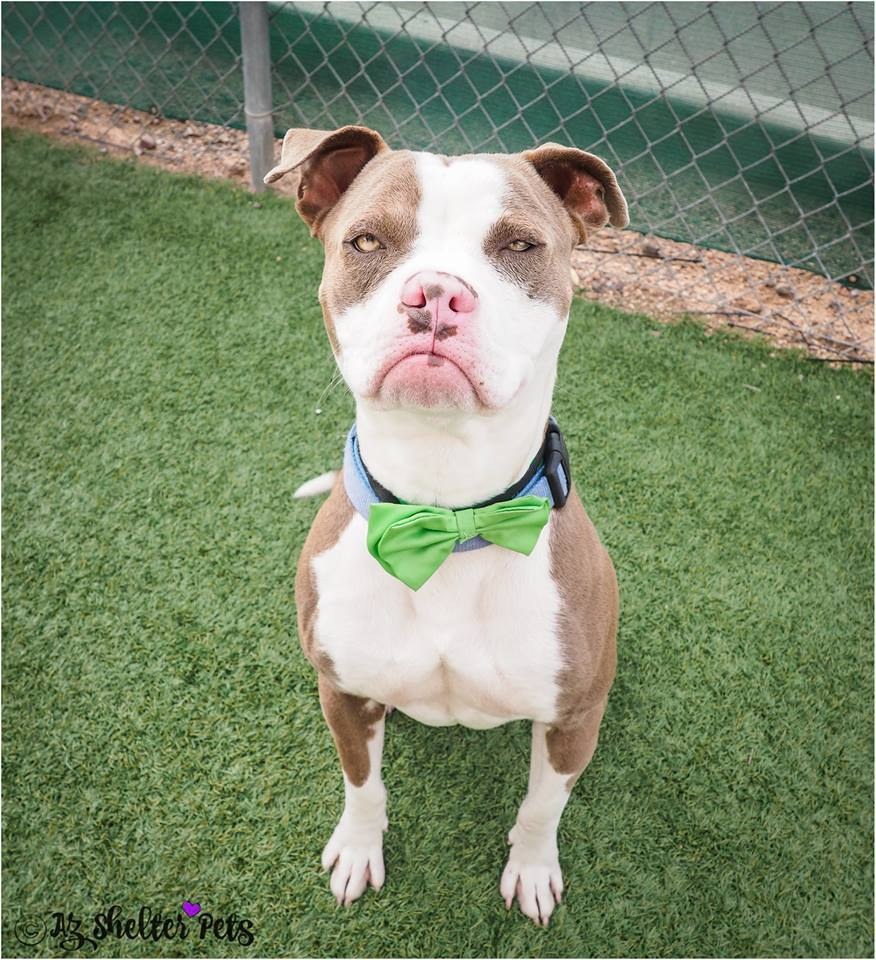 Heather Haltmeyer is a shelter volunteer at Maricopa County, and seemed to be the only one who had noticed him at the shelter.

“I never saw him doing a meet-and-greet,” Haltmeyer told the Dodo. “It’s unfortunate, but at any given time, we have about 600 to 800 animals between [our] two shelters, so you can imagine how hard it is for one pit bull to stand out amongst 600 other pit bulls.” 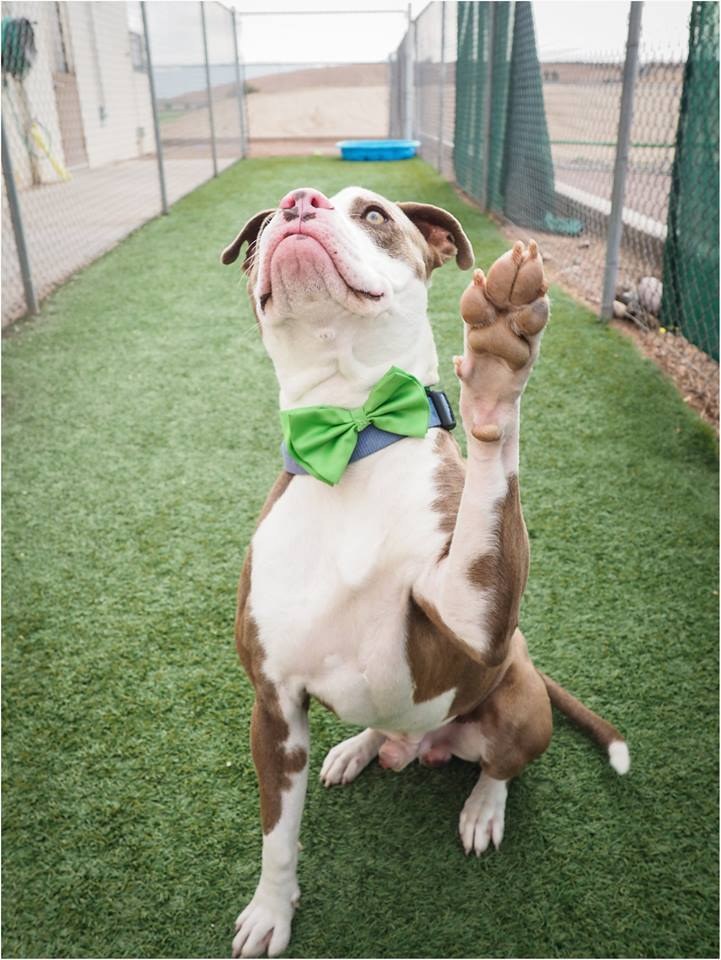 While Haltmeyer was taking photos of Sheldon, she began to realize that Sheldon was a natural in front of the camera.

The next day, she uploaded Sheldon’s photos to the Maricopa Animal Care and Control Facebook page, and success was almost immediate! 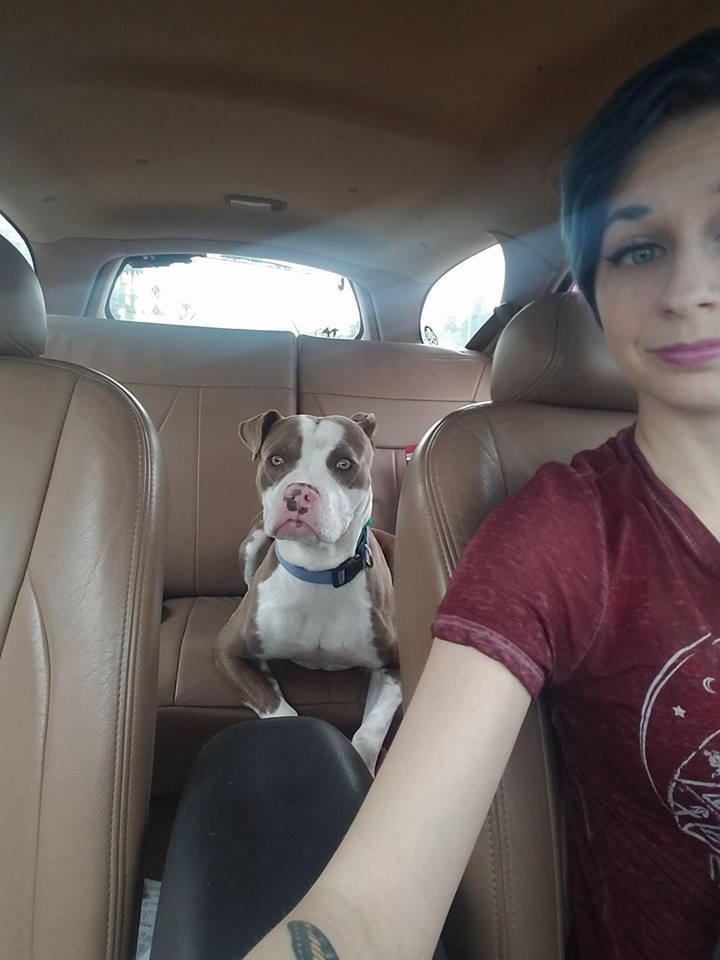 Within a few hours of the photo going up, a woman named Emily Chmiel adopted him the next day.

“I fell in love with his serious expressions in his pictures and knew he belonged in my house,” Chmiel told The Dodo. 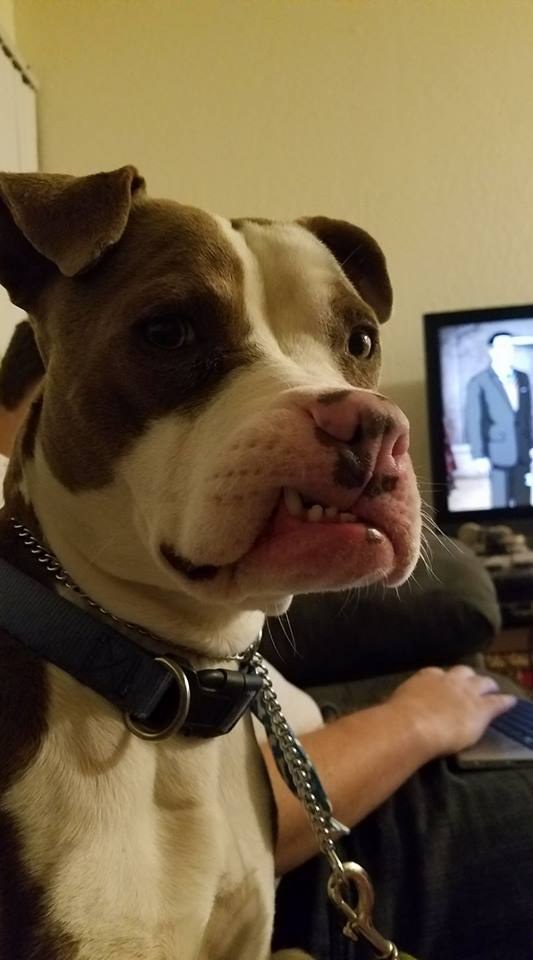 To no surprise, his facial expressions are what put now named “Castiel” over the top for adoption.

Castiel enjoys spending time with his five feline family members, and is forever grateful for Haltmeyer giving this pup his time to shine in front of the camera. 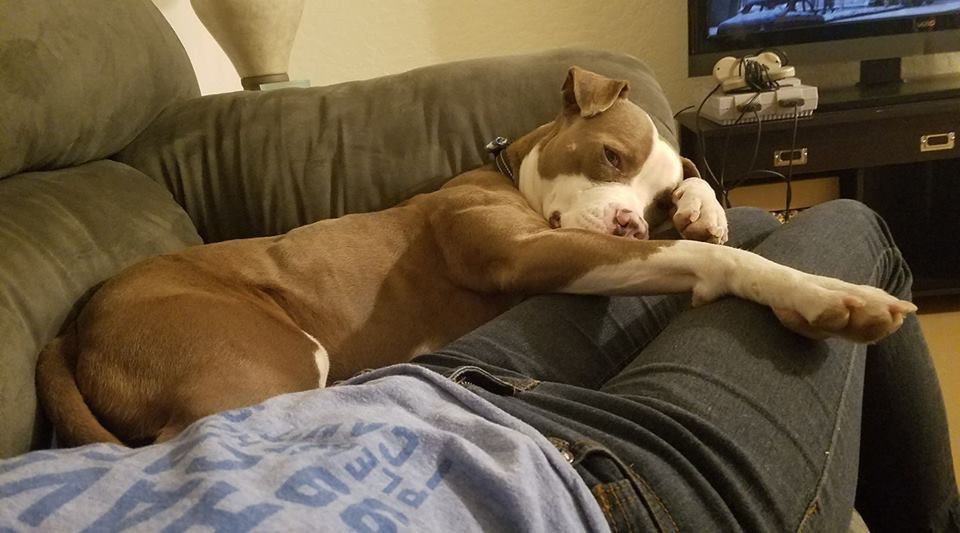