Firefighters are trained to be ready for any situation, but one Cimarron Hills firefighter probably never thought he would find himself in this strange situation, when the emergency workers were called to a rescue situation involving a skunk trapped in a dumpster.

With the skunk’s head stuck in the drainage hole of the dumpster, the firefighters had to figure out a way to help it out without injuring the animal. The best way they could come up with was to use an electric saw to make the hole bigger to get the skunk’s head out.

However, such a stressful procedure would scare the skunk and we all know about what happens when a skunk gets scared. One firefighter came up with a clever way to keep the animal calm during the rescue.

These absolutely adorable photos show the firefighter with a heart of gold reading the Dr. Seuss Cat In The Hat classic to the animal. Without hesitation, the firefighter crawled into the dumpster, sat surrounding with garbage and read this classic children book to keep the animal calm throughout the rescue ordeal. 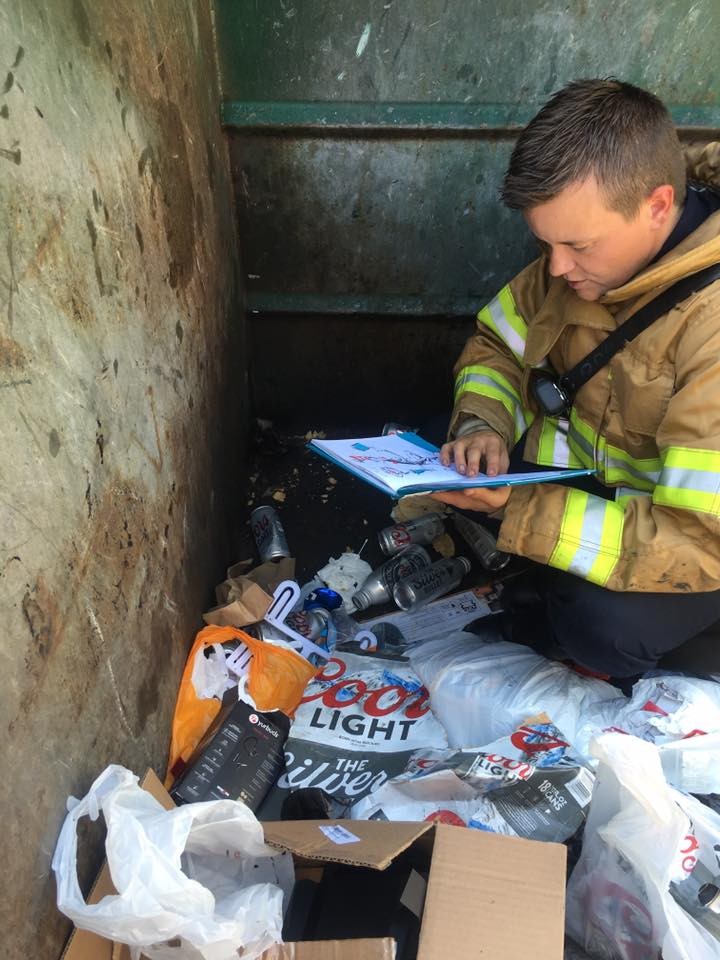 After 45 minutes, the skunk was free. Nicknamed Oliver, the skunk immediately scampered away to the wilderness. Of course, not before spraying his rescuers. Not exactly a good way to show his gratuity.

The Cimarron Hills Fire Department posted about the ordeal on Facebook and the status quickly went viral. Many people commented and wanted to know more about story choice. One Facebook comment read, “The whole world wants to know… What book soothed the savage beast???” 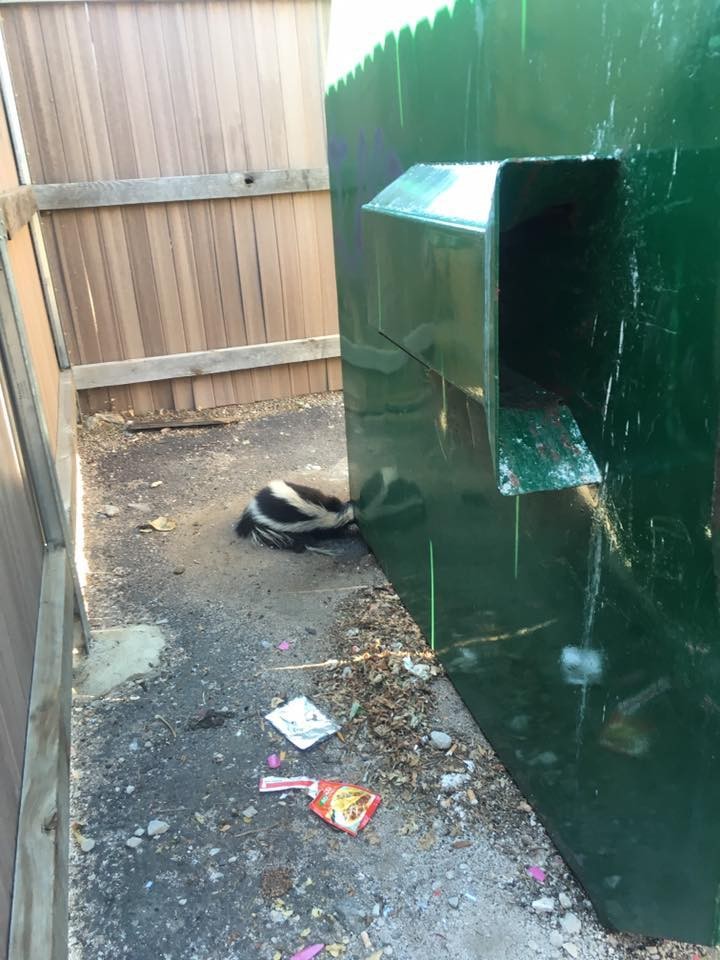 The fire department replied, “It was an English & Spanish version of the Cat & the Hat (partially translated to the skunk and the dump).”

This rescue was a reminder of how emergency responders will do anything to make sure that they keep anyone (human or animal) safe from harm, even if it means sitting in a smelly dumpster reading a children’s book to a skunk.