They Saw A Stray Dog Limping Around In Pain. When Vets Took A Closer Look, They Discovered Why

Hope For Paws received a call about an injured stray dog who sought shelter in an apartment complex. Hope For Paws rescuers quickly arrived to the scene to help the poor dog. Once the found her, they secured the area so she couldn’t run away.

The pup was in terrible shape. She was filthy and her fur was so matted, which was probably painful. She was also limping and needed medical attention right away. She was starving and didn’t even hesitate to take some cheeseburger from the rescuer’s hand. 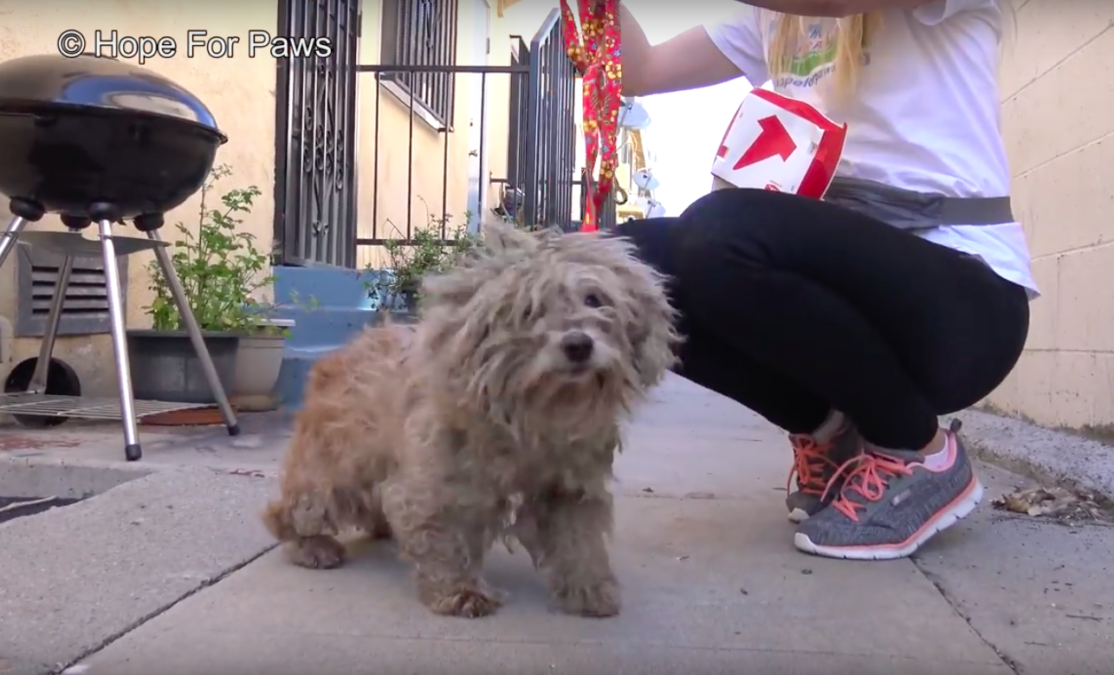 Luckily, she was a friendly dog and allowed them to put the leash around her. They carried her to the car and brought her right to the animal hospital to get treated for her ailments and figure out why she was limping so they could fix it as soon as possible. They decided to name this sweet pup “Sparrow.” 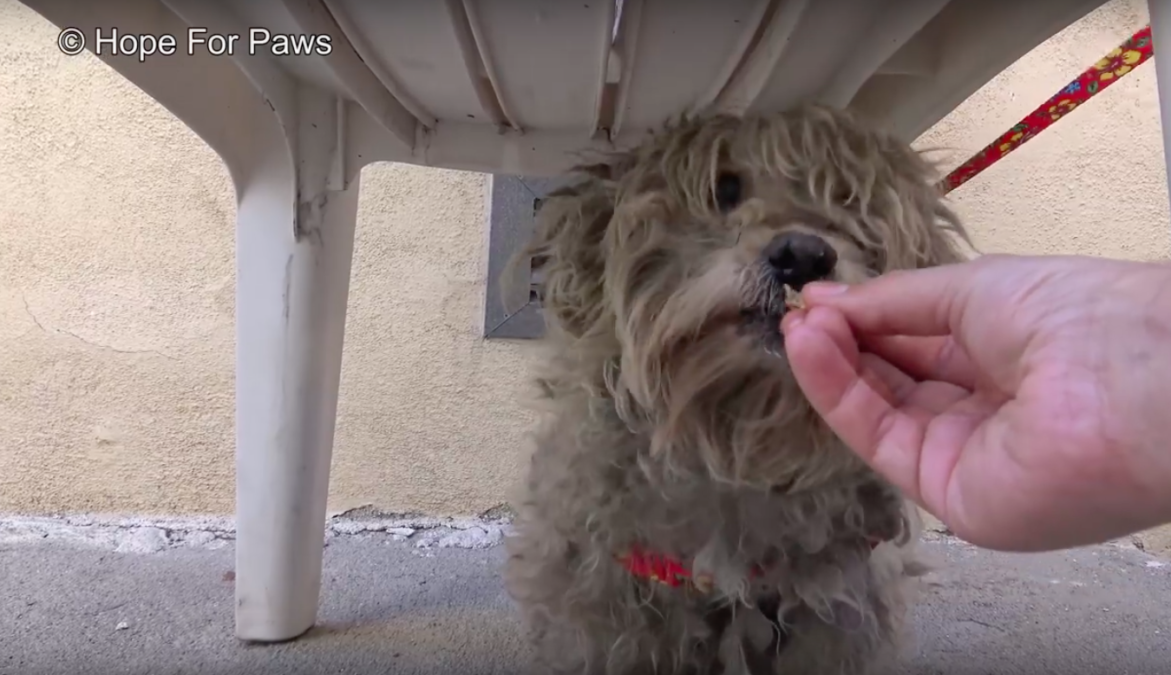 Once at the animal hospital, vets took a closer look at her and finally saw the extent of her medical issues. She had tumors all over and a badly broken leg, which is why she was limping. Although she was in a lot of pain, she cooperated well and allowed the vets to continue examining her. 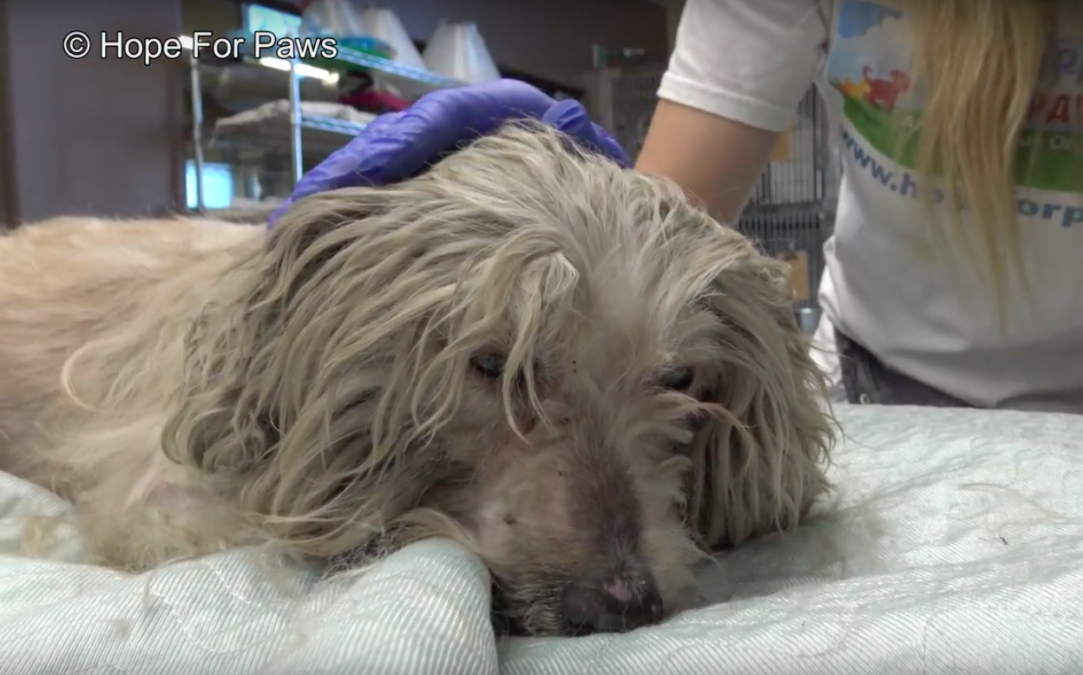 The next step was to sedate and medicate Sparrow in order for the medical team to be able to gently remove the dirty and matted hair at the site of the injury. The vet, Dr. Olds, performed surgery to fix her broken leg and remove the tumors. 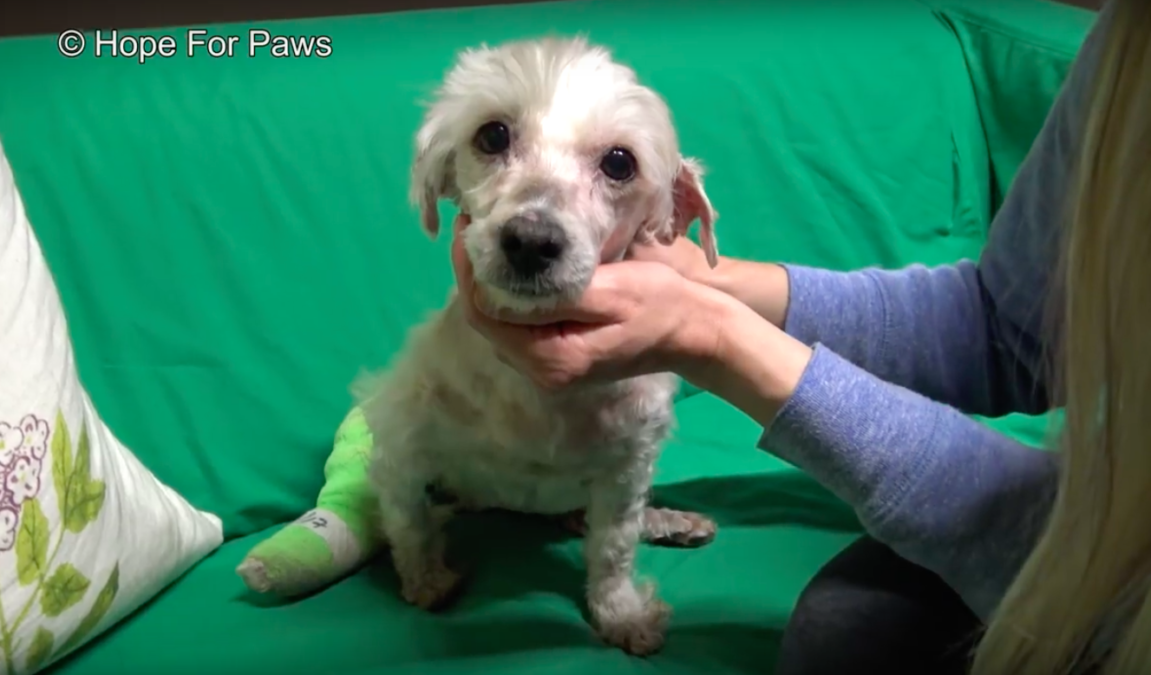 The surgery was a success and a few days later, Sparrow was already feeling much better and recovering well. It was obvious that Sparrow was so relieved to finally be rescued and in much less pain. She is such a friendly pup and was so happy to finally be getting love, attention and care. 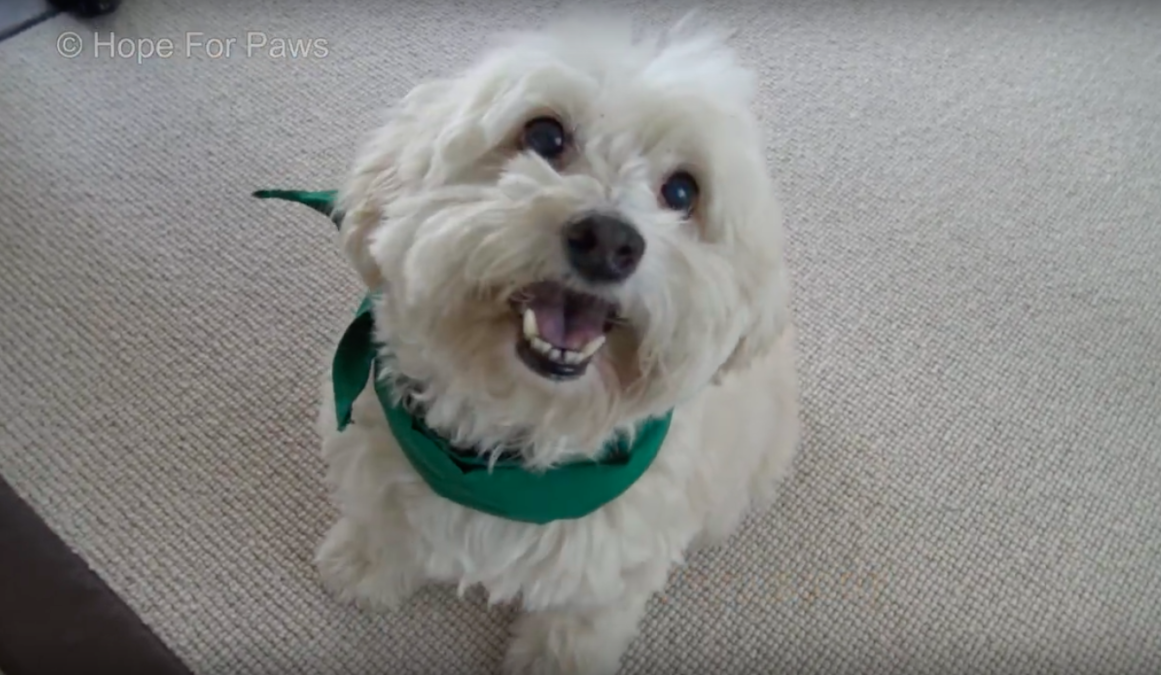 Today, Sparrow is a happy and healthy pup with beautiful fluffy hair! She also has a new loving forever home with a doggy sibling! Sparrow is so happy and her rescue and transformation would not be possible without Hope For Paws, Dr. Olds, and all of their amazing donors.

Watch her rescue and transformation in the video below: