Beware of guard squirrel….well, sort of.

Adam Pearl Sr. decided to rescue a squirrel named Joey, never realizing that the squirrel would eventually rescue him from trouble.

It all started when Pearl returned home from work one day to discover mysterious footsteps in the snow leading to his house. When he entered his house, he noticed things missing, as well as pry marks on his safe. He immediately checked on Joey and fortunately, he was OK. 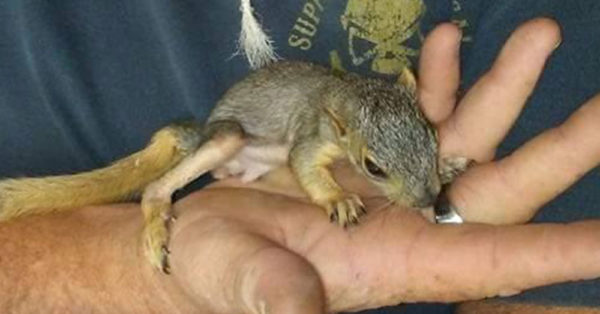 After realizing that his family was fine, he immediately called the police. A few hours later, Pearl got a call saying the burglar had been arrested. During routine questioning, the officer had noticed scratches on the man’s hand and asked if a squirrel had done it. The man said yes, adding that the attack had been relentless. 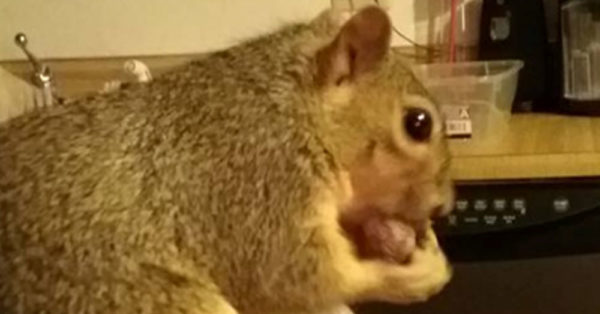 Pearl, whose stolen items were later returned, credits the newest member of his family for keeping his home safe.

“Joey attacked him and he didn’t want any more of that. So, who knows what he could have gotten away with?” Pearl told KIVI. “I have had dogs in the past, and I really don’t think they would have protected the house the way Joey did.”