A horrible smell was coming from a home in Lake Mathews, California. The stench was so unbearable that a neighbor who smelled it reported it. Animal control officials came to investigate, but they never expected to see what they discovered. 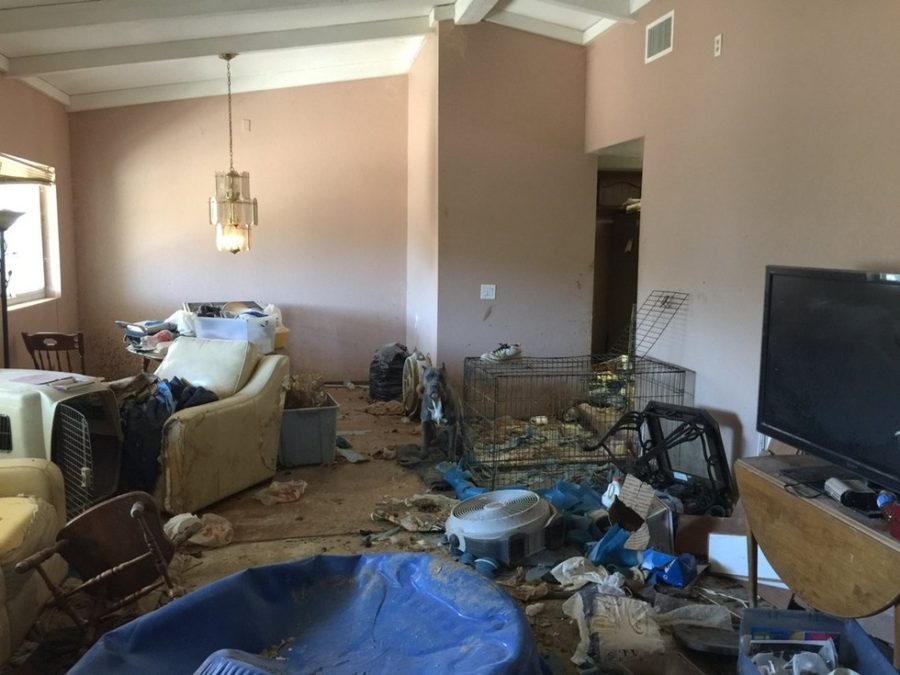 John Welsh, senior public information specialist with Riverside County Animal Services, equated what they saw to a horror movie. “We’re talking a scene from ‘Silence of the Lambs,’” Welsh told NBC Los Angeles. “It was the smell of death.” 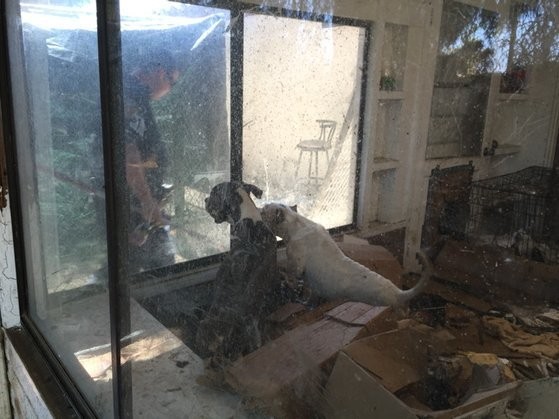 Inside the filthy home were 40 severely emaciated pit bulls, ranging from 8 months to 10 years old – sadly, 11 of them already dead. The living dogs were so weak, officials had to carry them out of the house. Evidence suggested that the owner was a one-time breeder. 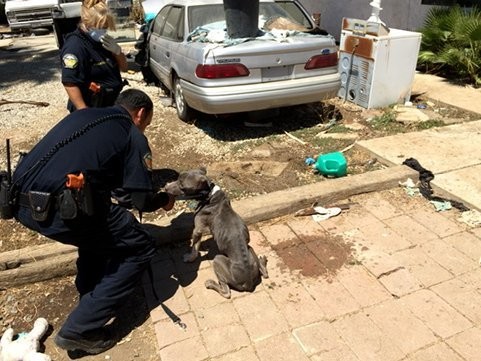 Their owner, Carl Dixon, was not in the house. They later learned that he had been in jail since May for trafficking illegal drugs, and clearly left the dogs in the home unattended since then. Officers are still looking for his wife, who is nowhere to be found. When Dixon was questioned in jail, he gave no comment and referred animal control officers to his lawyer. 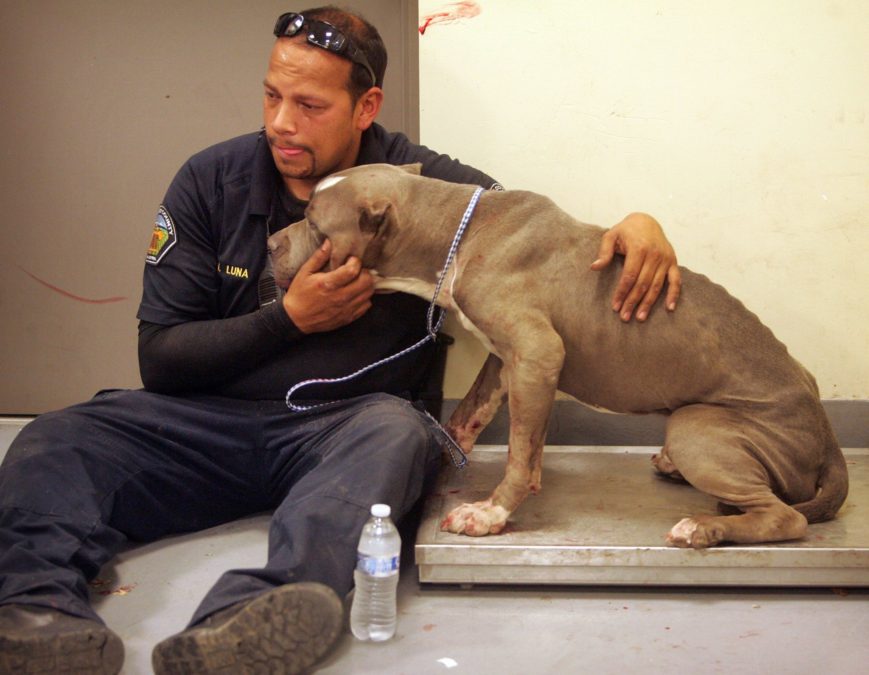 When rescuers were in the home, some of the pit bulls were very afraid, while others didn’t even hesitate to come right up to them. All they wanted was the love and attention that they had been missing for months. 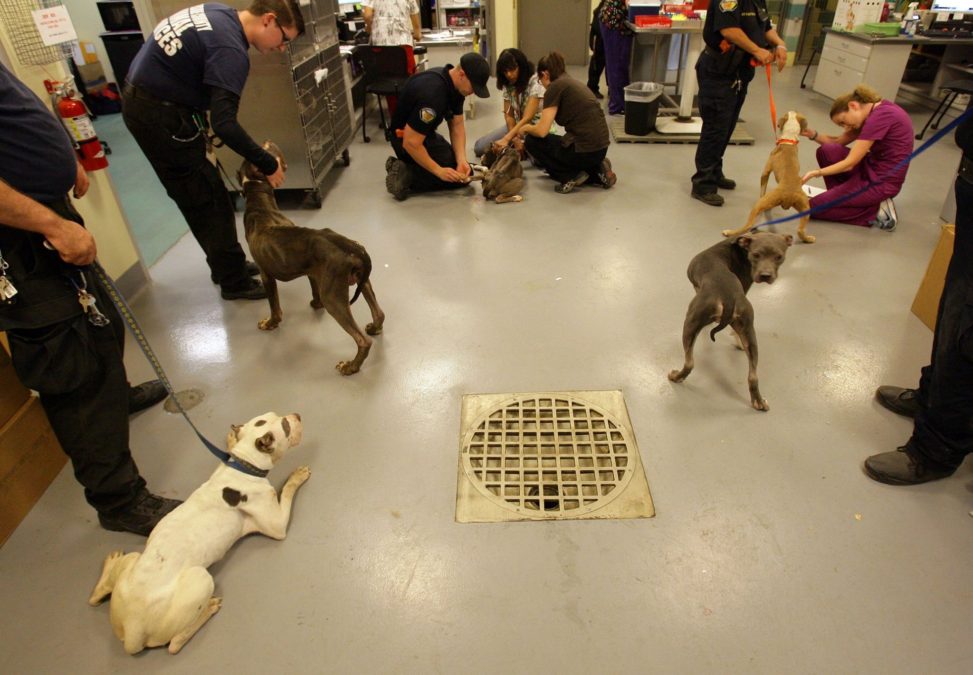 They immediately brought the dogs to an emergency care center where they would be treated and start their long recovery. They were put on good diet plans, and as you can see in the pictures, the dogs fattened up with no problem! 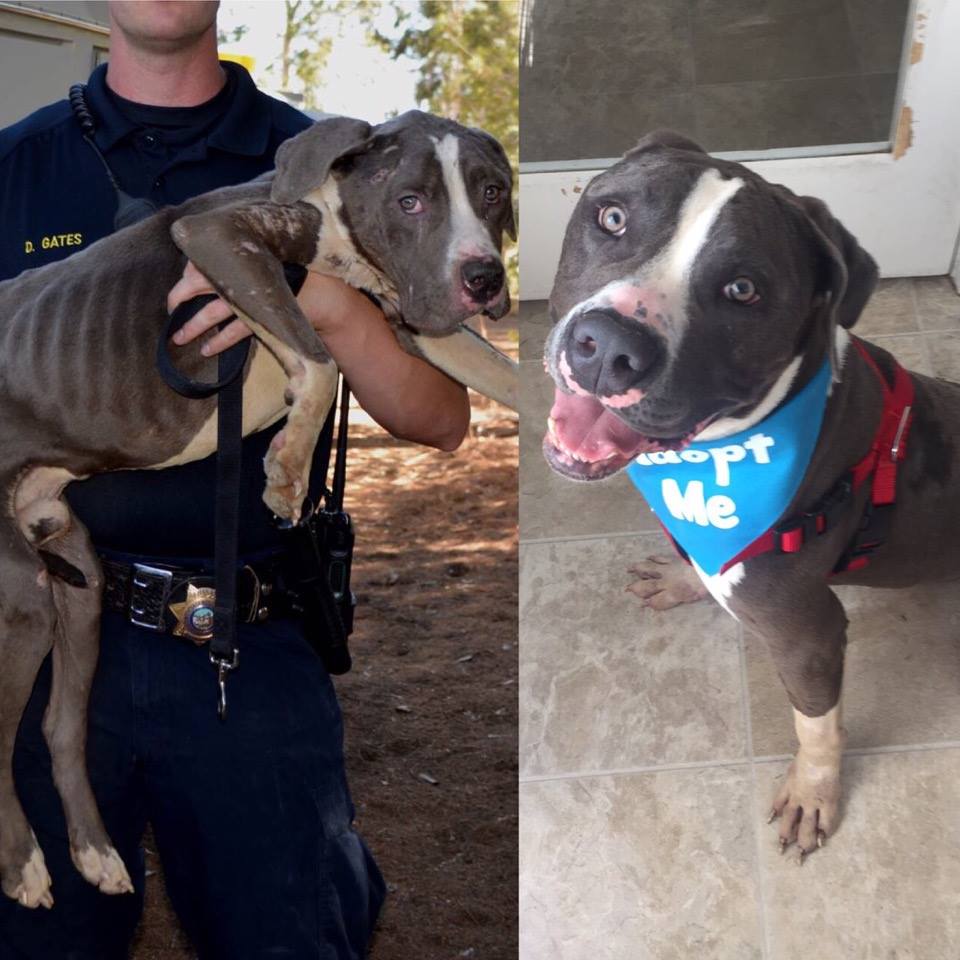 The dogs are now available for adoption, and will be receiving so much love and care in the meantime while they await their furever homes. 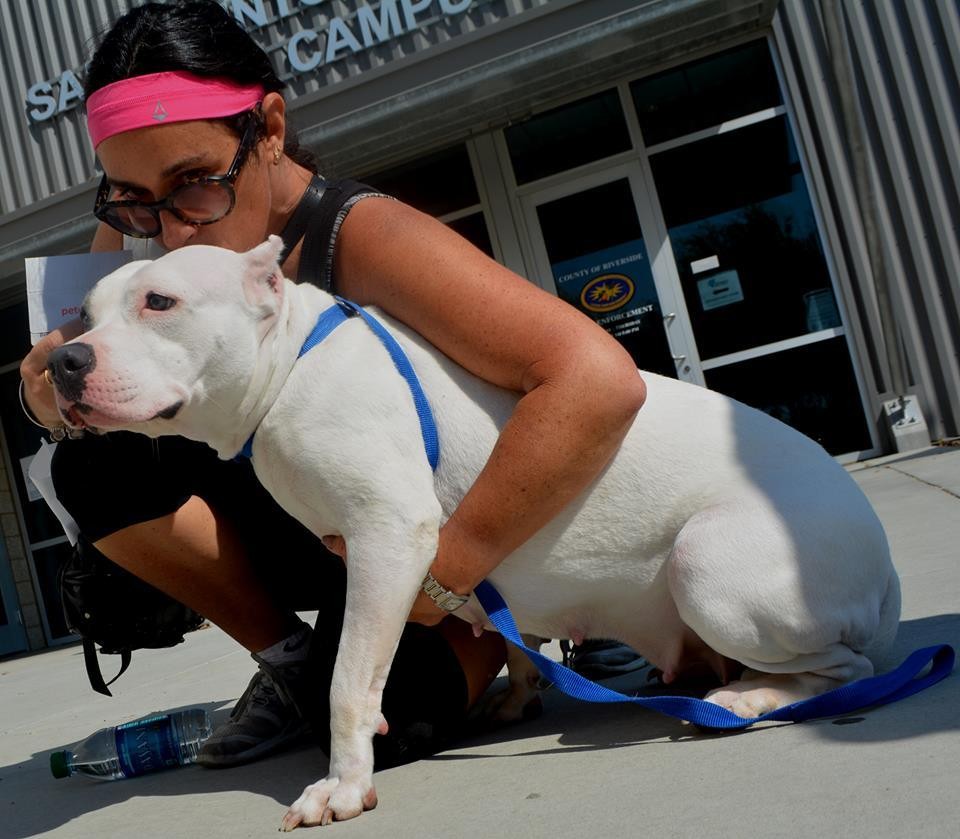 If you live in California and would like to adopt one of them, contact info@wagsandwalks.org for more information. 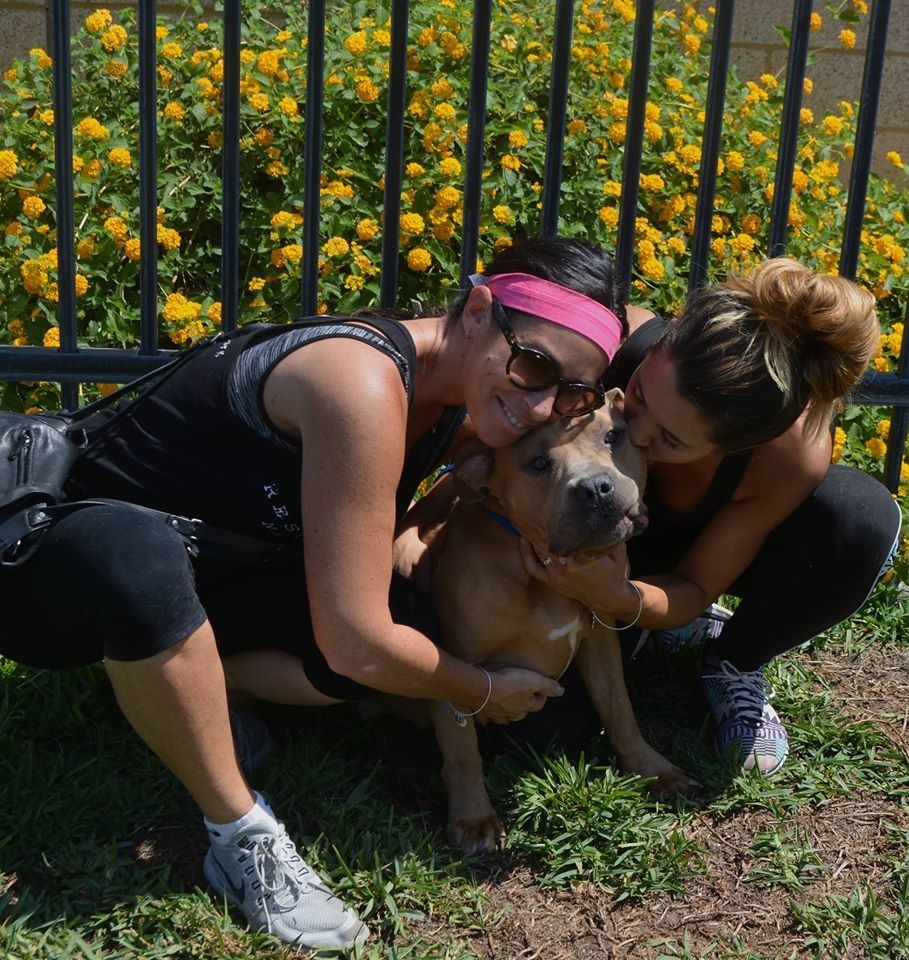