Hope For Paws, an animal rescue organization, received a call on their emergency line regarding a homeless dog who had just given birth and needed immediate help.

Rescuers rushed to the scene where they found the mother dog, who was very cooperative, lying in a bush with her puppies. It was obvious that she trusted rescuers and knew right away that they were there to help her and her newborn puppies. 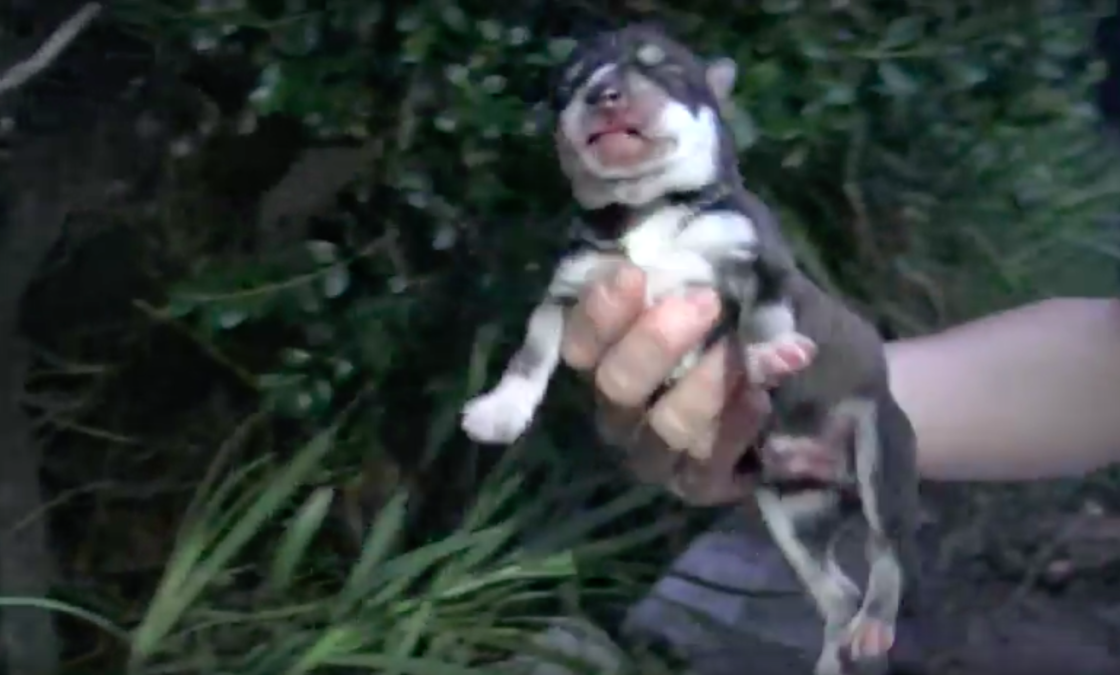 They laid a comforter out on the ground and pulled the puppies out of the bushes one by one. They were born only hours before rescuers arrived, so the puppies still had their eyes closed.

Once rescuers pulled out all six of her puppies, the mama dog came right out of the bush and peeked over the brick wall to heck on her babies. They were able to get the leash around her with ease, and she was extremely friendly. 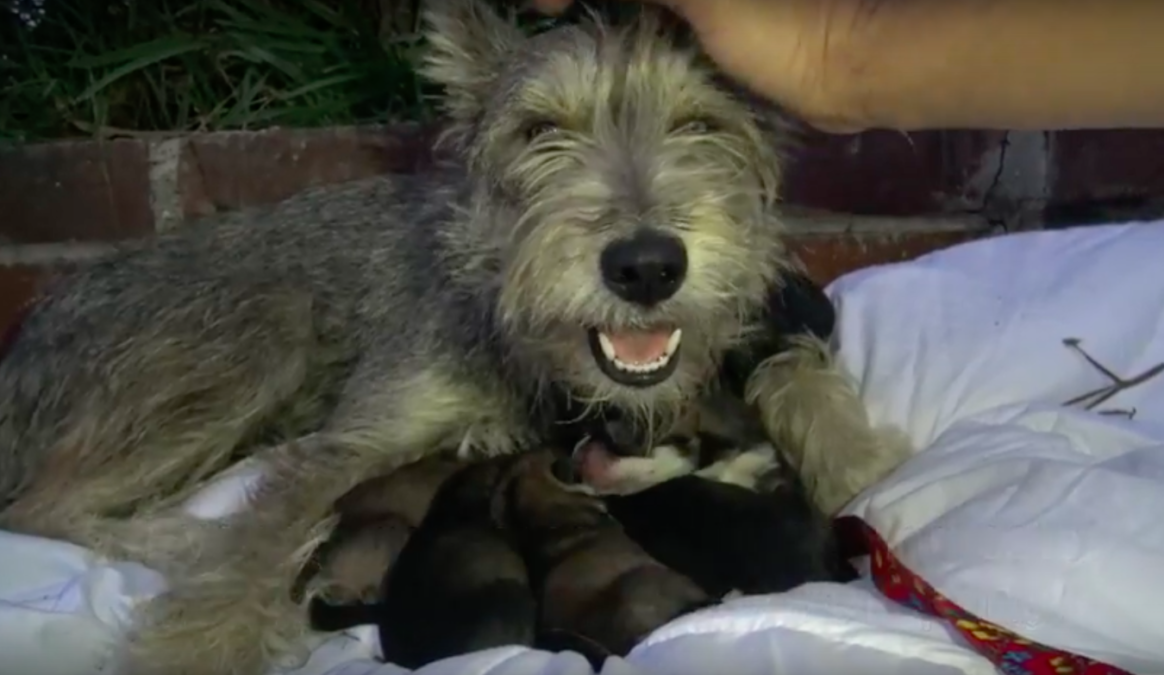 Many mama dogs are protective over their puppies and become aggressive toward rescuers while they’re trying to help, but thankfully this mama dog was different and very understanding.

They held up one of her puppies to coax the mama all the way out of the bush. 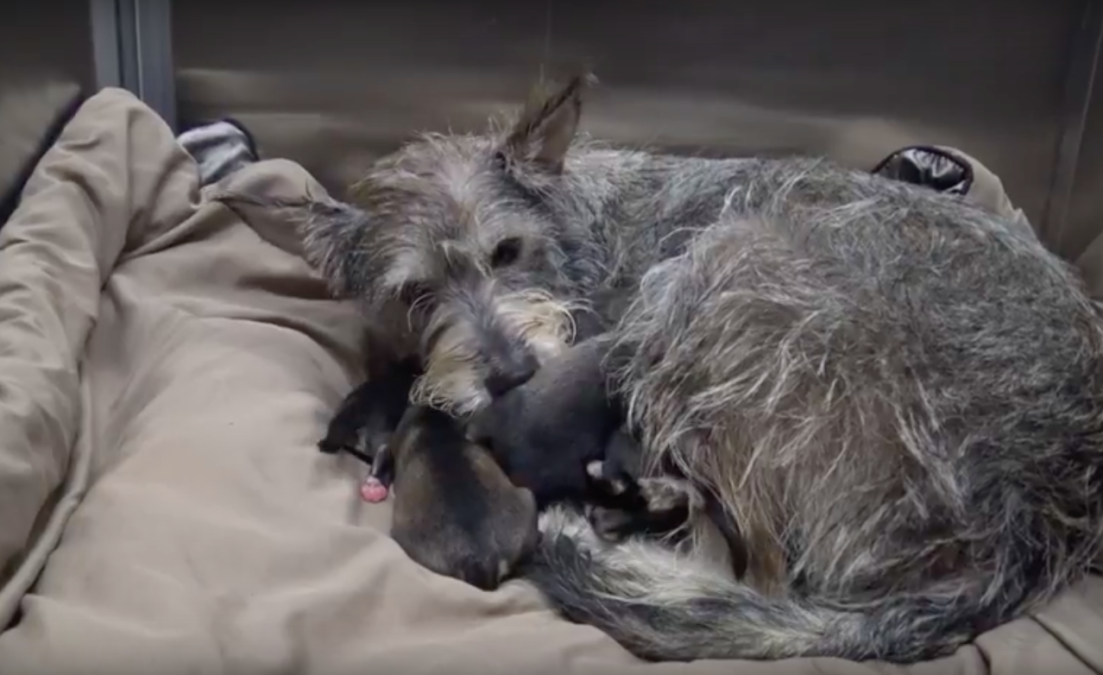 Every year, homeless dogs and cats give birth to thousands of babies. Since they are stray, they’re all at risk of getting sick and even dying. They have so many things against them – abuse, starvation, infection, cars, bad weather, wild animals, among so many other things. This is why it’s extremely important to spay and neuter. 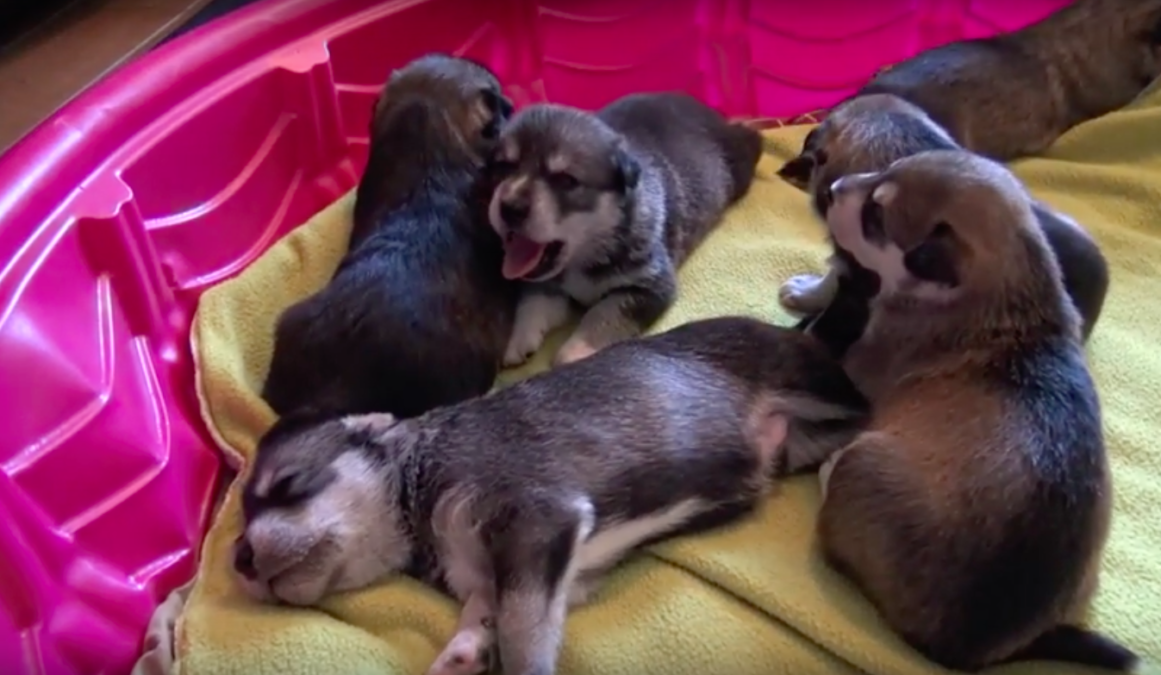 Luckily, this mama dog and her puppies were rescued and no longer have to worry about any of those bad things.

Rescuers brought the dog and her pups to the animal hospital where they were able to relax in blankets and feel comfort for the first time. They gave the mom a much-needed bath, and set up a warm bed and a nice dinner for the night. 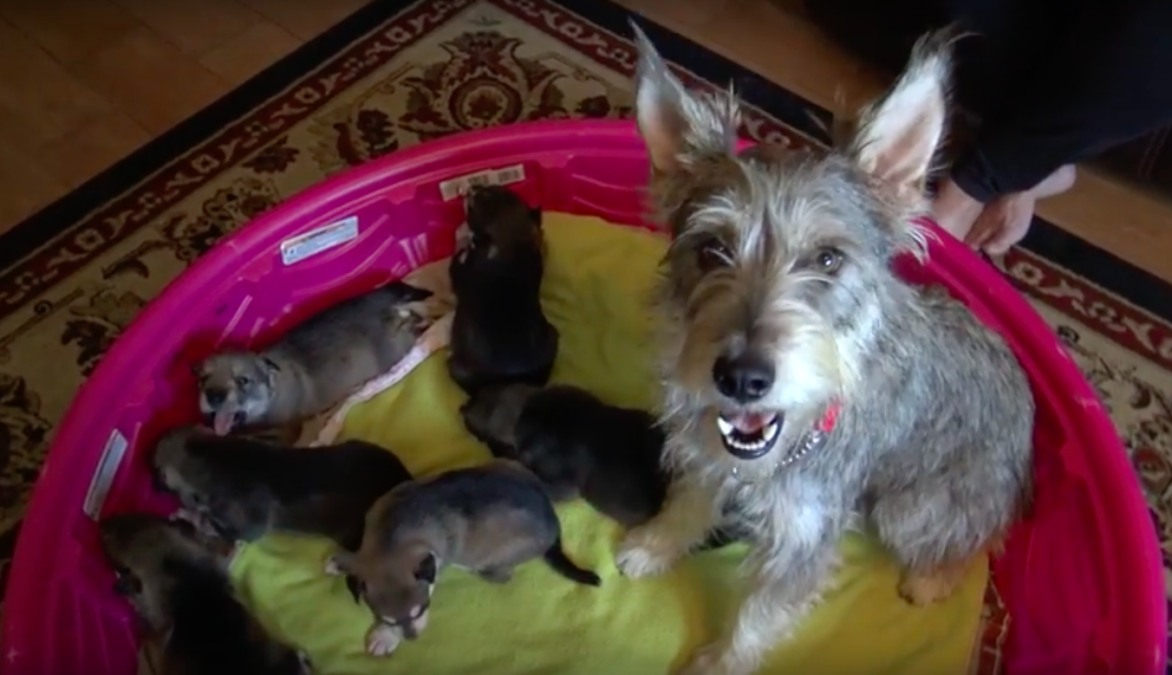 They named the mama Summer and her puppies Tanner, Diver, Surfer, Shelly, Sunny and Sandy. They all received a clean bill of health and went to live with a foster family.

If you’re interested in adopting Summer and her babies, visit www.ARTNPawsAnimalRescue.org.