This Pitbull Puppy Was Found Tied To A Pole, Then He Finds Out He Has One Big Secret Admirer

Elli Frank can’t and wouldn’t deny a dog in need, even on New Year’s Day.

Frank is the co-executive director of Mr. Bones and Co., which is an all-volunteer based animal welfare non-profit supporting animal rescue and advocacy in New York City. “Tater Tot” was injured and almost spent the holiday in pain, until Frank came to the rescue.

The dog, who’s between 10 and 12 months old, was brought into a Harlem shelter run by Animal Care Centers of New York City on New Year’s Eve.

Tater Tot was tied to a pole and had injuries in and out. Although Mr. Bones and Co. shelter was past capacity and administrators told her not to bring any more dogs, Frank saw the Facebook pictures about him and couldn’t get over the fact that Tater Tot needed a lot more care than he was currently getting . 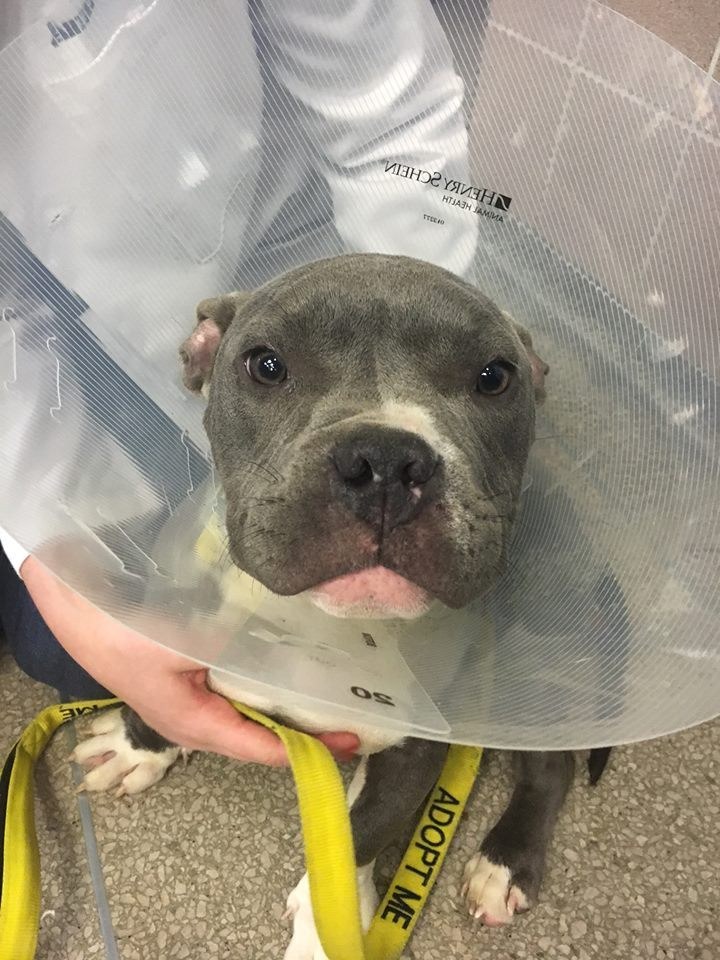 “I needed to do this,” Frank told the Dodo. “I think this dog’s urgency spoke for itself. I had to carry him like a baby. He couldn’t sit down in my car.”
While no one can say exactly how this dog got hurt, “It’s wasn’t naturally caused,” Frank says. It was clear that he would have suffered a lot longer had Frank opted not to make her case at the shelter door.”

“Despite this dog’s severe pain with two-and-a-half inches of the inside of his body hanging out of him, he was so happy and so resilient. And just … a tater tot, So we named him Tater Tot.” 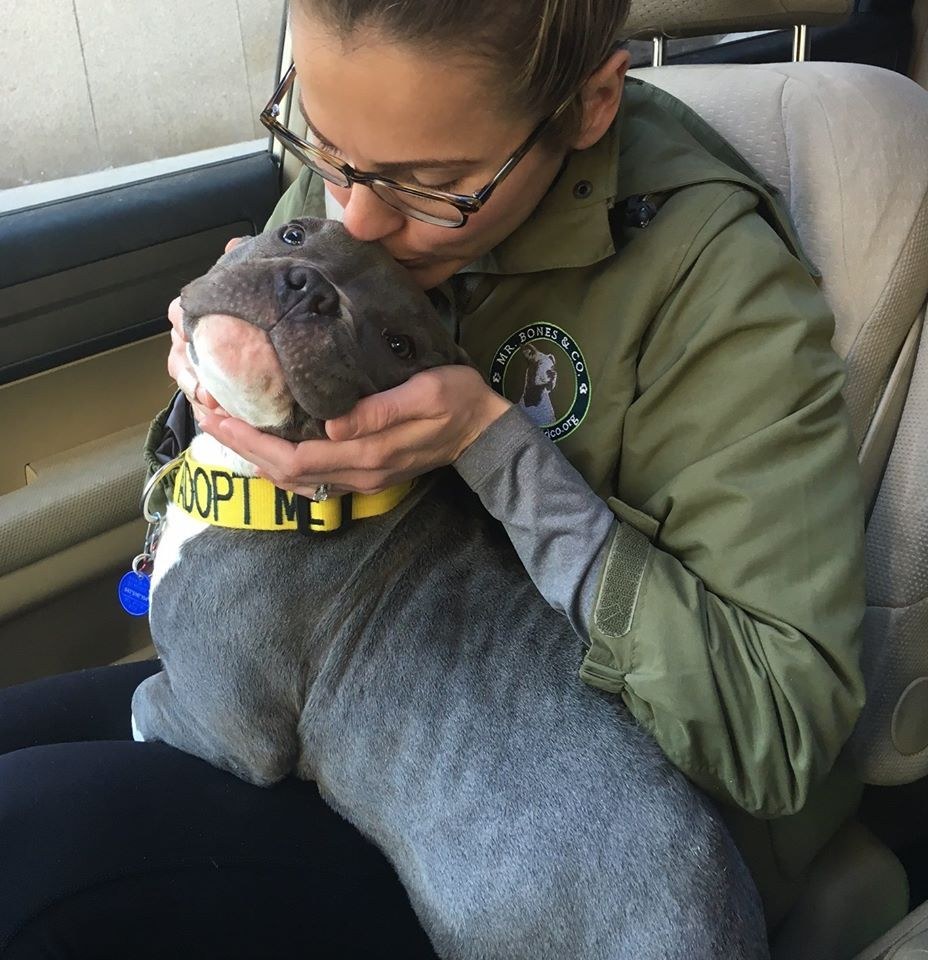 Now that Tater-Tot was in the right hands, he still had plenty of recovery to do…