Brave Firefighters Rescue Injured Puppy From A Burning Building, Then Give Him The Best Gift Of All

City of Newburgh firefighters rushed to the scene to extinguish a second-floor fire that broke out in a three-story building. Two dogs were trapped inside, so firefighters worked as fast as they could to find them.

Unfortunately, firefighter Chris Baum found one puppy unconscious, but they were sadly unable to save him. Once the fire was put out, they heard yelping and crying coming from one of the rooms. That’s when Lt. Anthony Muhammad found the second puppy hiding under a bed in the room where the fire started. He grabbed the pup and gave him to firefighters Jimmy Moore and Lt. Tim Dexter.

They brought the puppy outside for treatment. The poor little thing was badly burnt because the entire room that he was hiding in was engulfed in flames, except for his hiding place under the bed. They laid the puppy on the grass and gave him an oxygen mask to help him recover from all of the smoke that he had breathed into his tiny lungs. 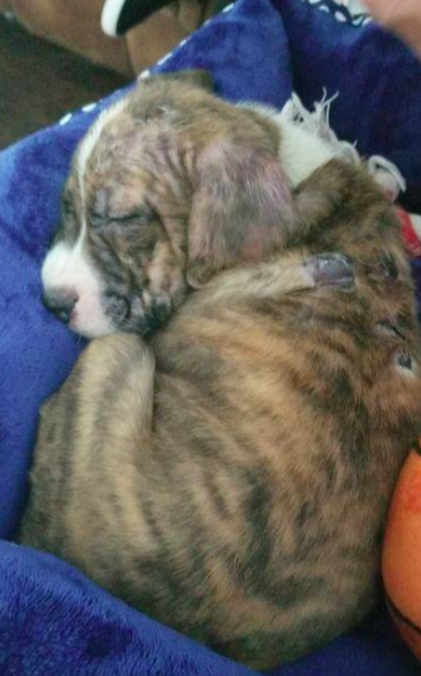 He was then taken to Flannery Animal Hospital in New Windsor, where he was treated for third-degree burns. Despite being so badly burned, the poor little pup is thankfully doing well. He is on the road to a great recovery! But sadly after this whole ordeal, his owners no longer wanted him. But thankfully he still got a happy ending. 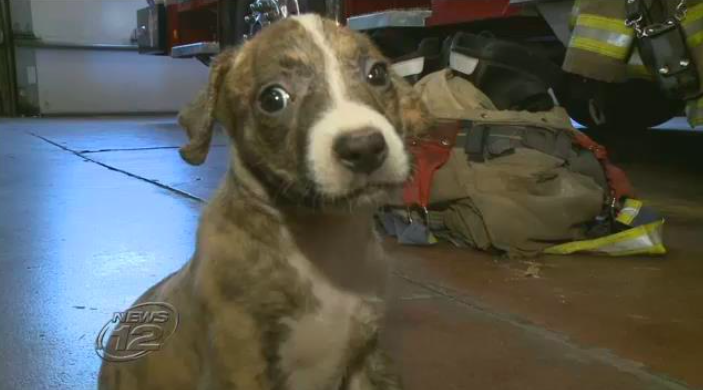 This puppy wouldn’t have survived if it weren’t for these brave, kind-hearted firefighters. But not only did they give him the gift of a second chance at life, they also gave him a forever home! Firefighter Moore was looking for a new puppy recently, so he and Lt. Dexter decided to adopt the puppy since he no longer had a home. 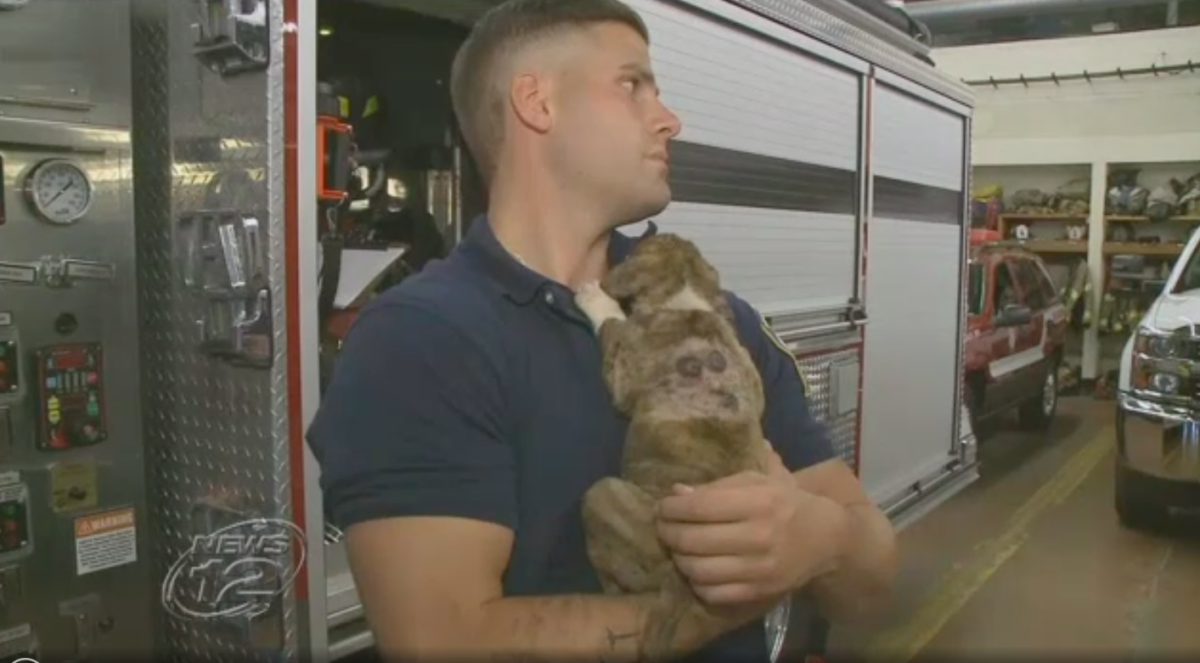 They named the six-week-old pup Titus after the Greek word “titos” for fire. Titus will now get to live a happy life with his new owners, who are not only his rescuers but now also his family! I’d say it was meant to be! 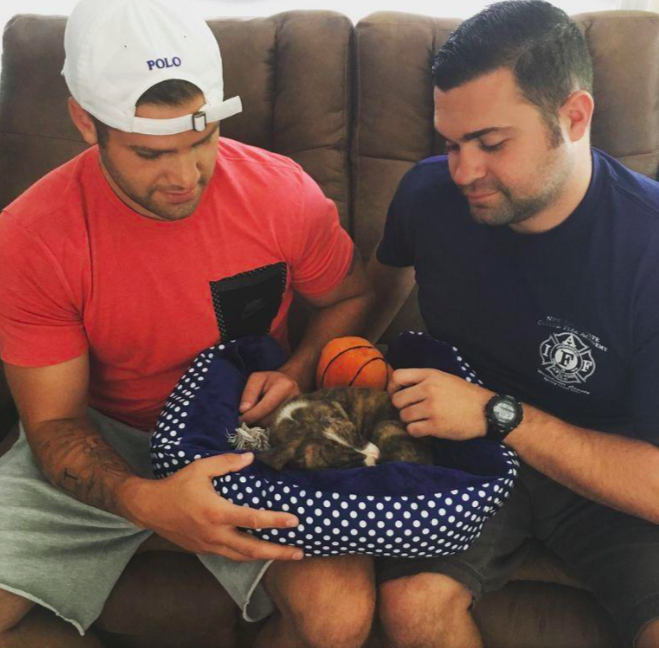