She had old scars and newer infected wounds on top of them, and the skin on her face was torn and swollen. It was a miracle that she was even still alive, and if it weren’t for the workers who saw her at the burn site where she showed up, she probably wouldn’t be alive today. 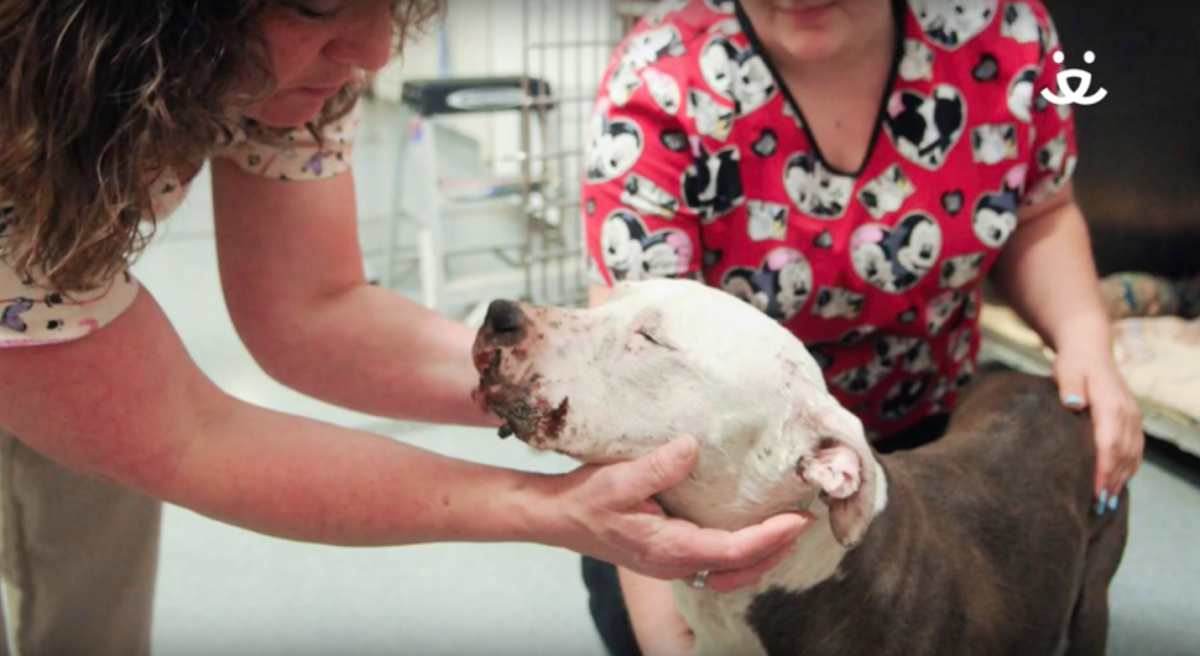 The workers quickly brought her to the local animal control department, who then took her to the veterinary hospital. Eventually she ended up at Best Friends Animal Society.

It was unknown exactly what Trinity had suffered through in her past, but the vets who examined her suspected that she had been forced into dogfighting. Trinity’s injuries were similar to those of a bait dog, a weak or submissive dog used as bait to train stronger, more confident dogs to partake in aggressive dog fights.

Trinity’s body was falling apart, but she never lost her smile. Despite everything she had been through, she showed zero signs of aggression and was very friendly and loving.

She underwent surgery to repair her wounds and then began her road to recovery. Usually dogs who are former bait dogs are scarred not only on the outside, but on the inside as well. But trinity showed no signs of any emotional damage or baggage that these dogs usually have. 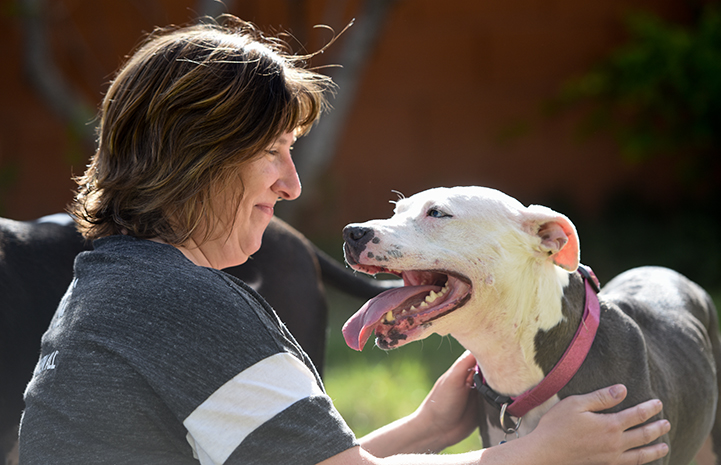 Trinity was willing to trust humans again, and just wanted to feel love and comfort for the first time in her life. And she got plenty of both! The staff at Best Friends took such great care of her. Aside from being friendly with humans, she was also great with other dogs. 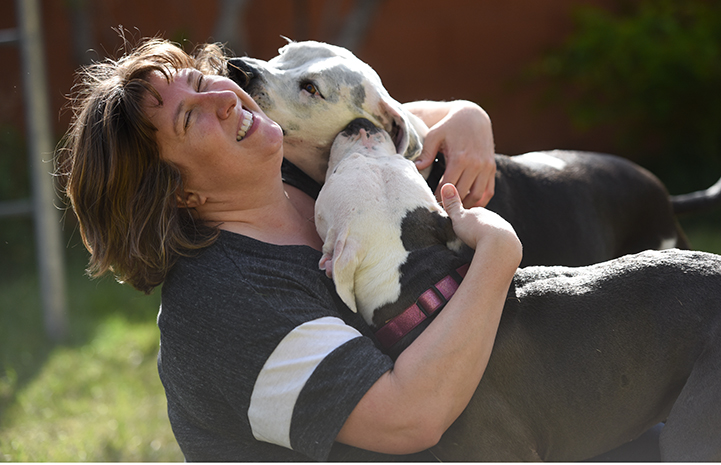 Best Friends knew that Trinity would have no problem getting adopted, and they were right! Weeks later, Trinity’s mom saw her and fell in love at first sight. And the feeling was mutual. Trinity climbed up on her new mom’s lap and showered her with licks and kisses. 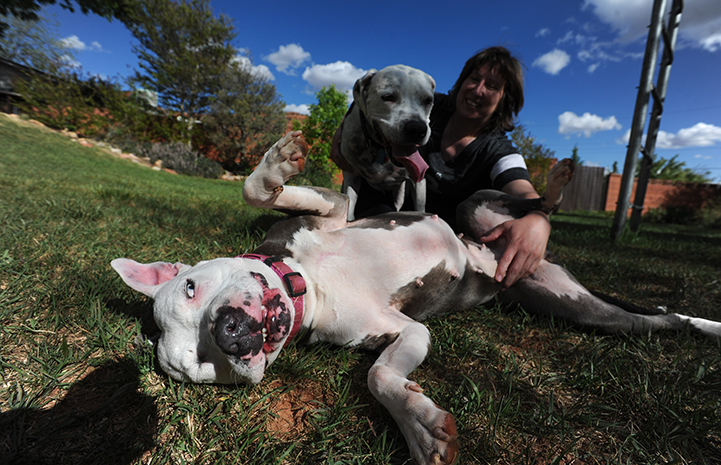 Trinity had a very rough past, but now she has a wonderful home with a loving family who will show her nothing but love and compassion.