Owner Reunites With His Cat That He Lost 11 Years Ago, But Decides That Someone Else Can Have Him….

According to the Dodo, while no one exactly where T-Shirt went for the first seven years after he went missing, we do know that for the past four years he’d been living in the same neighborhood, being fed by everyone who lived there. It turns out that neighborhood was only a few blocks from where he originally went missing.

When T-Shirt was hit by a car, the person who’d been feeding and caring for him the most brought him to the vet to get him treated. The vet scanned T-Shirt for a microchip, and found out he belonged to Jones. He was shocked and overjoyed when he got the call that his cat had been found. He was so relieved to know that he was alive and well, and that he had somehow made a life for himself during all those years he’d been away. 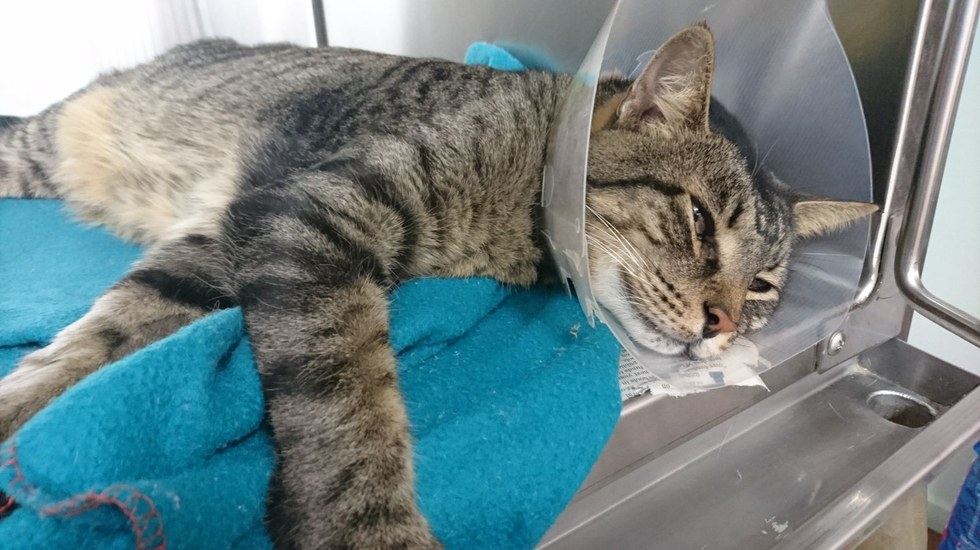 When Jones went to reunite with T-Shirt, he found out that he wasn’t the only one checking up on him. The man who brought T-Shirt in called him Keemo, and had been caring for him steadily for around two years. He and T-Shirt had formed a special bond over the time they’d been together.

“I did want T-Shirt back, but knowing what T-Shirt is like and the fact that this guy actually spent more time with T-Shirt than I did, I thought, he should keep him,” Jones told the Dodo. “T-Shirt clearly likes living in the area and I made sure that I will be able to visit T-Shirt and check in on him.”

Jones ended up splitting the cost of T-Shirt’s vet expenses with his new owner, who took the cat in as his own and now sends Jones regular updates about how the cat is doing. Even though he misses and loves T-Shirt, Jones knows his new dad loves him too, and will give him the life he deserves. I don’t think there is such a thing as an “ideal ending” to this story, but both sides are happy and the most importantly the cat is healthy! 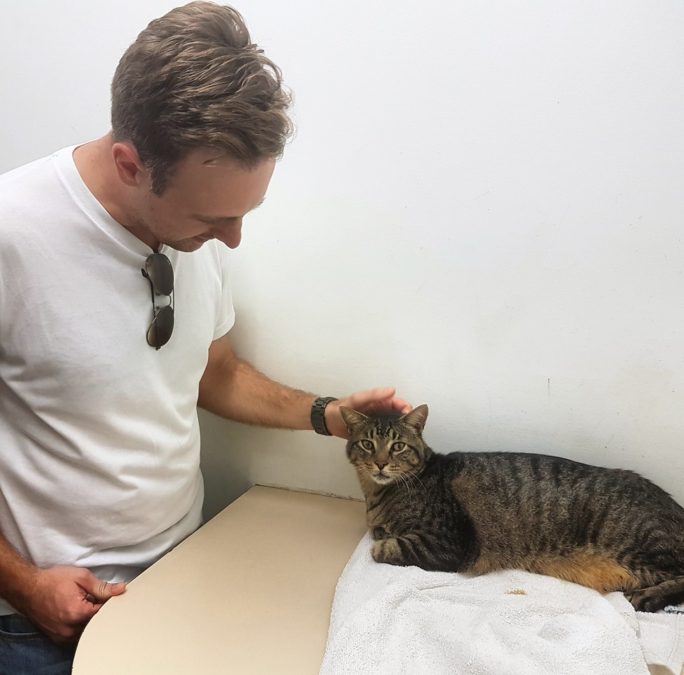