Dallas Cowboys wide receiver Lucky Whitehead adopted a pit bull named Blitz about eight weeks ago at nine weeks old, and immediately developed a special bond with him. Whitehead took Blitz everywhere with him, and the two of them were enjoying their time together.

But Whitehead’s world came crashing down when Blitz was dog-napped from him. Whitehead left Blitz with a close friend while he was out of town. The friend had left to run errands, and when he got back, Blitz’s cage was open and the pup was gone. 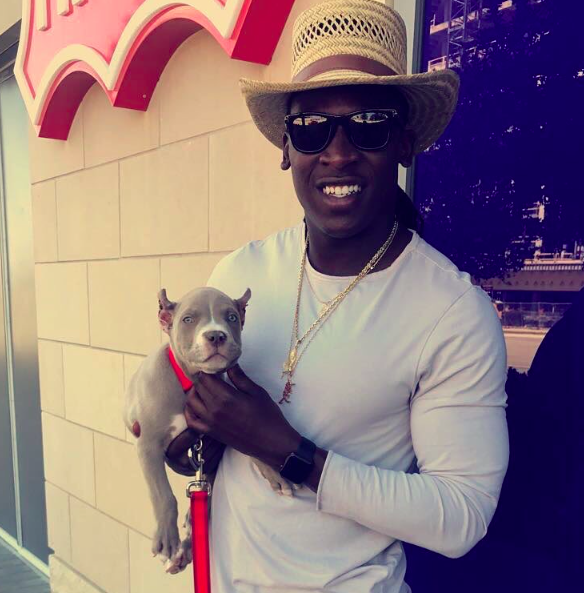 Whitehead’s friend immediately called up Whitehead to explain to him what had happened. Then Whitehead started getting calls from blocked numbers asking for ransom.

“It was tough,” Whitehead told ABC News. “I was getting blocked calls asking for the dog, how much the dog means to me, how much am I willing to pay for the dog.” 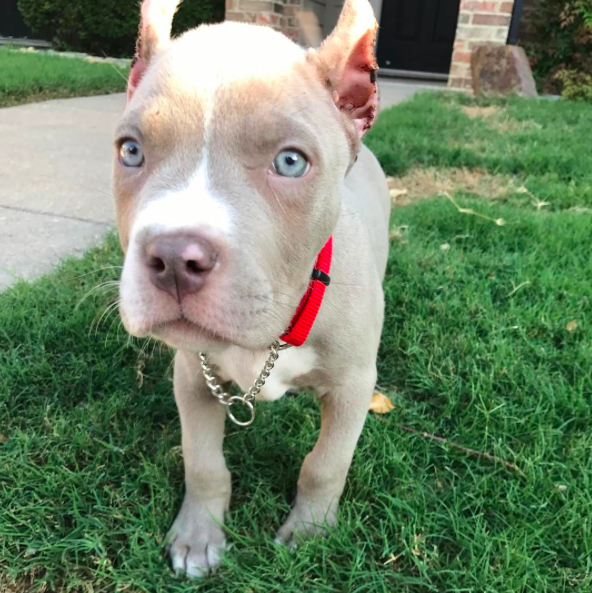 Although this type of situation is extremely sad and scary, it is very common. According to the AKC, more than 500 dogs were stolen in 2016.

Because of this, it’s important to leave out specific information about your dog’s whereabouts, if you’re going to post pictures of it on social media. 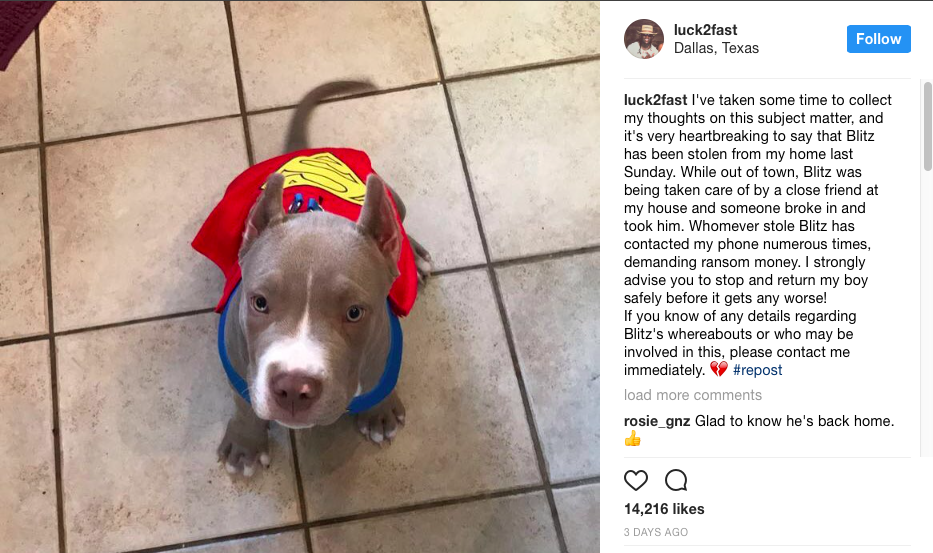 Whitehead took to social media to try and gain the public’s help with finding his beloved puppy. Thankfully, his plea worked! A man who saw Whitehead’s Instagram post contacted him, explaining that he bought Blitz from someone, not knowing that the puppy was stolen. 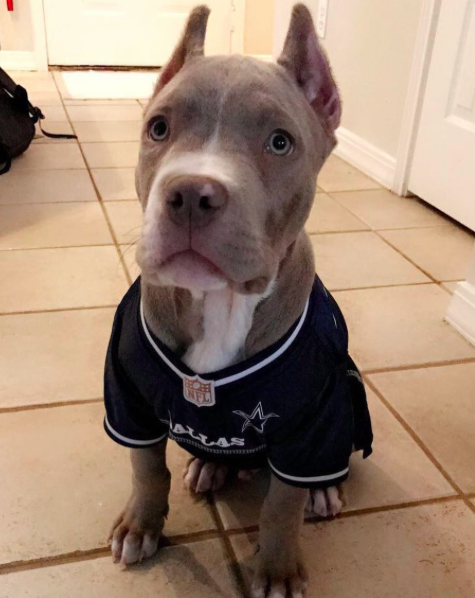 Whitehead was ecstatic to finally have his sweet pup back, and never wants to leave his side ever again.

An investigation on the theft is still ongoing.