Man Is Brought To Tears When Reuniting With His Best Friend, Lost For A Month In The Woods

A ten-year-old dog was lost in the woods for nearly a month after she strayed from the deer lodge where she and her owner were staying while on vacation. Her owner searched for her endlessly, but to no avail.

Finally, the dog was found struggling to walk through the woods by a vet tech who was on a camping trip at Kading campground near Little Black Foot River. 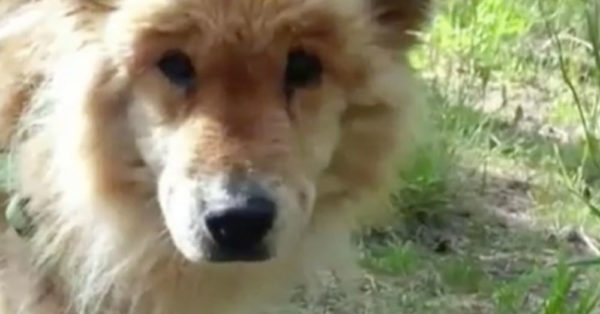 The dog, named Sandy, was in horrible shape. She could barely stand, and her body was severely emaciated. She had an extremely matted coat which was covered in feces, ticks and grass seeds.

The vet tech brought her to Alpine Animal Clinic, where Sandy was then examined and shaved. They believe she would have only survived a couple of more days in the woods before she would have died. 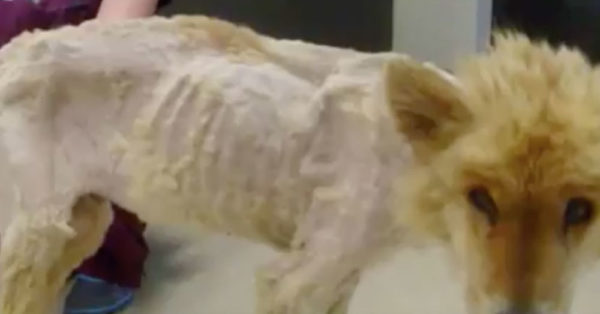 They gave her food and did their best to get her back to normal. Then they made it a priority to find her owner using social media. They posted a picture of her on their Facebook page, in the hopes that her owner would see it. The post had nearly 5,000 shares and reached 200,000 people before Sandy’s human knew about it. A friend of his saw the post and immediately let him know about it.

Her human then rushed to the clinic to reunite with his furry best friend for the first time in a month. Sandy immediately recognized him, and it brought her human to tears. Seeing their sweet reunion brought the entire vet staff to tears as well. 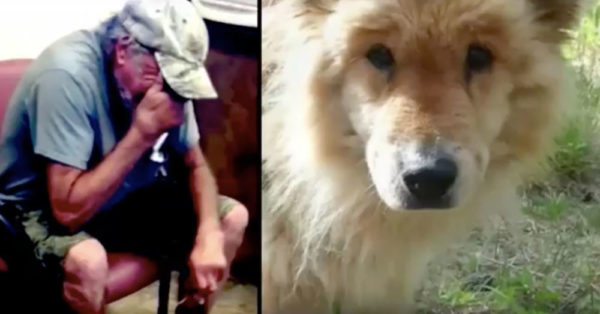 Their reunion was the first time they saw Sandy lift her tail and wag. She was finally back with her favorite person. Watch their heartwarming reunion in the video below: